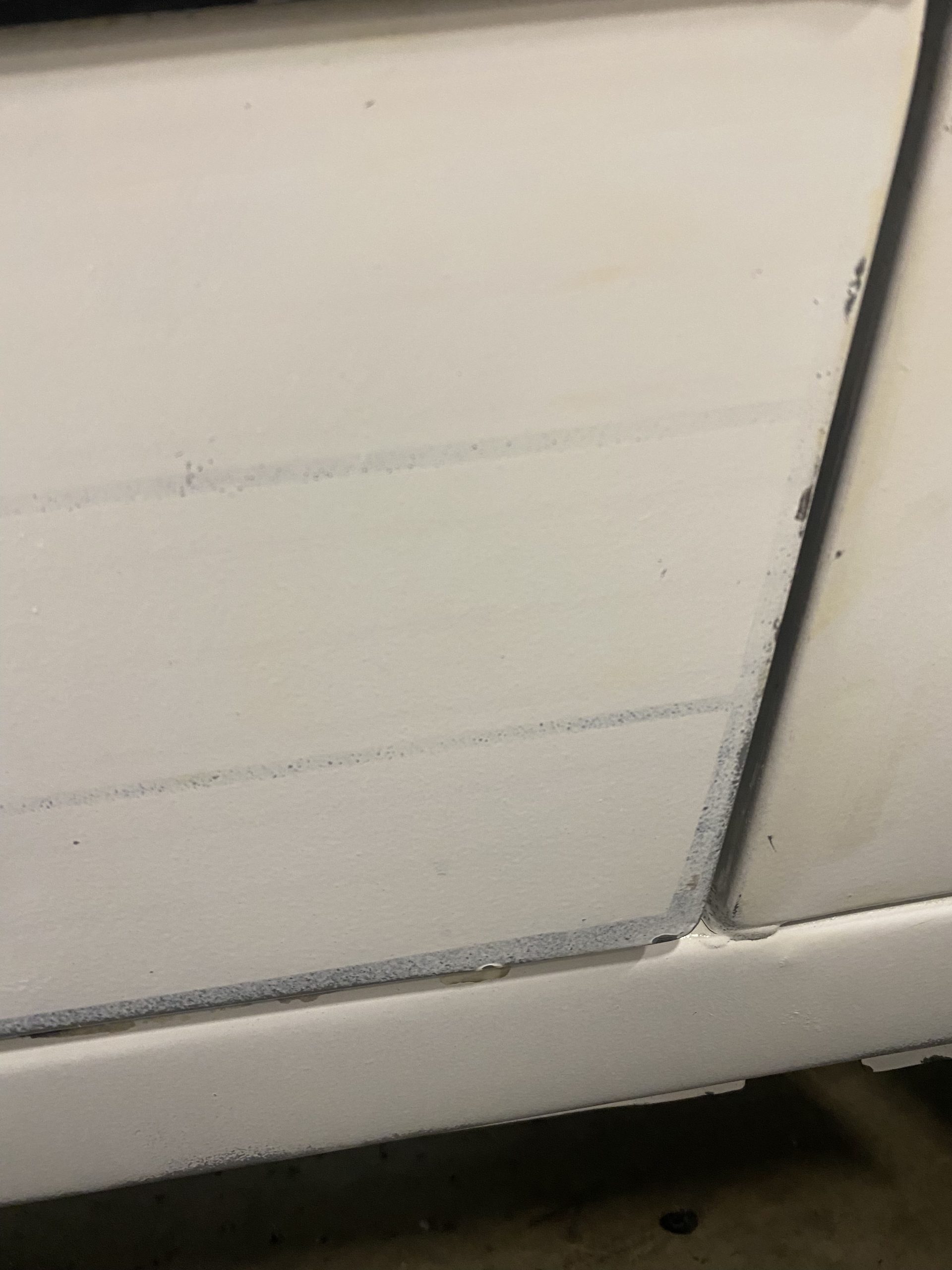 Well, well… what do we have here?

What you are looking at are the ghost images of the original stripes on the car.  Mark and I talk about how Saleen is “consistently inconsistent” and this is a great example of an overlap in design and production.

Starting in 1989, Saleen changed their logo and started with the “triangle A” logo that we all are familiar with today.  1989 was the first year this was used.  Prior to 1989 the windshield said “Saleen Mustang”.  See pic below of a 1988. From 1984 to 1988, Saleen used a three stripe design below the belt line molding of the door. Starting in 1989 there was the “S” logo with the 9 stripe kit and that was used through the end of Foxbody Mustang production in 1993.  See pic below for reference of a 1989 Saleen. 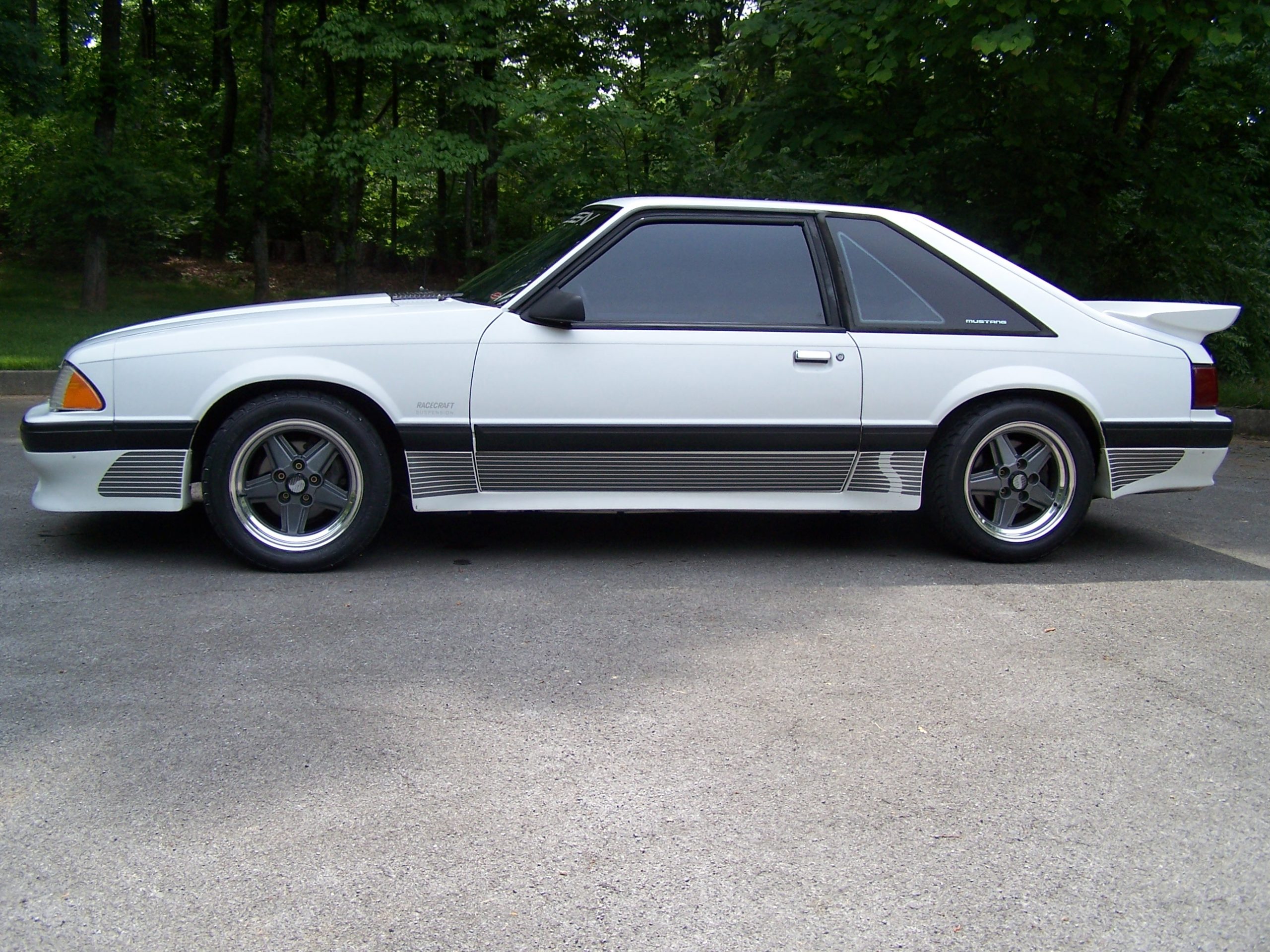 Above is the pic of our old 1989 Saleen #448 and you can see that the stripes are a 9 stripe design with the Saleen S logo just behind the door. 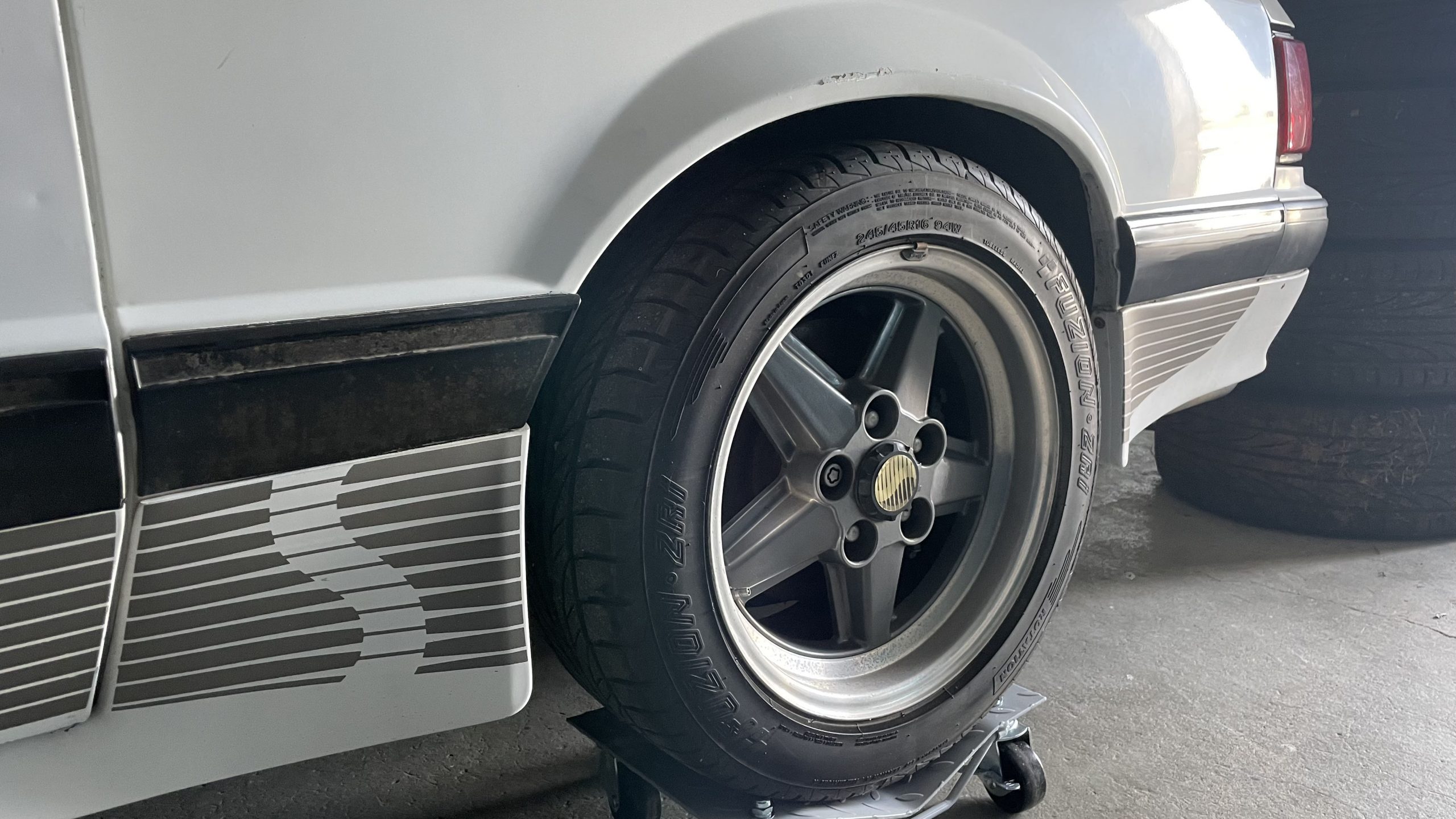 What we are finding out is that this car has had the 9 stripe kit put on it and its likely that it was done when the repairs were made to it from a small accident of some kind.  This may have been in the early 1990’s as the current owners have had it a long time.

So this car is a “transition” car in early 1989. It was delivered with the “triangle A” Saleen logo on the windshield, door panels, and gauges. BUT, it had the 1988 three stripe kit on it when it left Saleen.

In talking with the owners, they have decided to put the three stripe kit back on it to put the car back as it was delivered from Saleen.  Pretty cool details we’re finding.

Below are a couple of pics of the engine bay being taken care of in the paint shop. 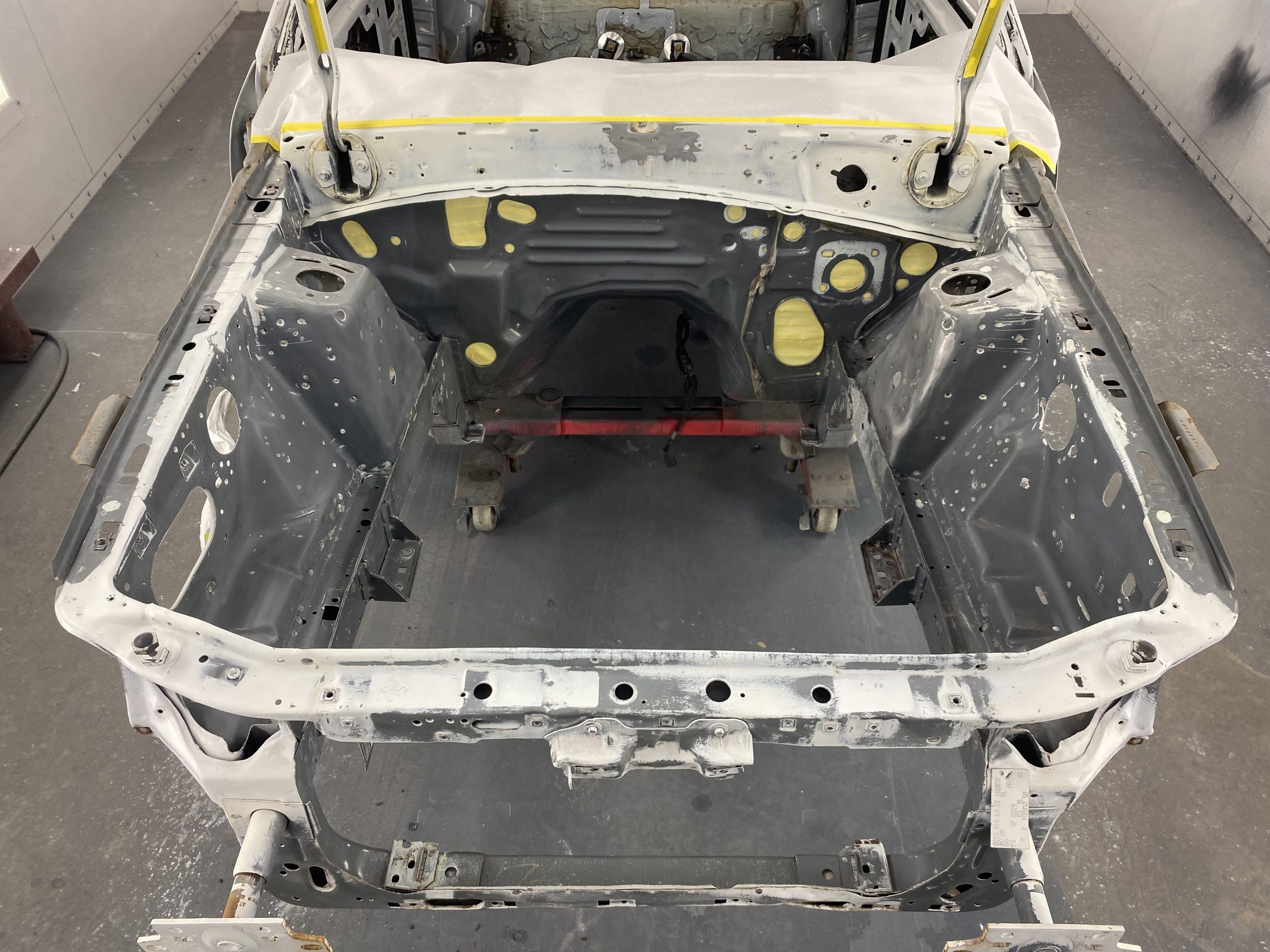 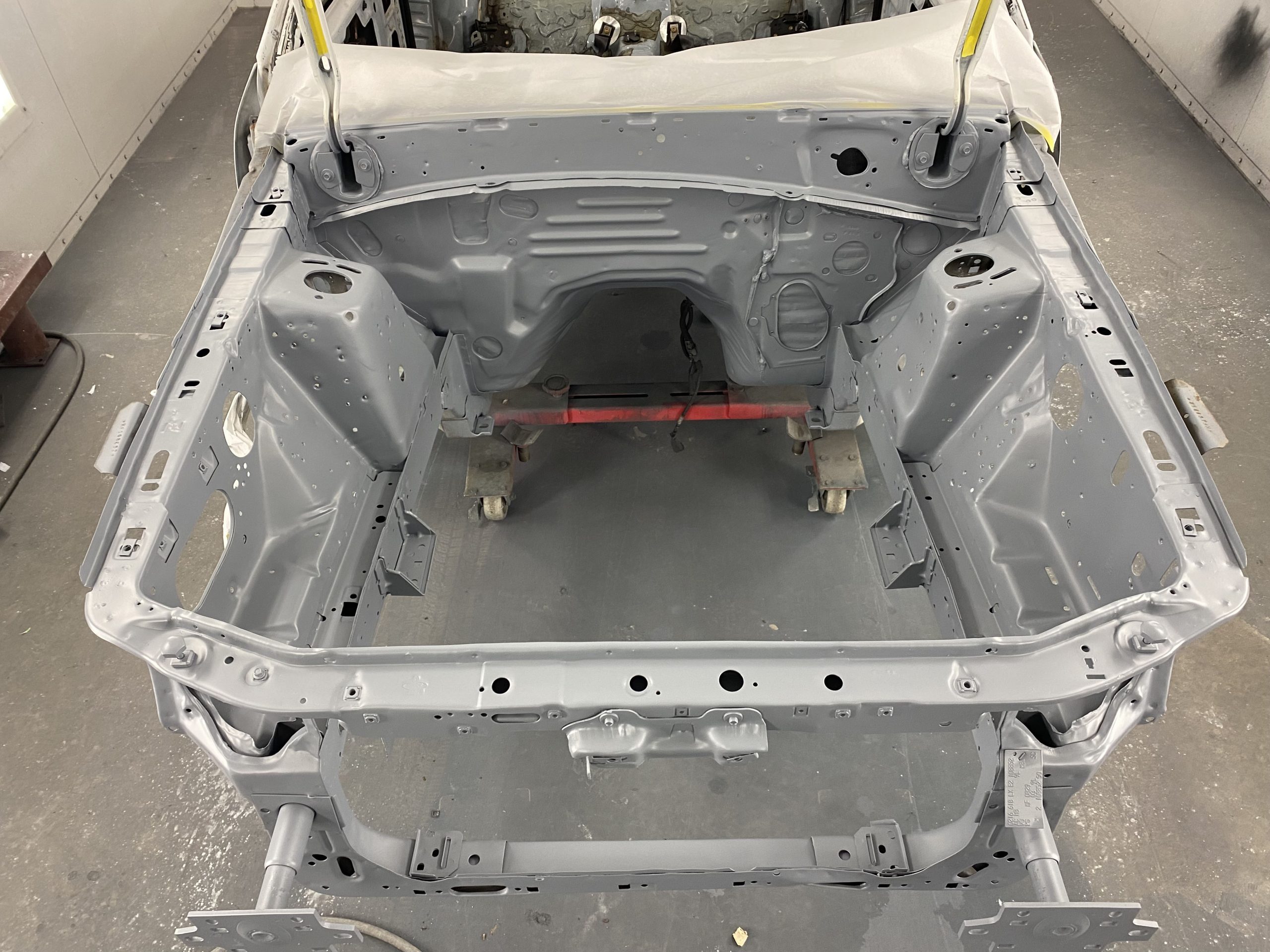