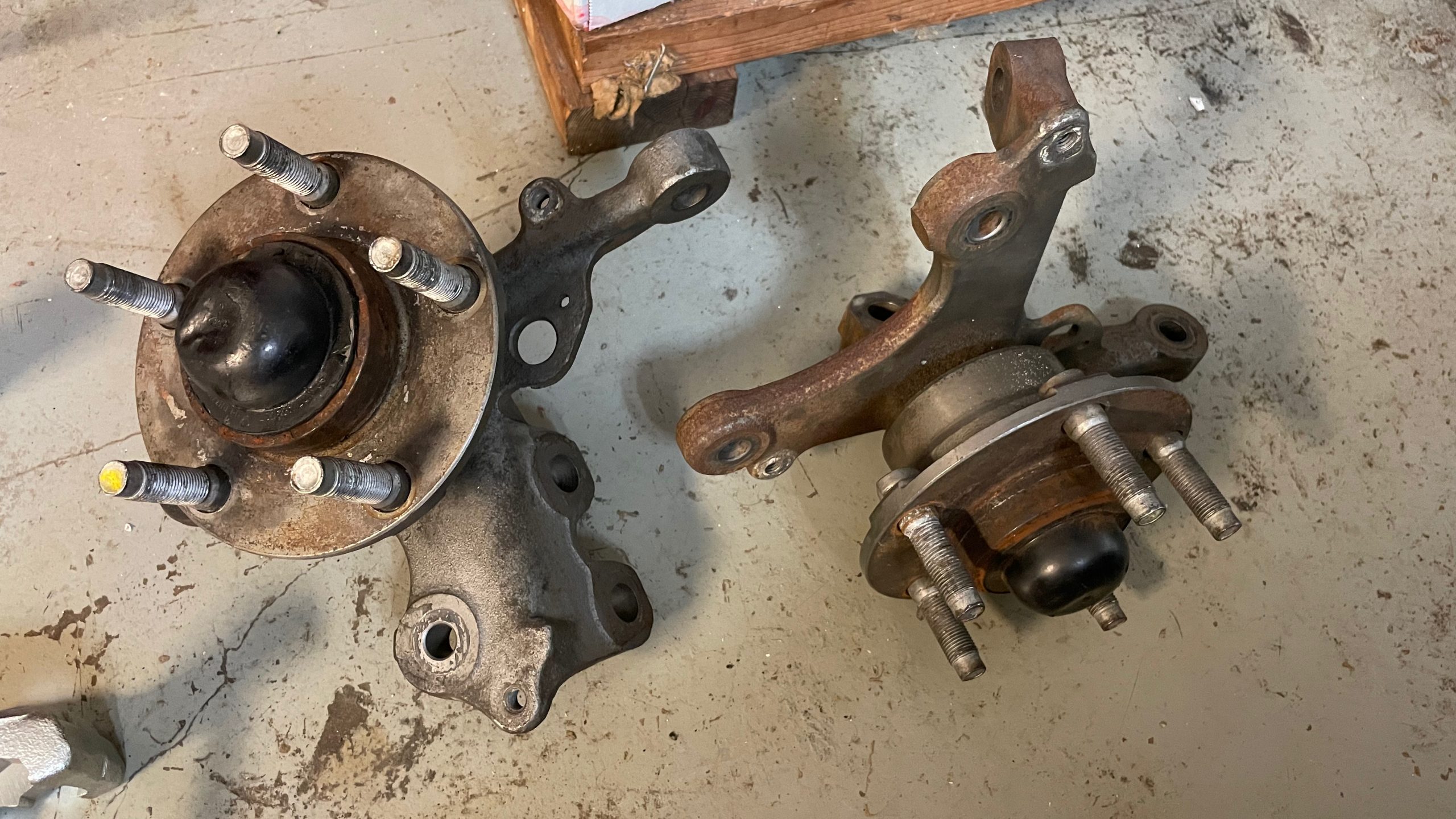 I can be hard headed when it comes to making something work.  Those that know me well enough will say “Duh!” because I’ll often bang my head against a brick wall over and over to the point of bleeding never giving up that same path.  For the longest time I’ve been trying to make these Baer Brakes work. In This Post I talk about getting those Baer Spindles and Rotors. And I was bound and determined to make them work.

But, when I realized the chassis had been modified to accept the SN95 sway bars and that requires the use of SN95 Mustang front lower control arms. And while I could make something work by putting older style balljoints in the SN95 control arms, I decided that I would just succumb to the fact that the 1996-2004 Mustang spindles are the widest accepted spindle by those building brake kits and parts for these Mustangs. Steering angles on the K member, control arm mounting points as well as ball joints that are used by the race parts manufacturers are all set up to work best with the 1996-04 Mustang spindles.

So with that, I had this set if 1996-2004 Mustang Spindles in a box from a previous project. Saving them for a day like this.  They came with a brake kit I bought 6-7 years ago and I just shelved them.

So these spindles combined with some 1994-04 Mustang Cobra rotors I recently scored at the junkyard and the calipers I had bought for the Baer setup will just about round out the brakes.  All I need are some brackets. 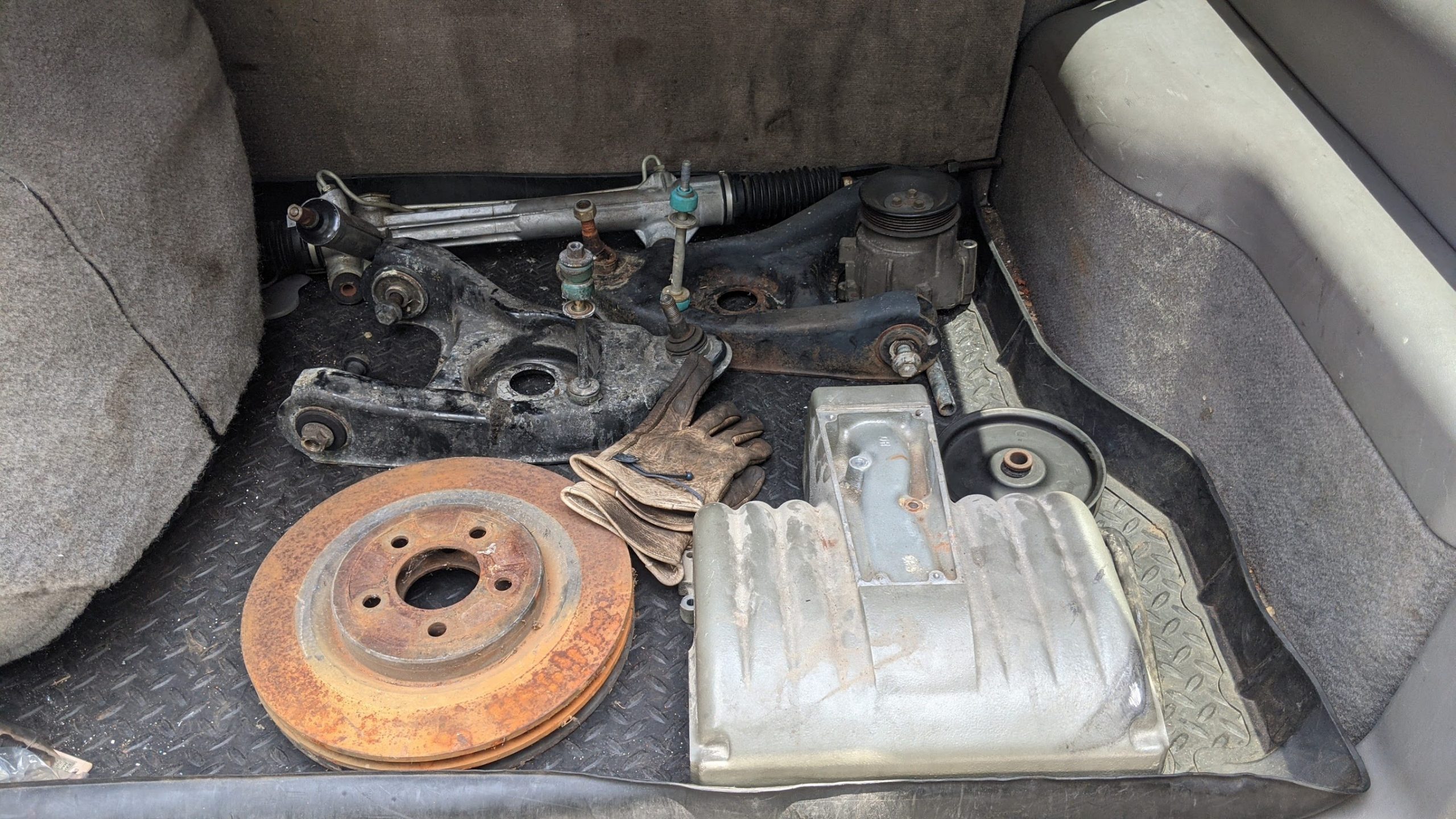 The rotors above will just need to be turned and I consider them free for this project as they came with the purchase of the other parts for other projects.

So step in Rock Auto for the win on the remanufactured brackets.  All total these brackets were $70.60 shipped to me.  I’ll probably paint them to get them to match.  Or maybe I shouldn’t.

The thought process here is that the Alcon’s we bought will be added when the car gets faster. The goal there is to run 13.5″ rotors with those calipers.  For now in HPDE1 these will do.   Not exactly what I wanted, but we can upgrade later.