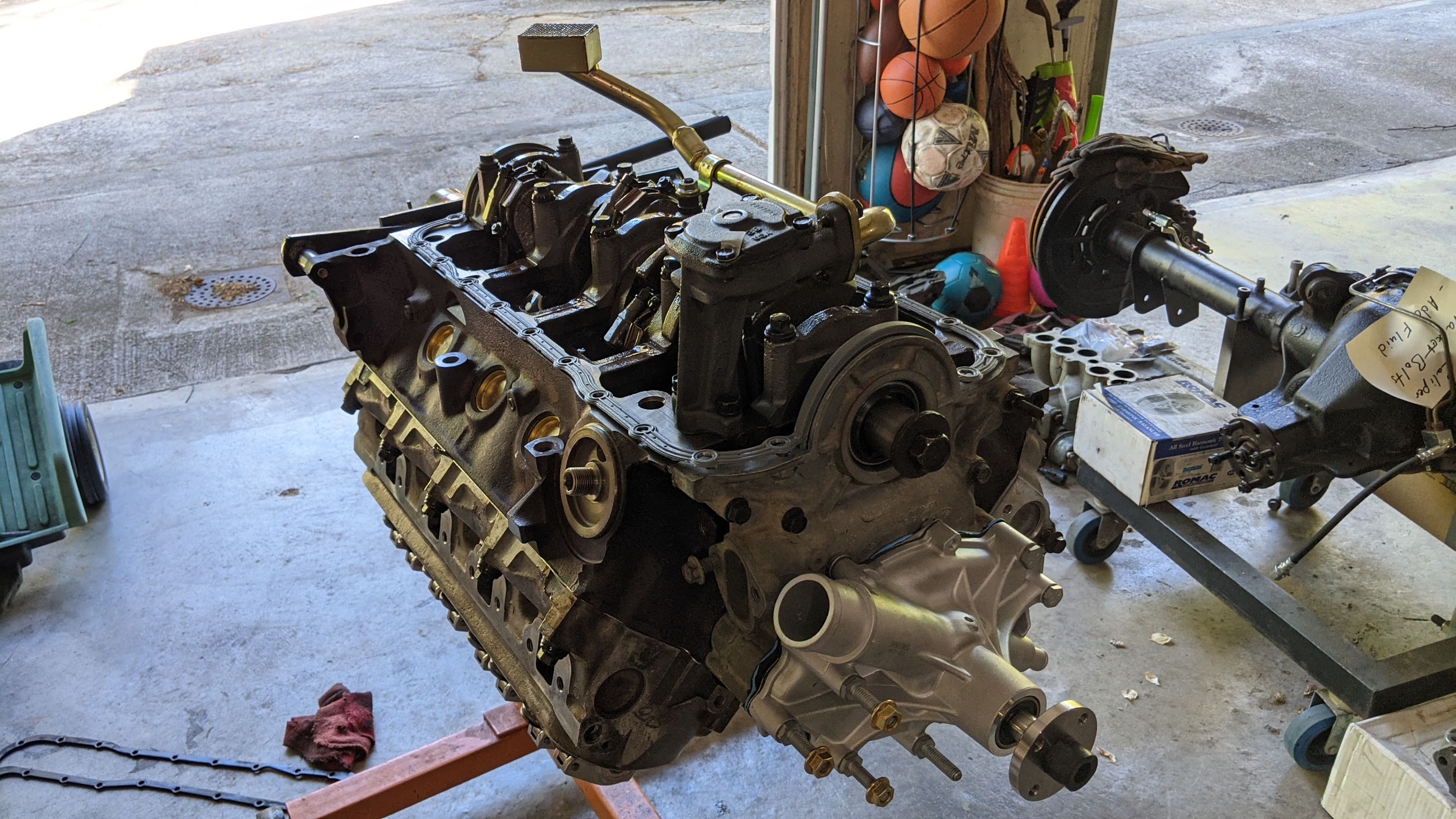 It seems there’s always something with a build.  If you watch all these TV shows they can sometimes create a false picture of how easy or how awesome building a car is. The reality is that there are tons of starts and stops as well as mistakes along the way. This motor seems to be the epitome of that, but I can only blame myself. 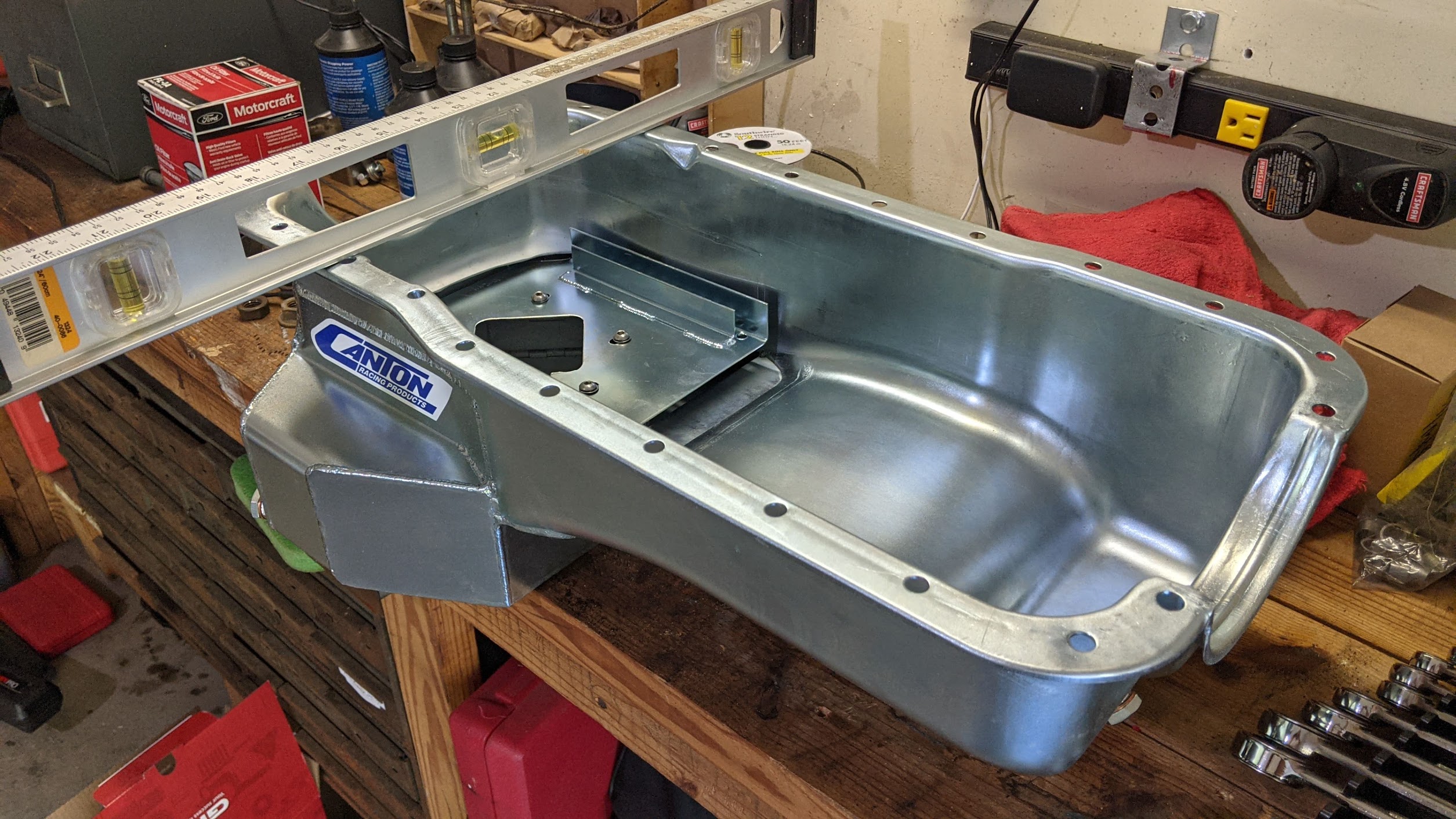 As you can see from the images above we were measuring the depth of the Canton Racing oil pan and pickup to be sure we have enough clearance between the pickup and the bottom of the pan.

Once we had that set we put the oil pan on, grabbed the small box of oil pan bolts and went to town putting bolts in.  It was then that we realized we failed to remember something. When we were completing the Almost 4 Saleen SA10 Clone Build we borrowed some of the oil pan bolts from this motor to complete the motor in that car.  That was four years ago now.

The point to all of this is that it never fails that what should take about 30 minutes turns into a multi hour affair running errands to grab bolts at the local hardware store. If it were a detailed build or restoration we would have called up our friends at National Parts Depot and ordered a set of oil pan bolts that are identical to OE.

Speaking of NPD, thanks to them the water pump and timing cover are mated to the motor.  We ordered new hardware from them for it as the original stuff is usually crusty and tends to snap off. 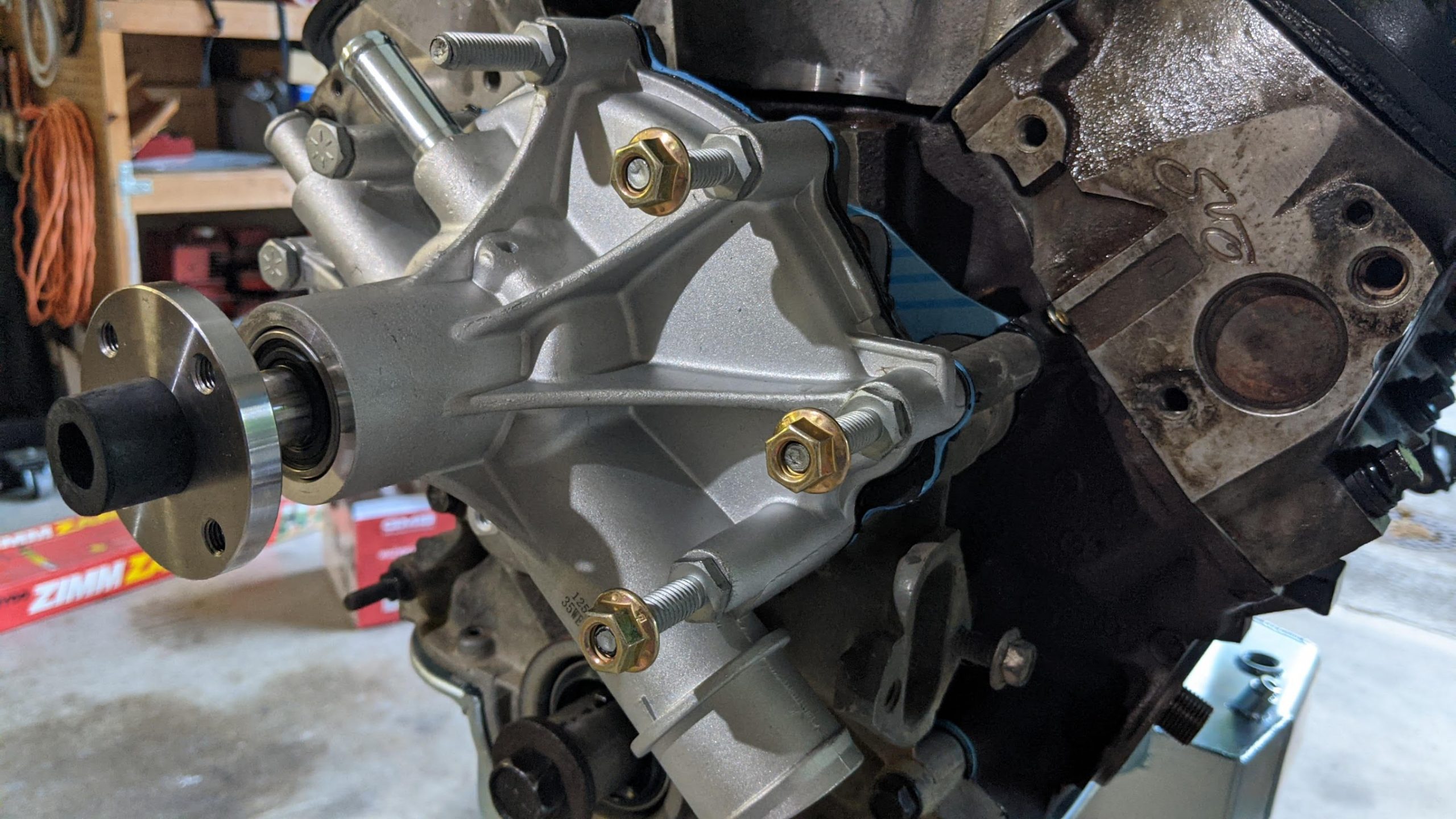 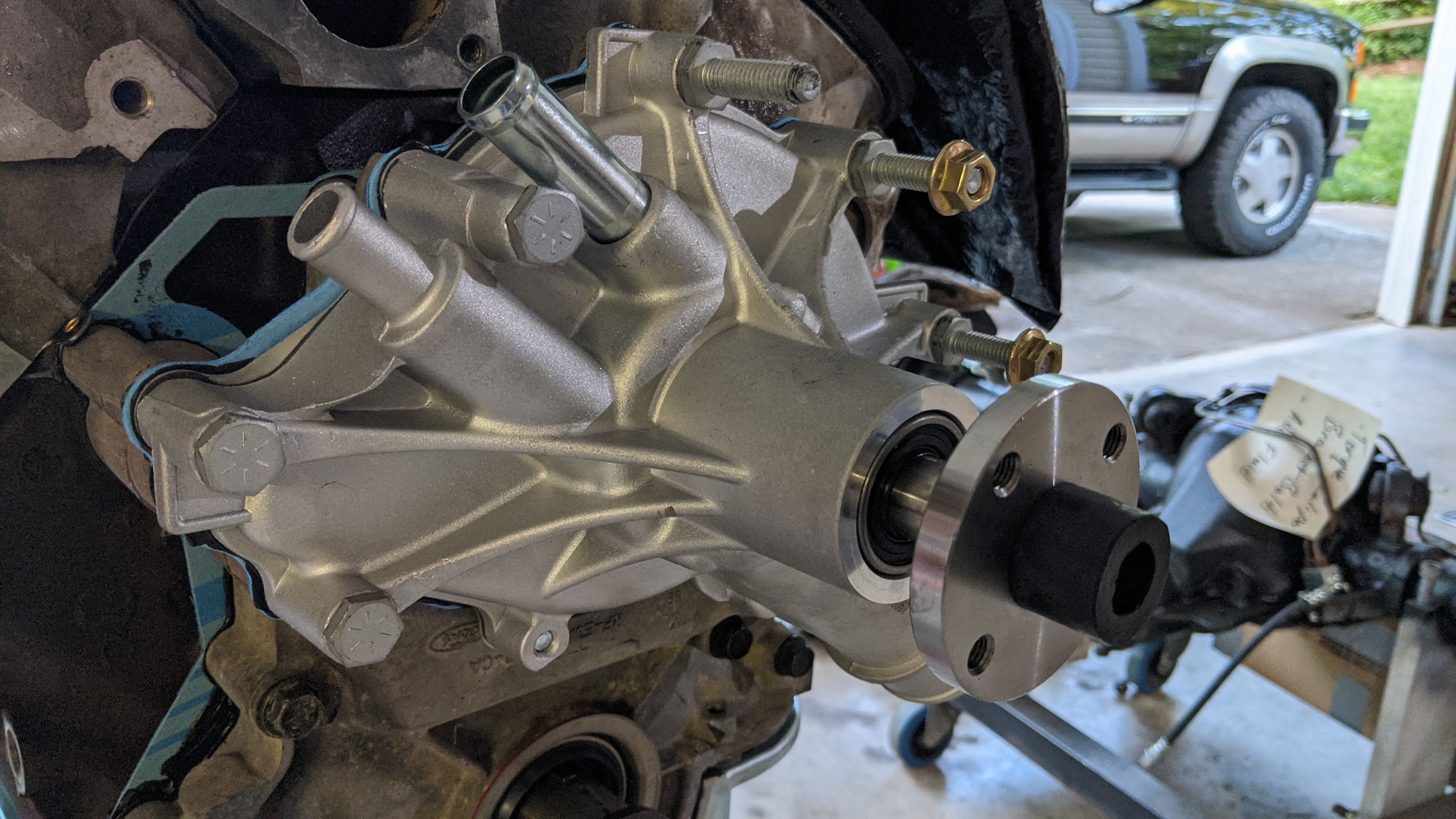 As usual with NPD, things are OE quality and finishes.