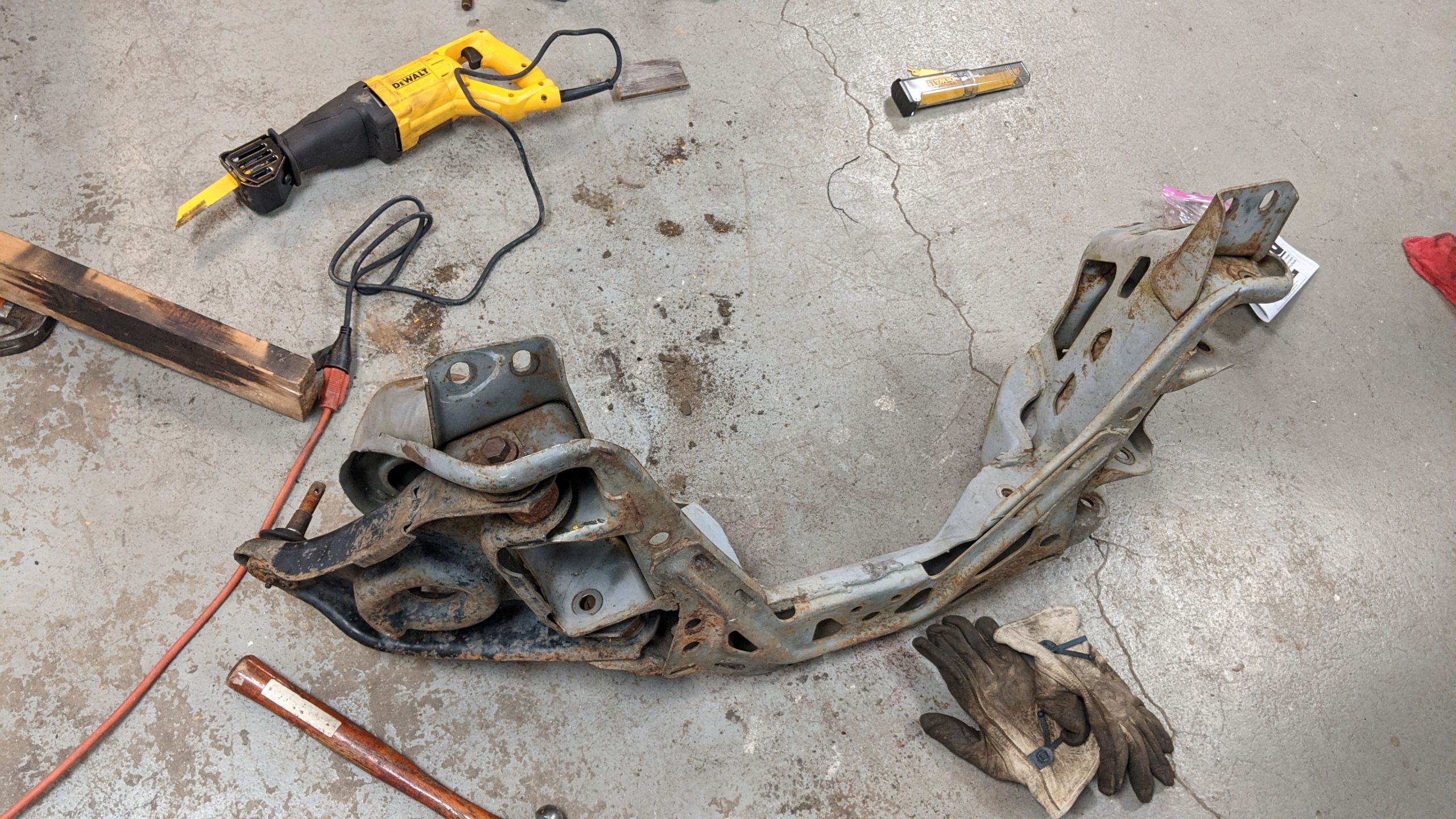 Back in December of 2020 we posted about this K member we got basically for free in trade for a lot of parts we had laying around.

In the removal process at the junkyard we couldn’t get the driver side control arm totally loose. The bolt was frozen into the bushing sleeve and unfortunately the bushing sleeve broke loose inside of the rubber.  So the whole assembly was just spinning inside the bushing.  Oh Joy. Not!

We did the typical “soak it in Liquid Wrench” method and even hammered on the bolt to try to get it to slide out. Nothing seemed to work.

So we brought in the big guns with a Saws All and went to town. I got the end of the bolt out by slicing it.  But after going through two blades on the head of the bolt and creating sparks it just didn’t seem like it was going to let go.

With a large screwdriver I was able to get the bolt to move a little.  I was hammering on it hard enough to split the handle on the hammer. This wasn’t because of a missed blow, it was due to how hard I was hitting the bolt.  Even after the hammer handle split, I was still using it. LOL!

The bolt finally came free. But with the sacrifice of the hammer handle. So the K member isn’t exactly free. 1. the amount of time we put into this and 2. the sacrifice of a 25 year old hammer. 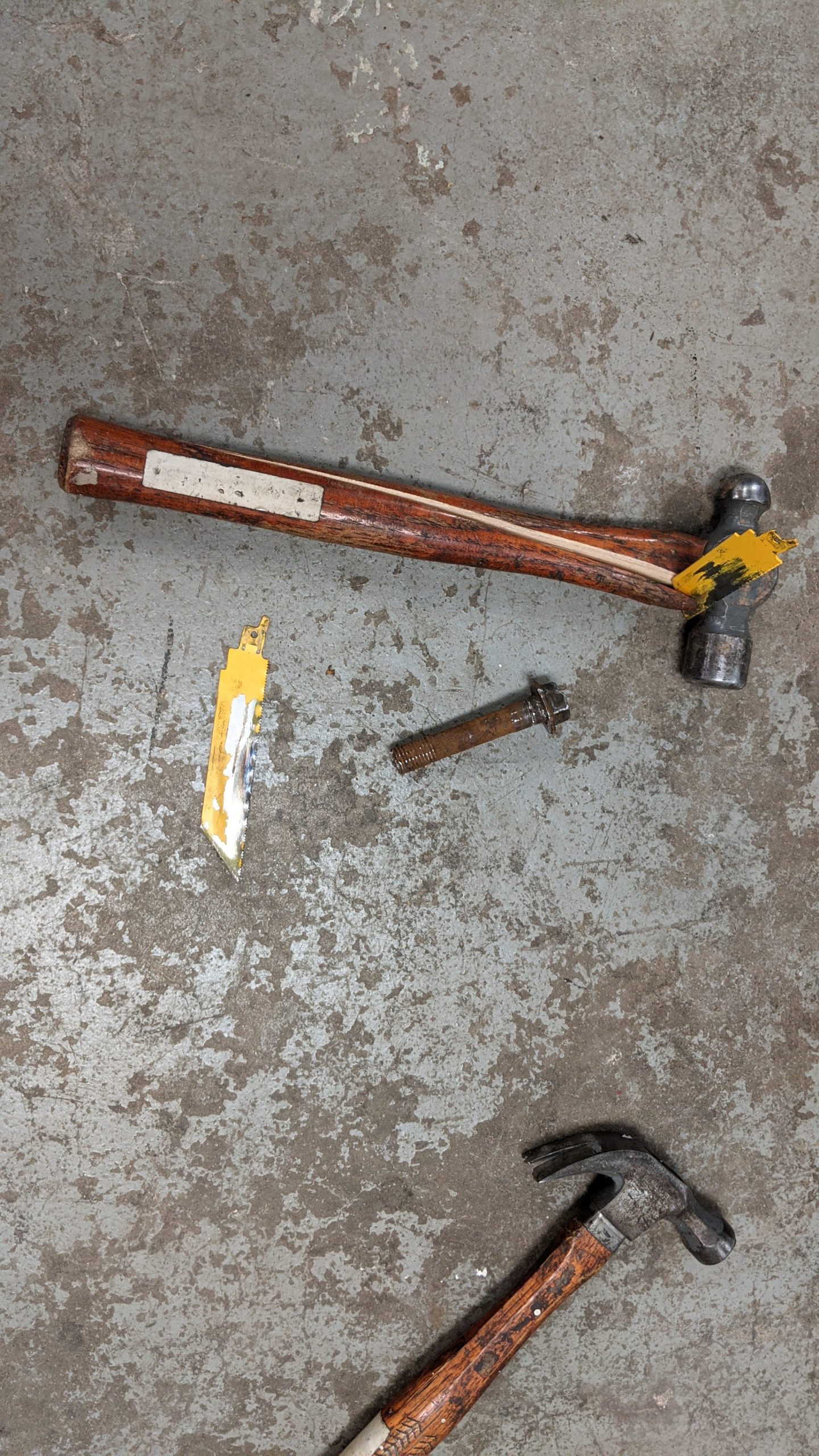