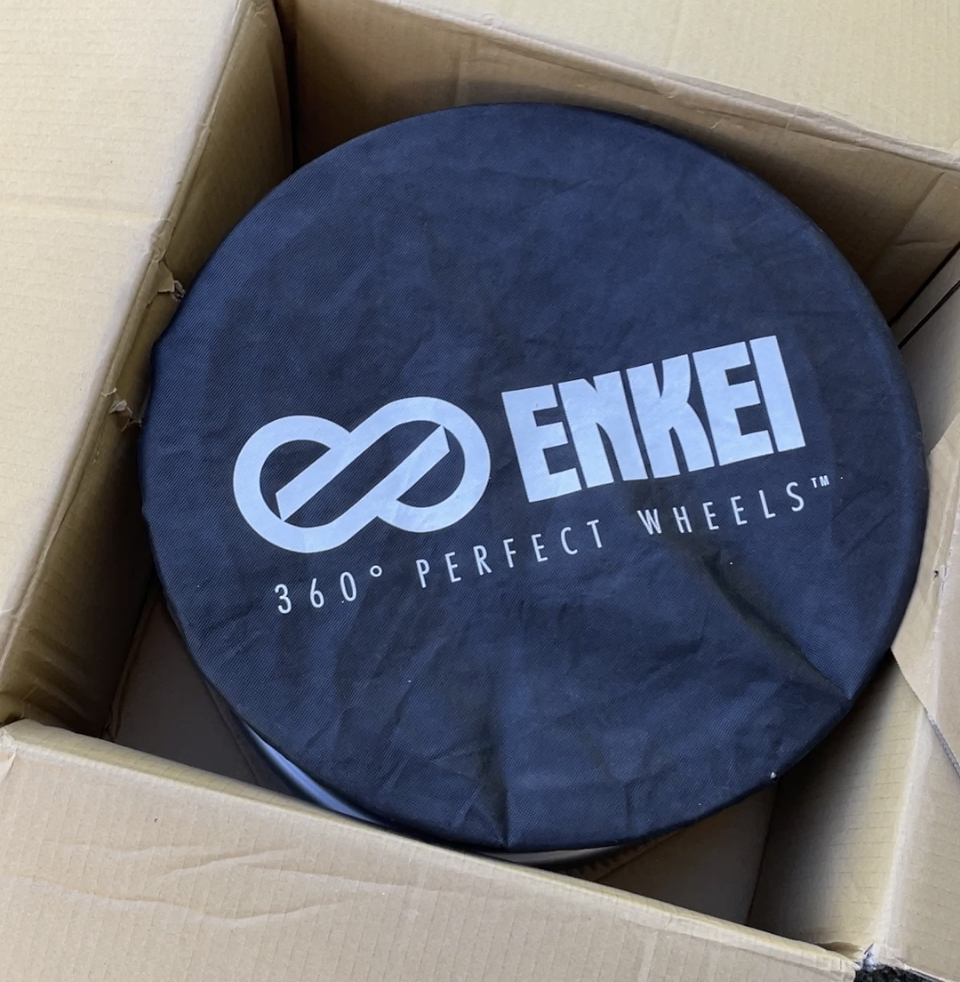 The Lightest, Strongest and Most Affordable Wheel?

Plans do change as time goes on sometimes. Originally we were going to use these Logic wheels for our racecar project. But we’re going to shelf those for another plan that we have. 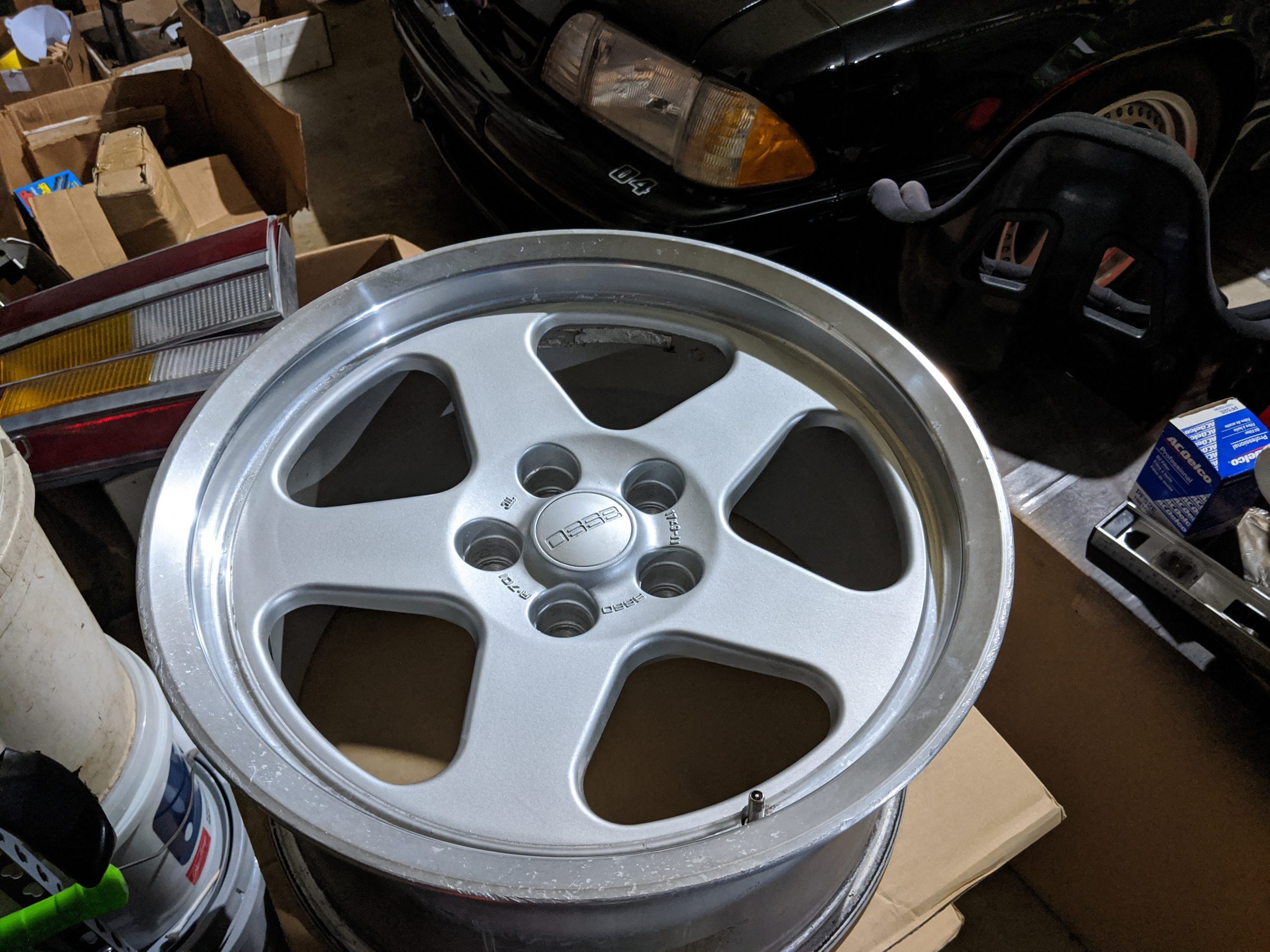 So with that plan we had to find something else to fit the bill on the Foxbody Mustang race car. We knew for a long time that we were going to go this route because the wheel is the lightest and strongest wheel at an affordable price.  Are there stronger and lighter wheels? Absolutely!  Do they fit our budget?  Nope.

So we have been watching pricing for a while and with all that has been going on these wheels have crept up about $150 on a set of four.  So when we opened up Marketplace and there was a pair of them for $400 shipped we jumped on them.  They were the exact size, offset, and color we needed.  So for $437 shipped ($37 went to support our lovely state gov’t) we bought them.  They haven’t been mounted but one has had a tire mounted and the other has a small ding on the lip.  Not something we’re concerned with when they are going on a race car. 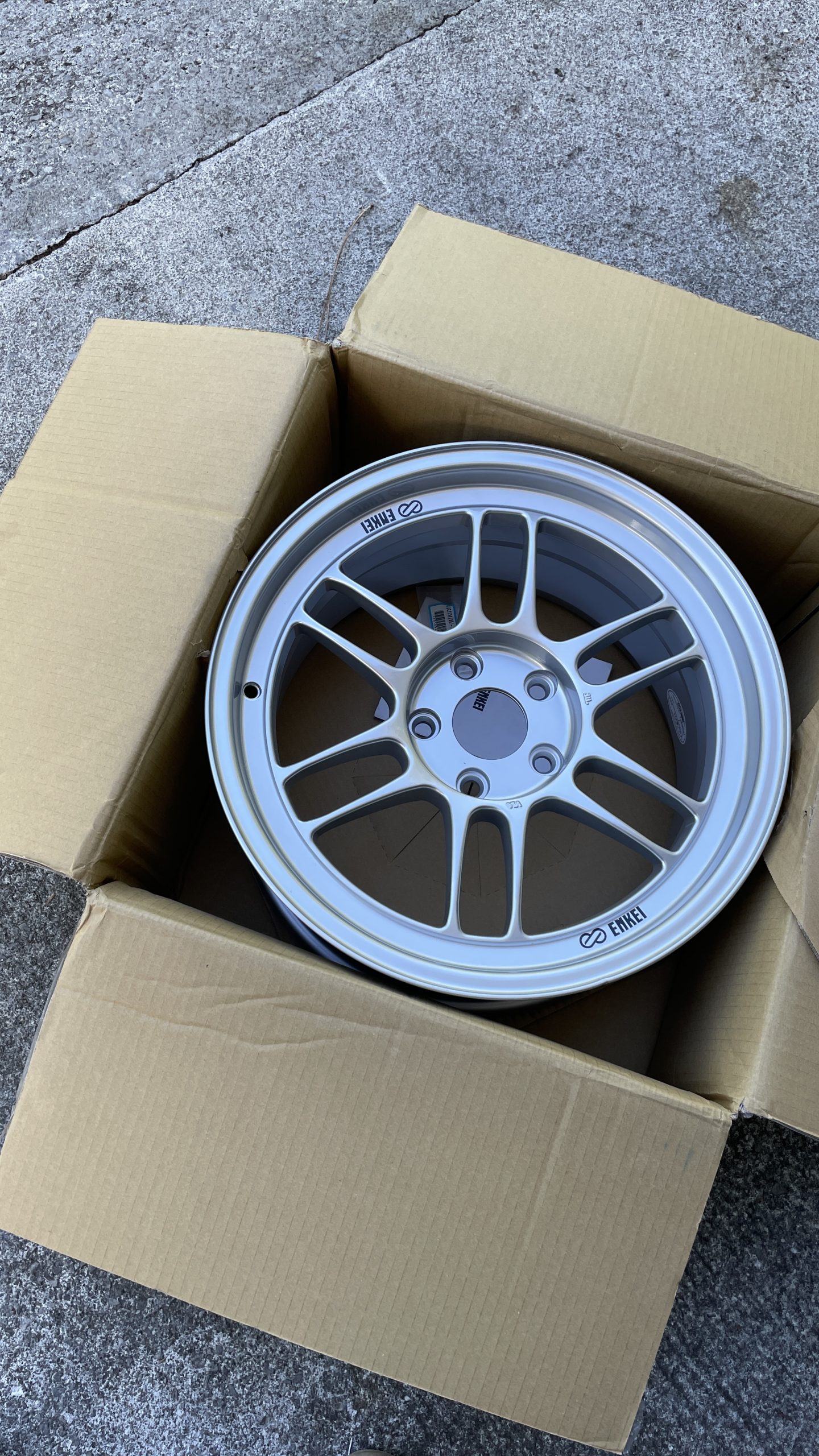 The Enkei RPF1 wheel is hard to beat for strength and affordability. Not to mention how light it is.  This one feels like a frisbee. It only weighs 15.9 pounds. Crazy light considering the 1995 Cobra R wheel weighs in at 22lbs with most of the replica R wheels being heavier than that. Unsprung weight reduction is HUGE.

Something worth noting; we’ve been doing some research in several of the road race groups both in forums and on the Facebook, something that was advised by an experienced racer was to buy lighter colored wheels.  The reason for this is because it is easier to see the cracks when they form.  Because it’s not “IF” they will form but rather “WHEN” they will form.  Wheels are considered a consumable in a race car. At some point they have to be replaced due to the stresses endured when racing at the limit.

We don’t think we’ll be pushing the car that hard out of the gate, but that tidbit of information is something that’s worth noting.

The other thing we made note of is making our wheels a “square” setup so that when we buy tires, we can get as much life out of them by rotating them front to back.

We do have two more wheels to buy.  We’ll keep looking for the deals.  Patience pays off… every time.