These wheels are very rare, hard to find and without a doubt my favorite wheel on a Fox Mustang.  So it makes perfect sense to put them on a race car right??

Truth is, these are period correct with the Baer brake setup going on the race car.  Baer sold these wheels in the early 90’s because they cleared the big brakes they had at the time.

I was perusing the interwebs for parts as I usually do and an auction in Japan caught my eye when searching for these wheels.  I took a look and there were no bids and the opening bid equated to what was about $350 U.S. dollars.  So I found a company that would bid on your behalf and then ship them to their warehouse and then repackage, if needed, then ship them out overseas. Heck… that seemed like a no brainer.

Well… what I thought was going to be a good deal ended up being more of a fair deal.  After shipping and fees I’ve got just over $1200 invested in the wheels.

So if we add up the totals.  This is where we are. 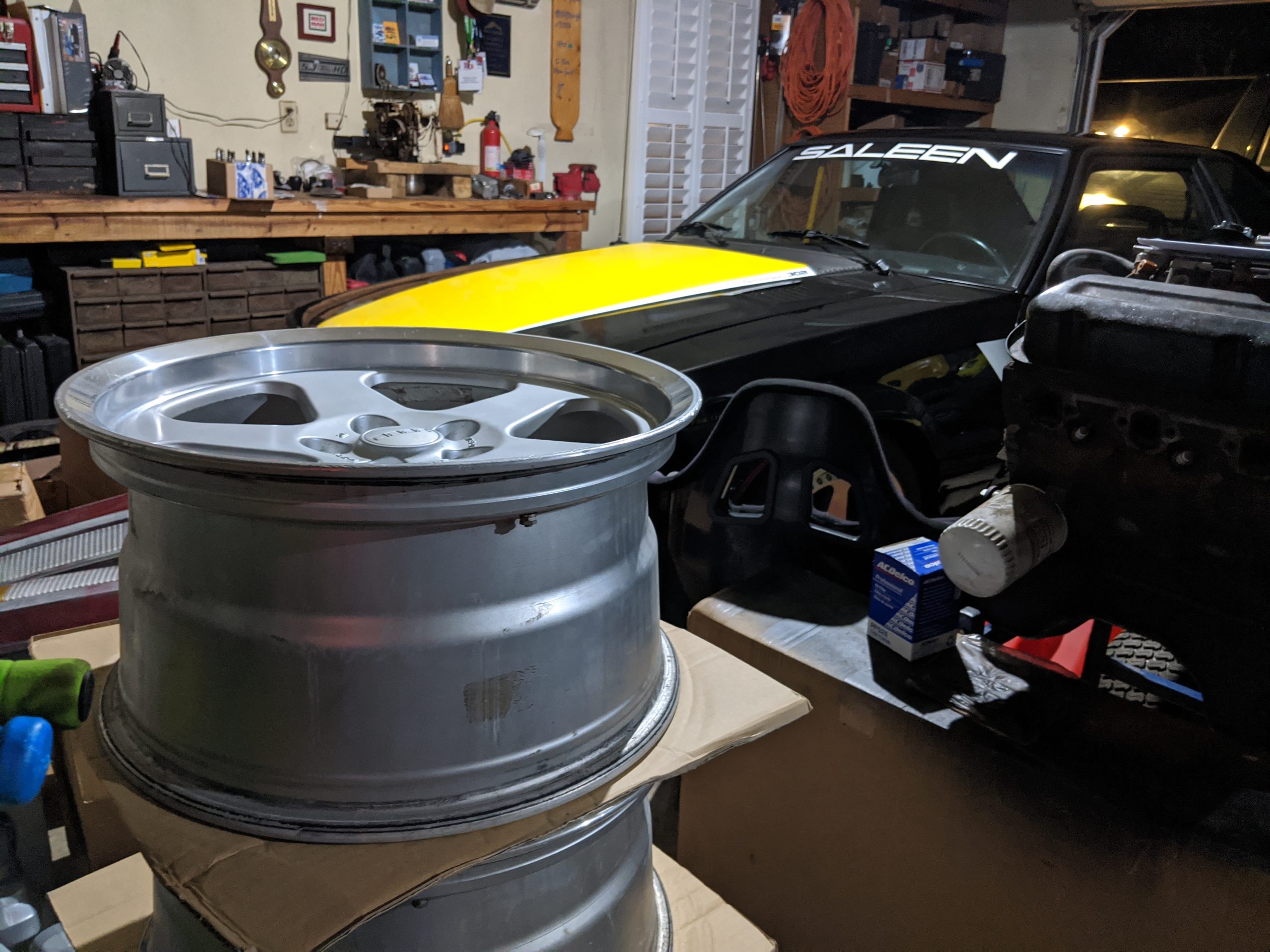 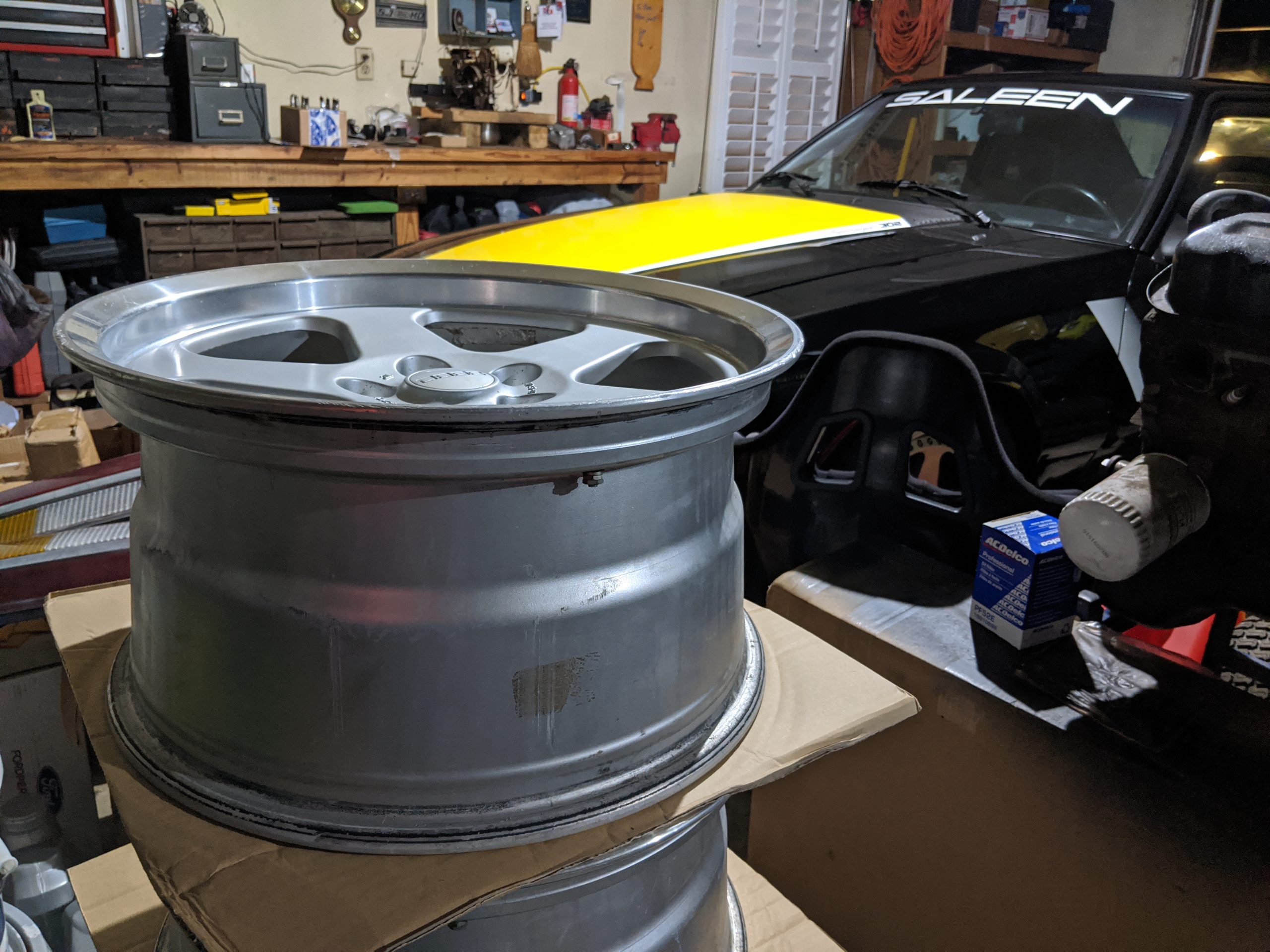 It’s really difficult to show how good these wheels look when they are off the car.  They look good off the car but on the car they look awesome.  They have this perfect concave face to them that just looks right on the Fox Mustang.

This is a wheel that Saleen used for a VERY short time in their 1993 production year.  Out of right at 100 cars made, I’ve only seen pics of two with these wheels.  And they look Uuuuuh- mAze-ing. 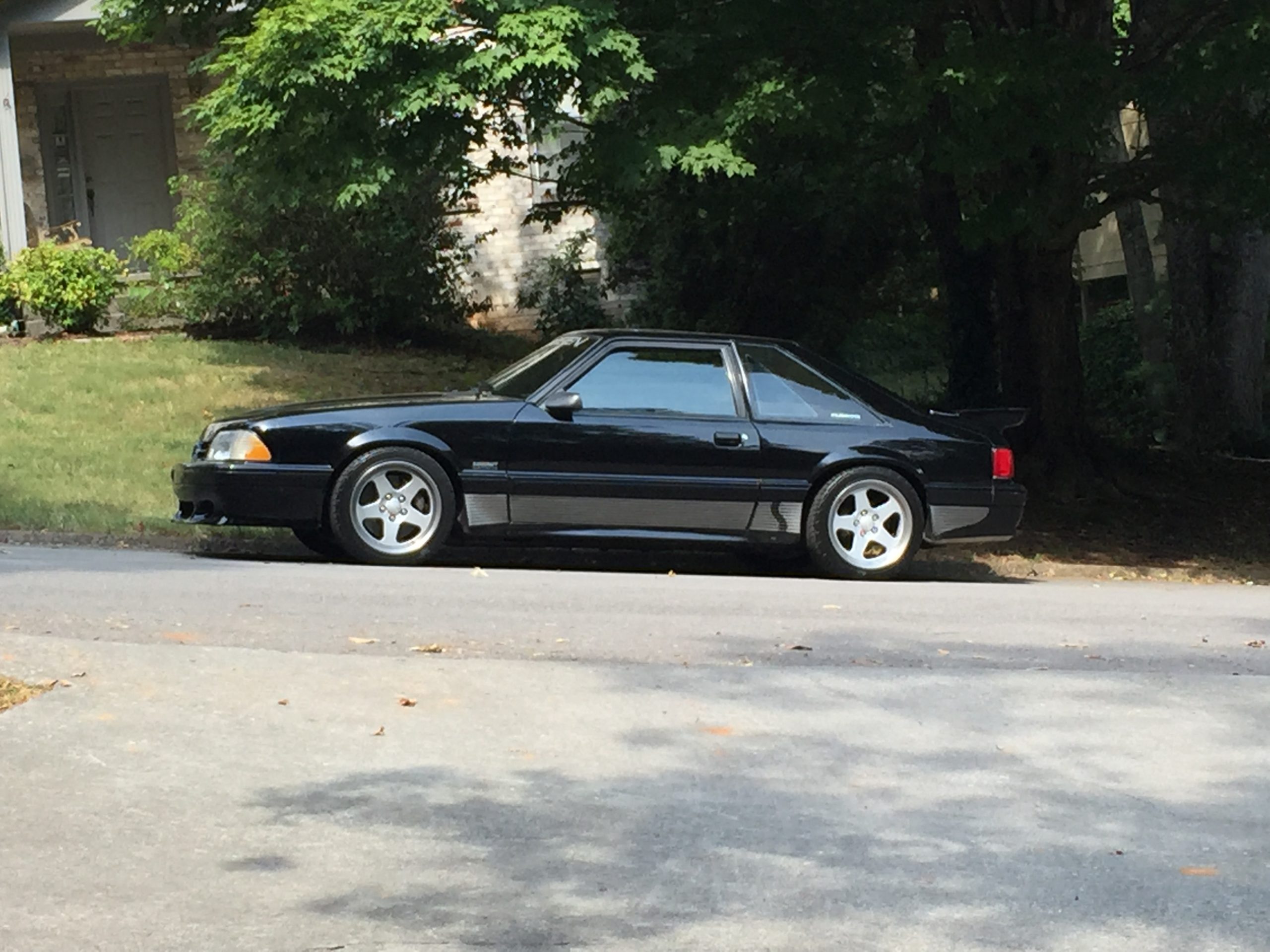 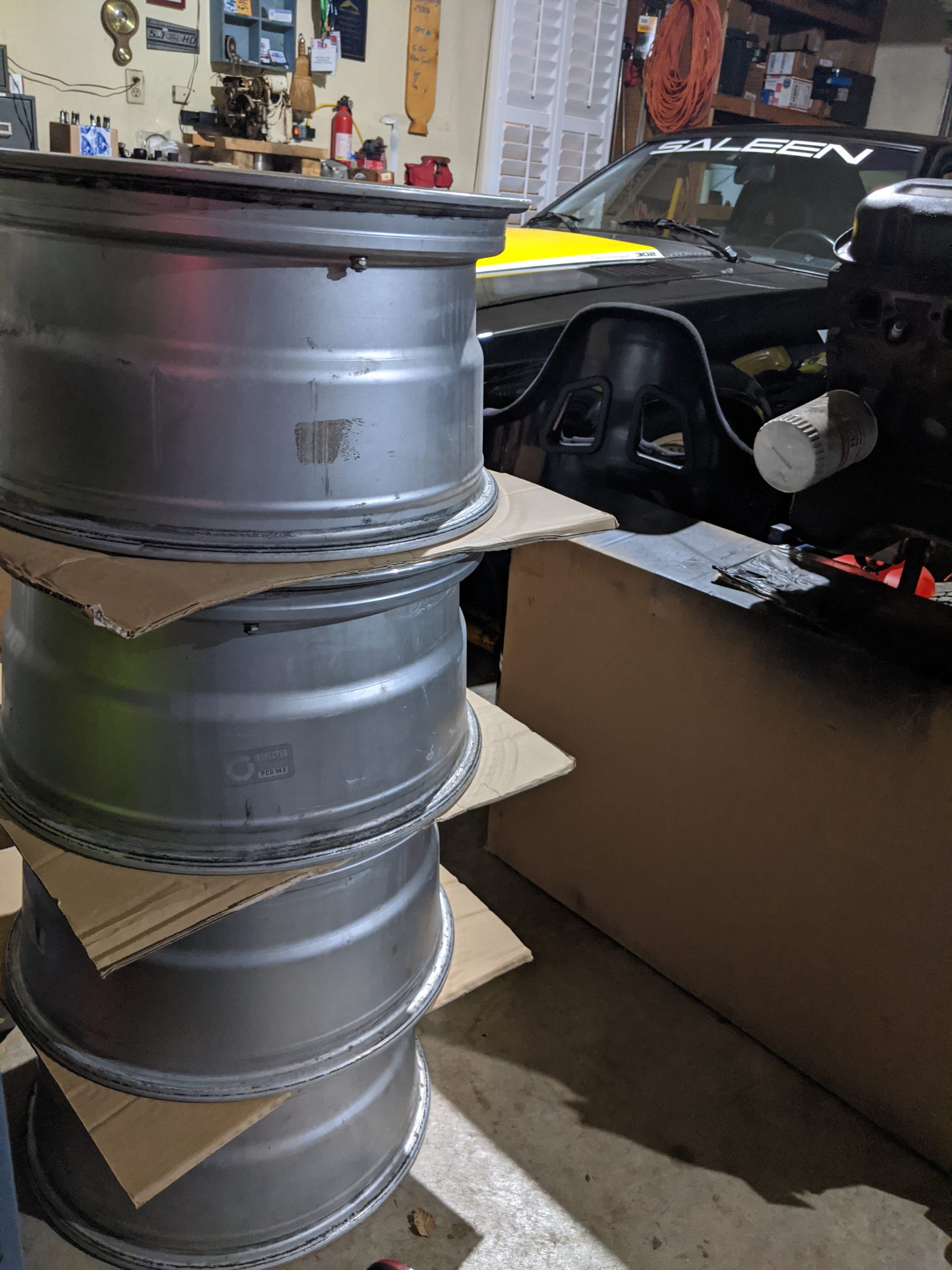