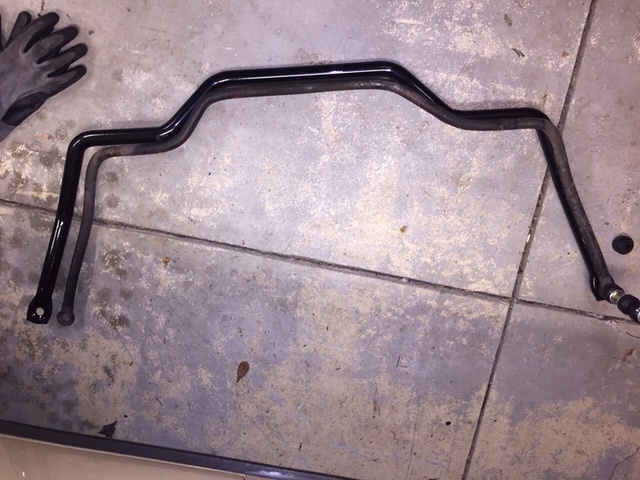 The Corolla could use some more front roll stiffness.  The OEM bar is 17mm.  The only game in town, short of a custom bar (at least $600) is Addco.  The race car had an Addco front bar ordered some 33 years ago.  Amazing.  Ordered through Jegs — and 6 weeks later a bar was drop shipped to the house.  25.5″ in diameter (ok, 1″) with end links and chassis brackets/bushings. 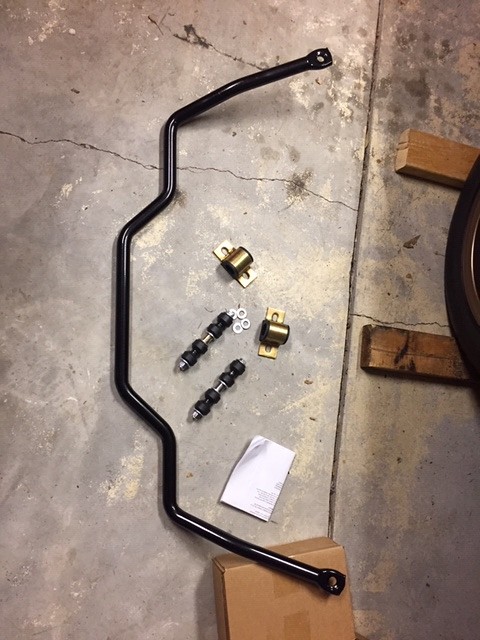 Just as with the race car all those decades ago – fitment is not perfect.  The spread between the eyes of the end links is about an inch wider on the Addco bar than on the OEM bar. 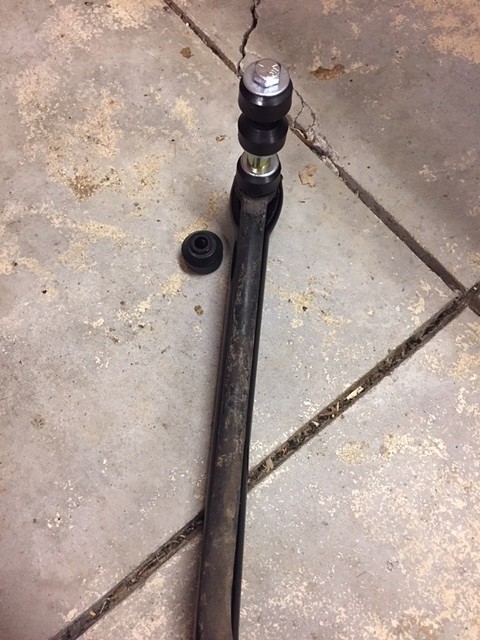 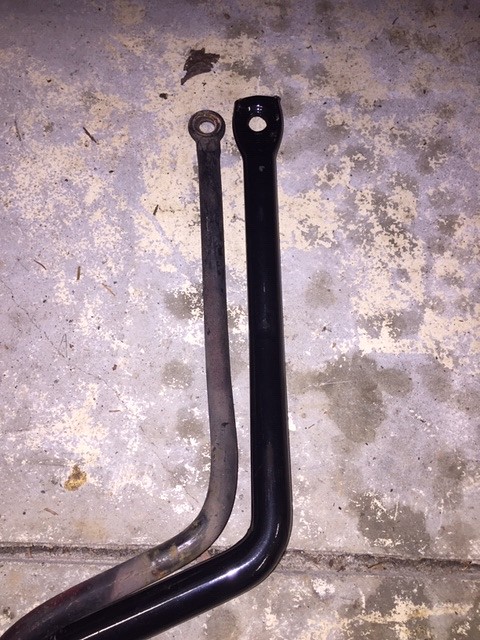 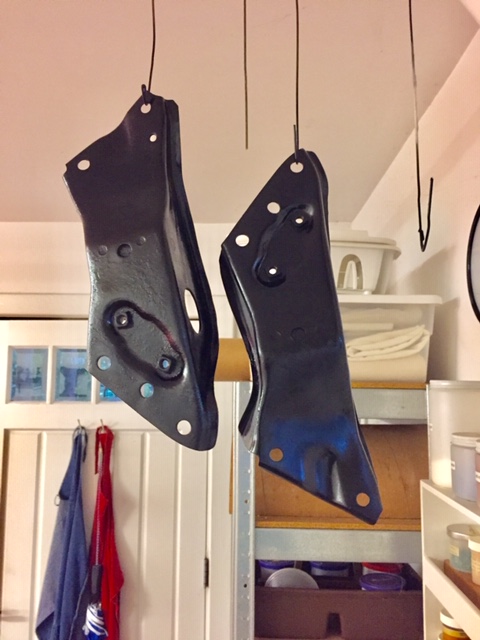 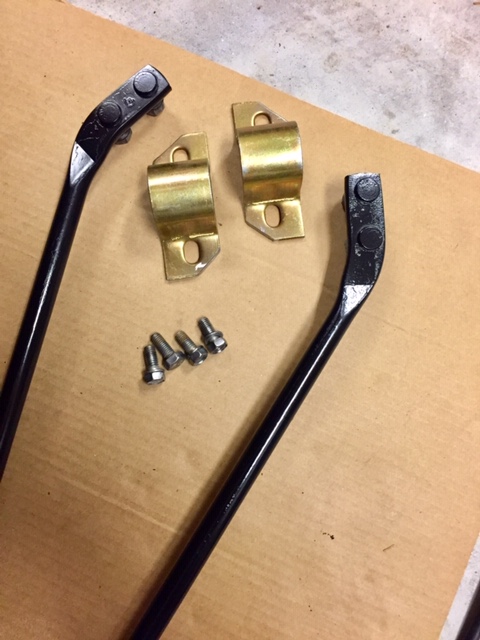 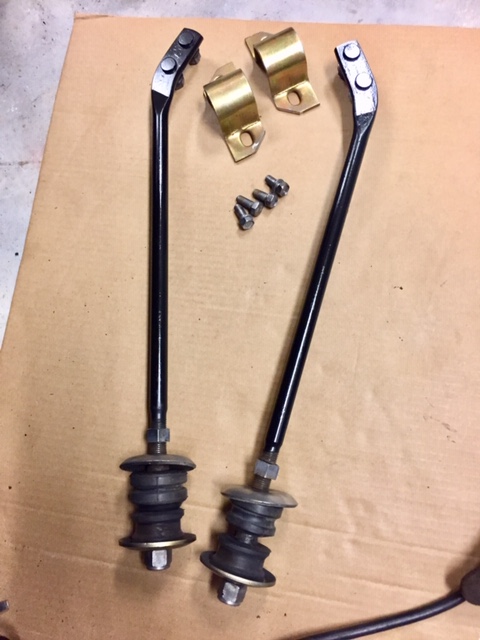 I may have to open up the holes that the sway bar passes through on the chassis brackets — won’t know for certain until I do a test fit.  Which will mean taping up the new sway bar so I don’t beat the new coating all to hell during installation.  Additionally, because the OEM bar was so much smaller, the spacing between the holes which hold the bar bushing bracket is barely enough to allow the bolts to pass through the holes — the head of the bolt would be right up against the side of the bracket – no way to get a wrench or socket on it.  Also no way to use a washer under the head of the fastener.
So I opened up the holes in the new bush bracket towards the vertical part of the bracket — to make room for a modified washer and to make room for the bolt head.  I also bought 4 allen head bolts — no need to get a socket or wrench around them and the diameter of the head is actually a bit smaller than that of a hex head bolt. 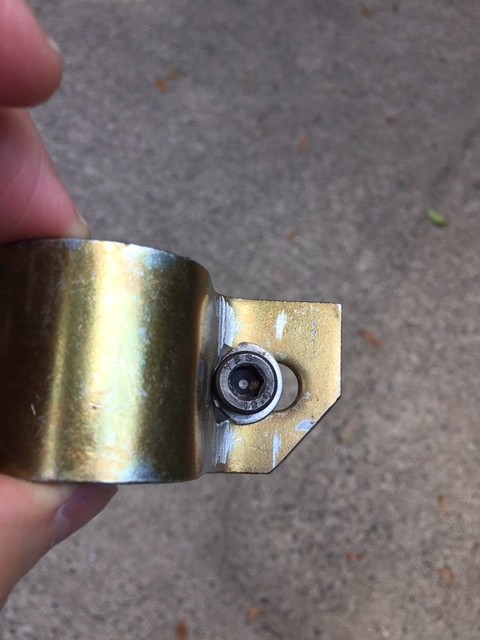 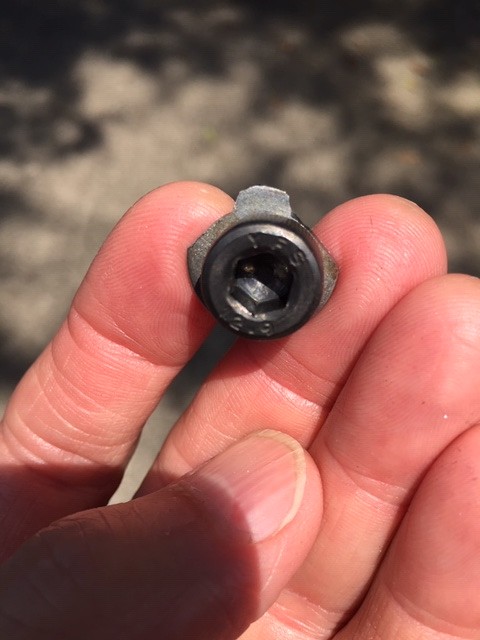 Lots of stuff in a small, confined space. 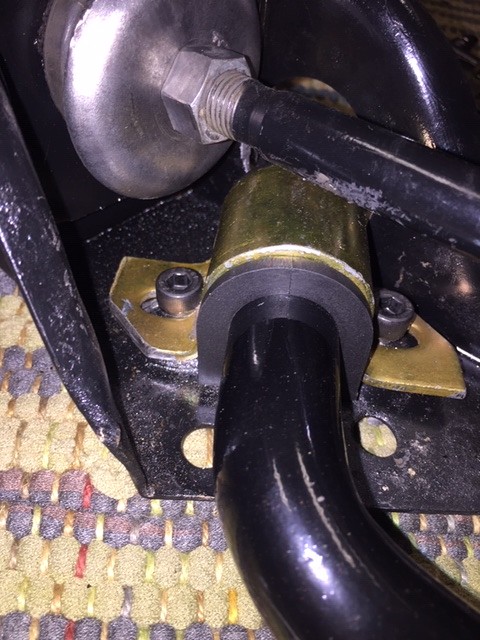 Picture of the sway bar bushing installed with custom washers. 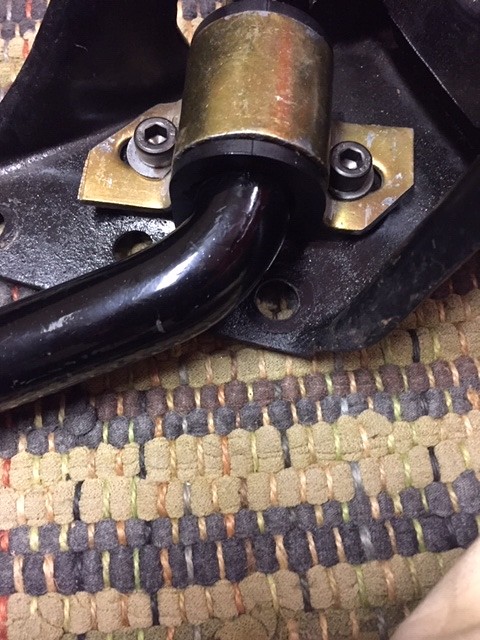 And a few shots of the final “test” installation.  I say test because I need to drive it and see if it all works and clears everything.  I think it’s gonna be fine.  After I’ve test driven I’ll pull it all back out and do a final clean up, paint and put it back together.  I also have replacement tension/compression bushings on the way. 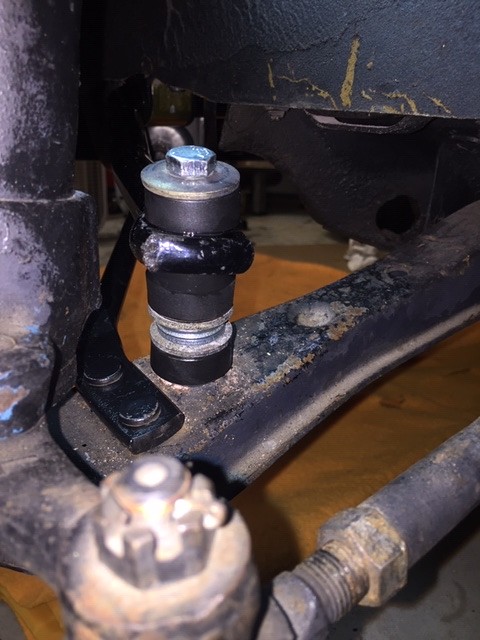 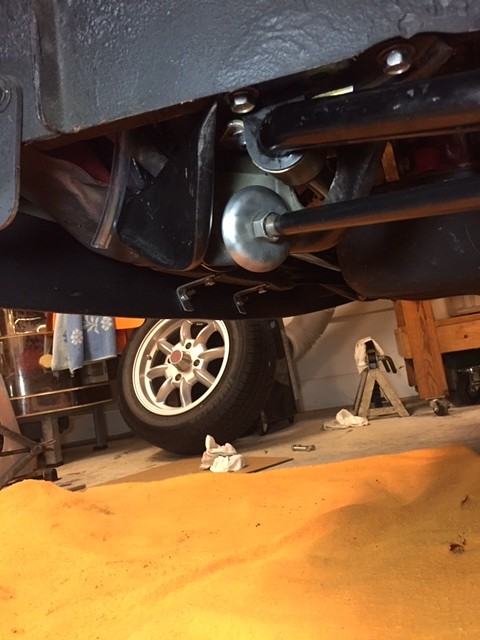 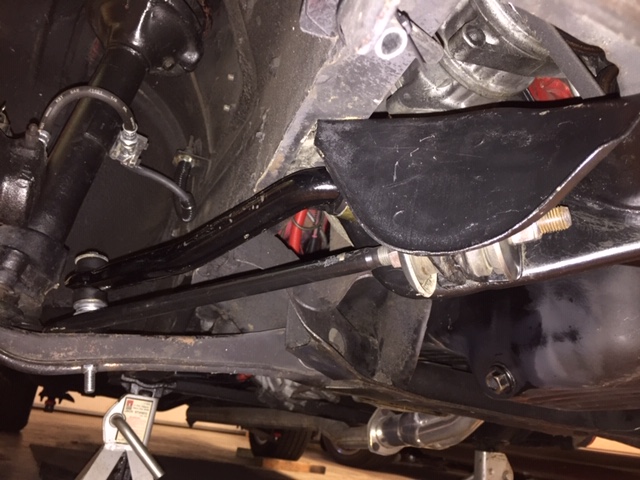