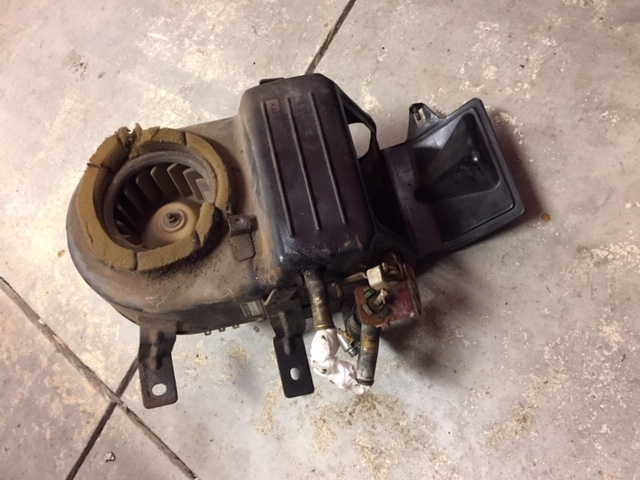 By: Bob Goodson
May 3, 2020
0 Comments
Author: Michael Yount
The bane of a car enthusiast’s existence.  I was vacuuming out the car for a little car show.  For the first time since I’ve had it, I pulled out the floor mats.  Quickly discovered coolant in the driver’s front carpet – right under your feet.  We all know what the likely culprit was — the heater core.  Given a car of this age — seemed likely.  As fate would have it, the dash does not have to be removed to get the heater core out.  But both front seats did.  Just as well as I’d been wanted to move the driver’s seat back on the rails an inch or two to give this 6’3″ frame a bit more leg room.  That’ll be another blog post.
The tabs you see bolt to the firewall – this unit sits above the transmission tunnel bolted to the firewall.  It can recirculate cabin air or mix it with outside air from the cowl plenum.  And it can direct air to defrost vents or to the floor through the open “flap” you see.  Interestingly, the driver’s side defrost connection between the box the the defrost vent in the dash was missing.

This is the shape one of the heater core nipples was in. 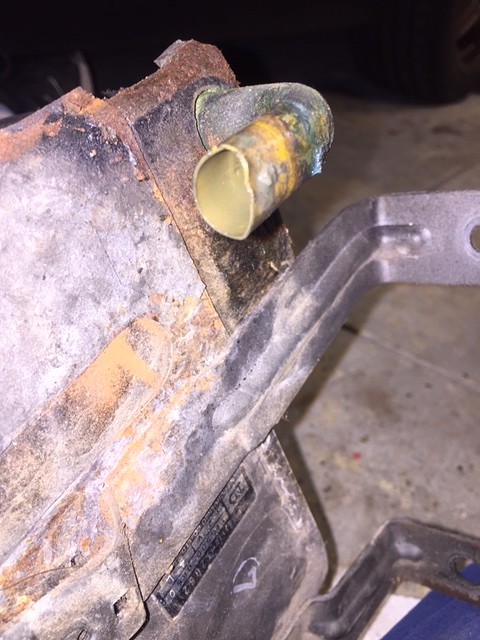 And, someone had tried to squeeze 5/8″ hoses over 1/2″ fittings.  Additionally, corrosion had rendered the heater control valve inoperable.  I was hopeful the core was sound and the leak was coming from one of these 3 issues. 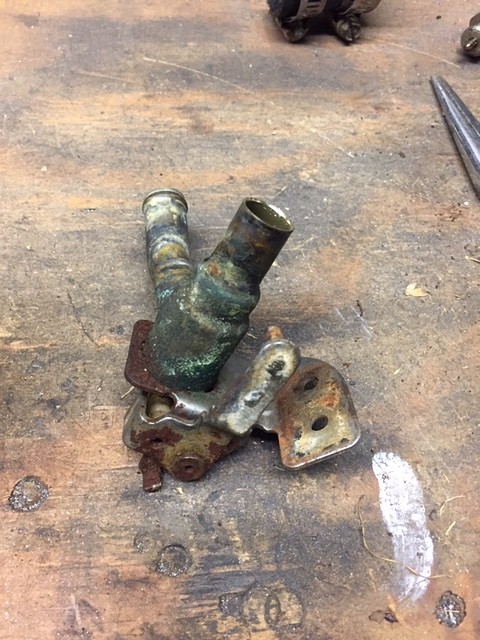 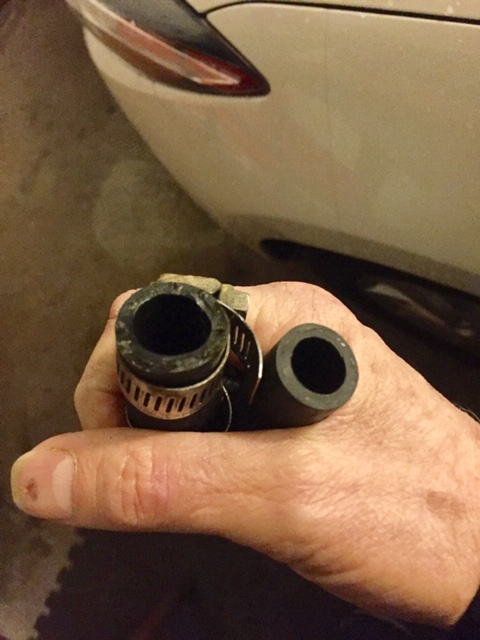 I knew I’d have to test the heater core – so I disassemble the heater box to remove the core. 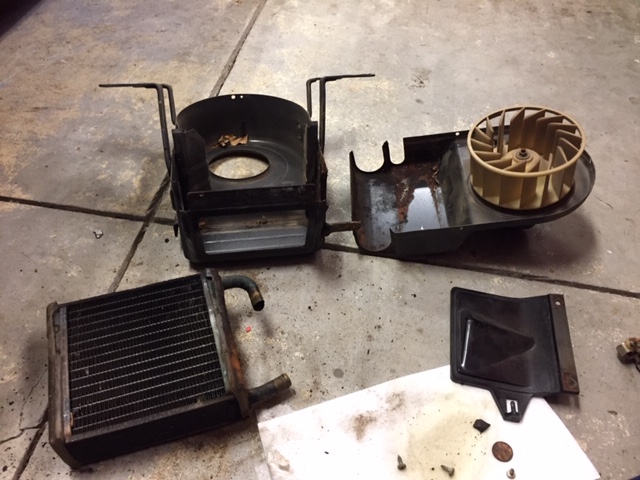 I rigged up a little test for the core — used my Motive brake bleeder to put about 20 psig air pressure in it and submersed it in a bucket of water.  Sure enough, tiny bubble every 2 or 3 seconds.  So I took the core to a fellow in Monroe, NC who re-soldered the nipples – tiny cracks in each attachment point.  The heat exchanger was sound.  $15.  You can’t beat that.  I gave him a $20 bill. 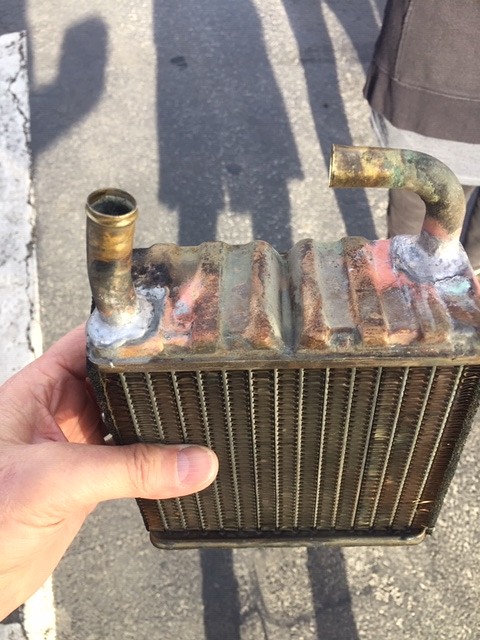 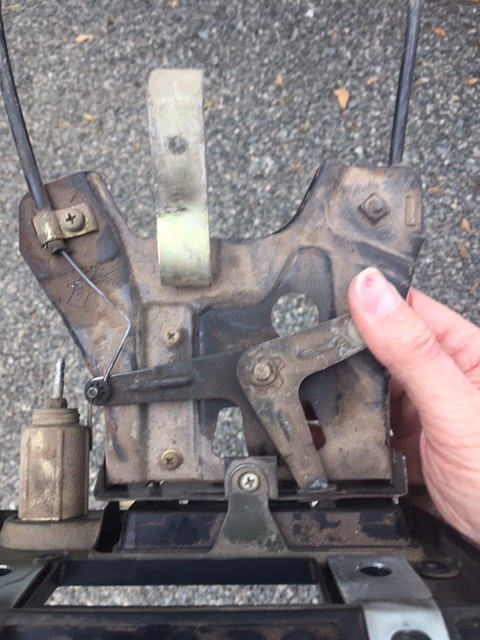 Dis-assembled, straightened both wires (the other controls defrost/heat selection), cleaned/lubed the housings.  I also cleaned/lubed the heater control valve and got it working.  And confirmed that it wasn’t leaking.  The challenge is the long throw when the lever is trying to push that wire back into the housing.  It wants to bend in the same spot if there’s much resistance at all.  Since it takes very little valve opening to get a lot of heat in the core, I decided to limit the travel of that particular slide.  That way I don’t have that long “push” needed to get the valve closed.  I cut the plastic insulators off some electrical butt connectors.  Slid them over the wire on the control valve end of the wire/housing.  And the used heat shrink to effectively extend the length of the housing.  This limits how far the wire can slide.  Problem solved – the controls now work like butter. 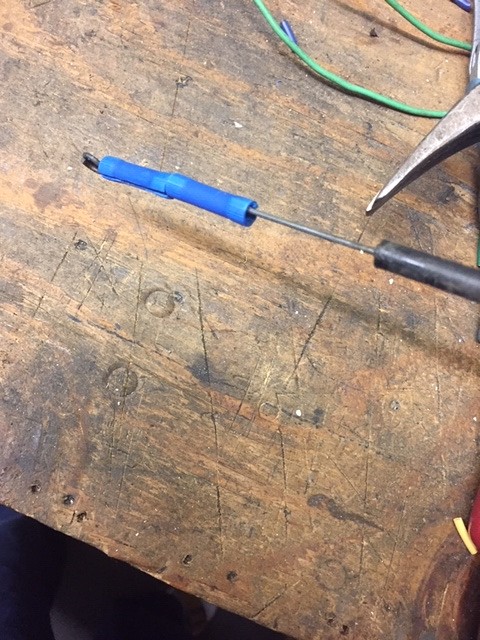 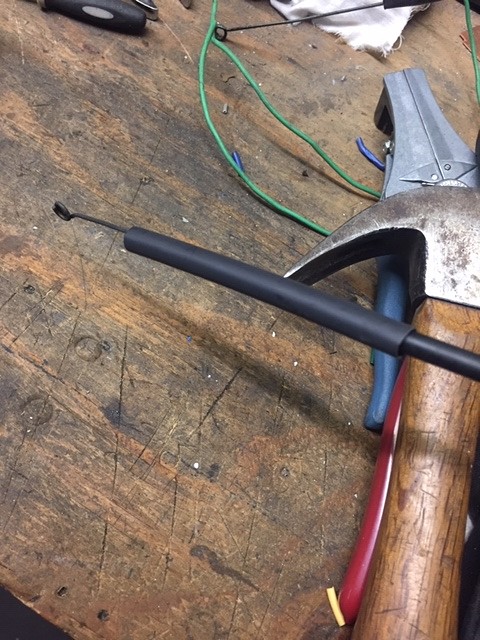 Re-assembled the box.  And used some leftover HVAC hose from my Volvo Classic Auto Air retro-fit to connect the driver’s side of the heater box to the defrost vent.  No leak.  Heater/controls working perfectly. 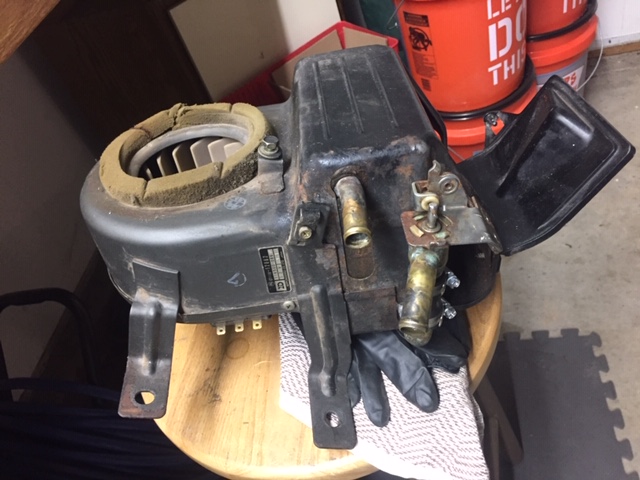 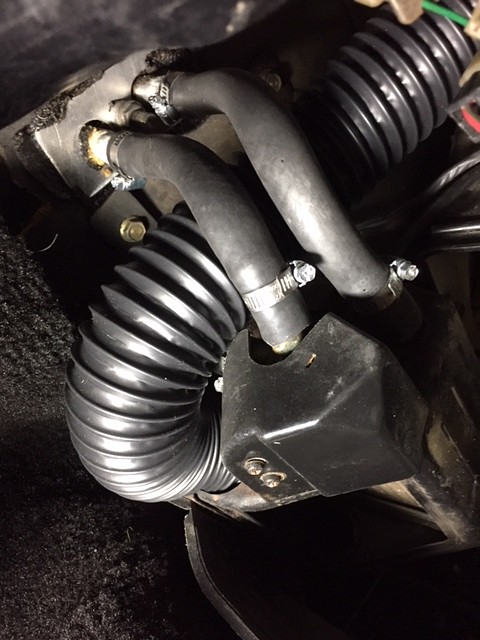 I also replaced the t’stat (from a 180F up to the OEM 195F) and put all new heater hoses in, including under the hood.  Fresh coolant.