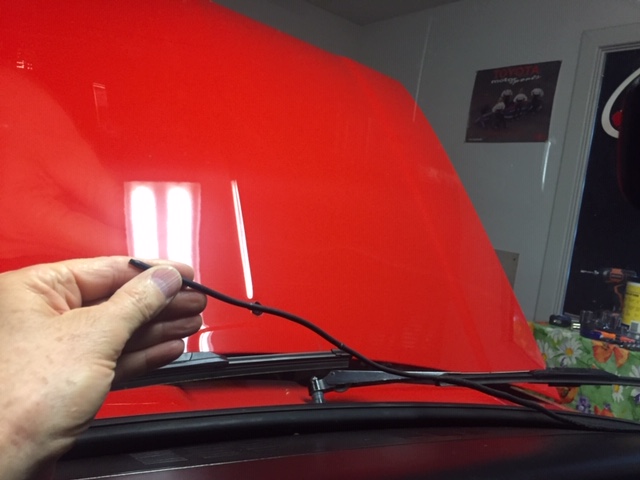 By: Bob Goodson
July 12, 2020
0 Comments
One of the things I noticed in poking around thus far is that the stereo on the car doesn’t have an antenna.  Suspect previous owner removed it during the paint/body phase and that, as they say, was that.  I recalled having an antenna coax cable extender in my box of goodies – that’s been following me around for a good 20 years.  So I went online and began researching making my own antenna, just for grins really.  The suggestions were pretty straighforward.
The internet suggested some simple calculations to tune the antenna length to the frequency I want to receive.  FM is around 87-108 mhz and the calculation comes up with a 25″ antenna tuned in around 100 mhz.  Second – I didn’t take pictures of what I built because, to be honest, I didn’t think it was going to work!  So the pictures below show a shorter version of what I actually made.
Next, I cut off the female end of the coax “extension chord”.  I figured I’d place the antenna somewhere/somehow at the base of the windshield, or perhaps up the A-pillar and along the top of the windshield inside the car.  The stereo is inside the glove box – so I allowed 12″ or so of slack from the male plug (which goes into stereo) to get out from under the dash  and then measure an additional 25″.  Cut the cable 37″ from the male plug.
Now, some pictures for illustration — the dimensions I’m describing won’t match the pictures. The coax has an outer sheath of black plastic.  Just inside that is braided copper shielding around a piece of white plastic insulation that surrounds the copper wire at the core.  So, I measured back from the freshly cut cable 12.5″ and stripped off the outer layer of insulation exposing the copper braid shielding. 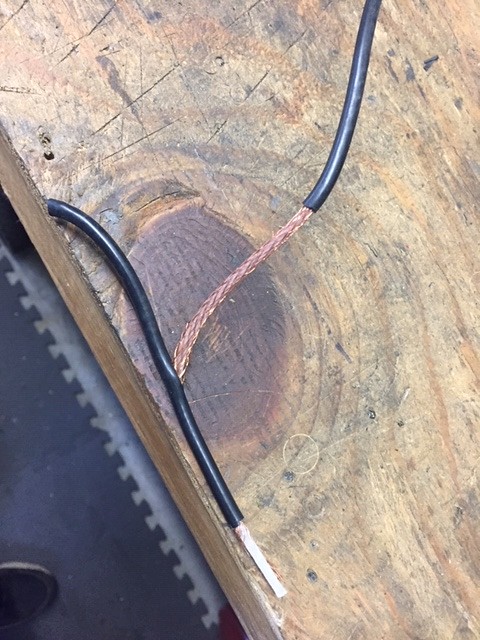 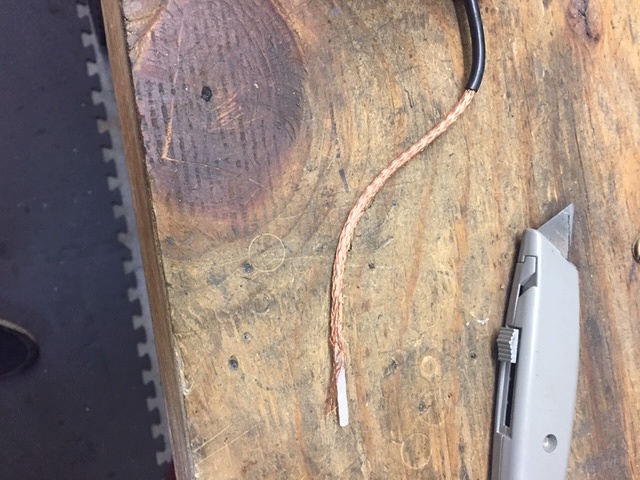 Then I pulled the copper shielding back over the black insulation – imagine putting on a condom. 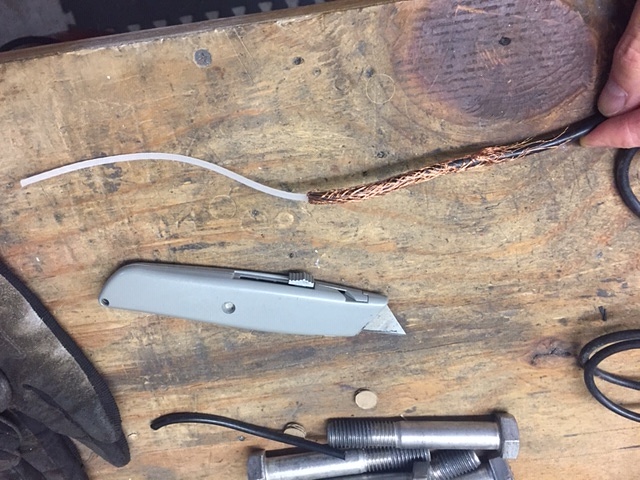 Now from the copper braid to the tip of the cable is 25″.  I encased that 25″ in black shrink sleeve.    Plugged it into the back of the stereo — and voila, I have FM radio!

Now I just have to figure out where to put/hide it at the base of the dash or around the windshield, for example.