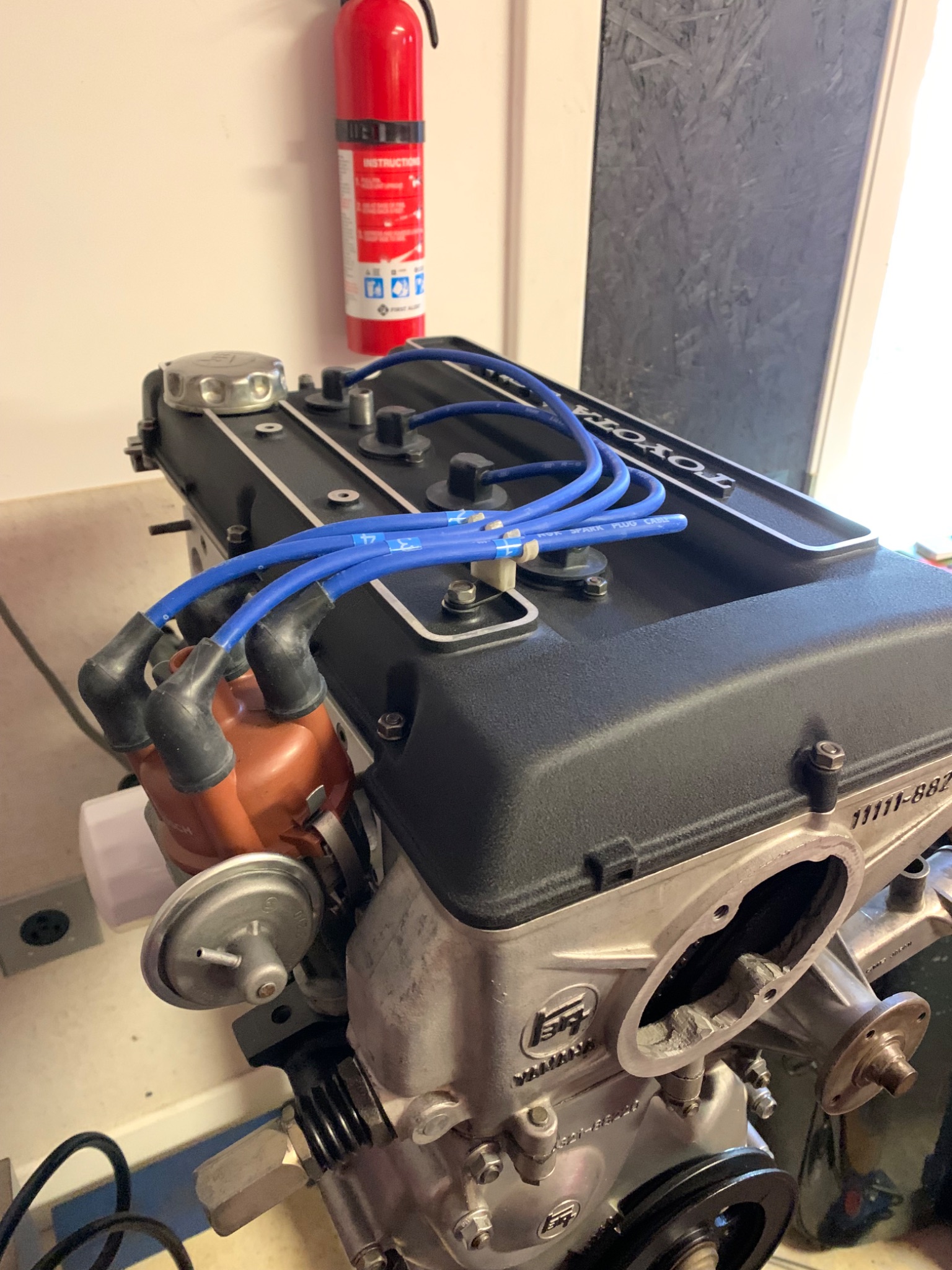 Article and Pictures by:

I managed to film in several short videos of the assembly of the top end of the engine.  Bob at Purist will edit those into something that is hopefully useful and reasonably entertaining.  At least as entertaining as torquing head bolts can be!  It’s a relatively simple engine….bolt on the timing chain(s) cover/water pump; bolt on the oil pan; bolt on the head; bolt in the cams; set cam timing.  That’s about all there is to it.  Here are a few still shots along the way.  And, eventually a link to the assembly video.
Oil priming tool I made out of a spare lug wrench. 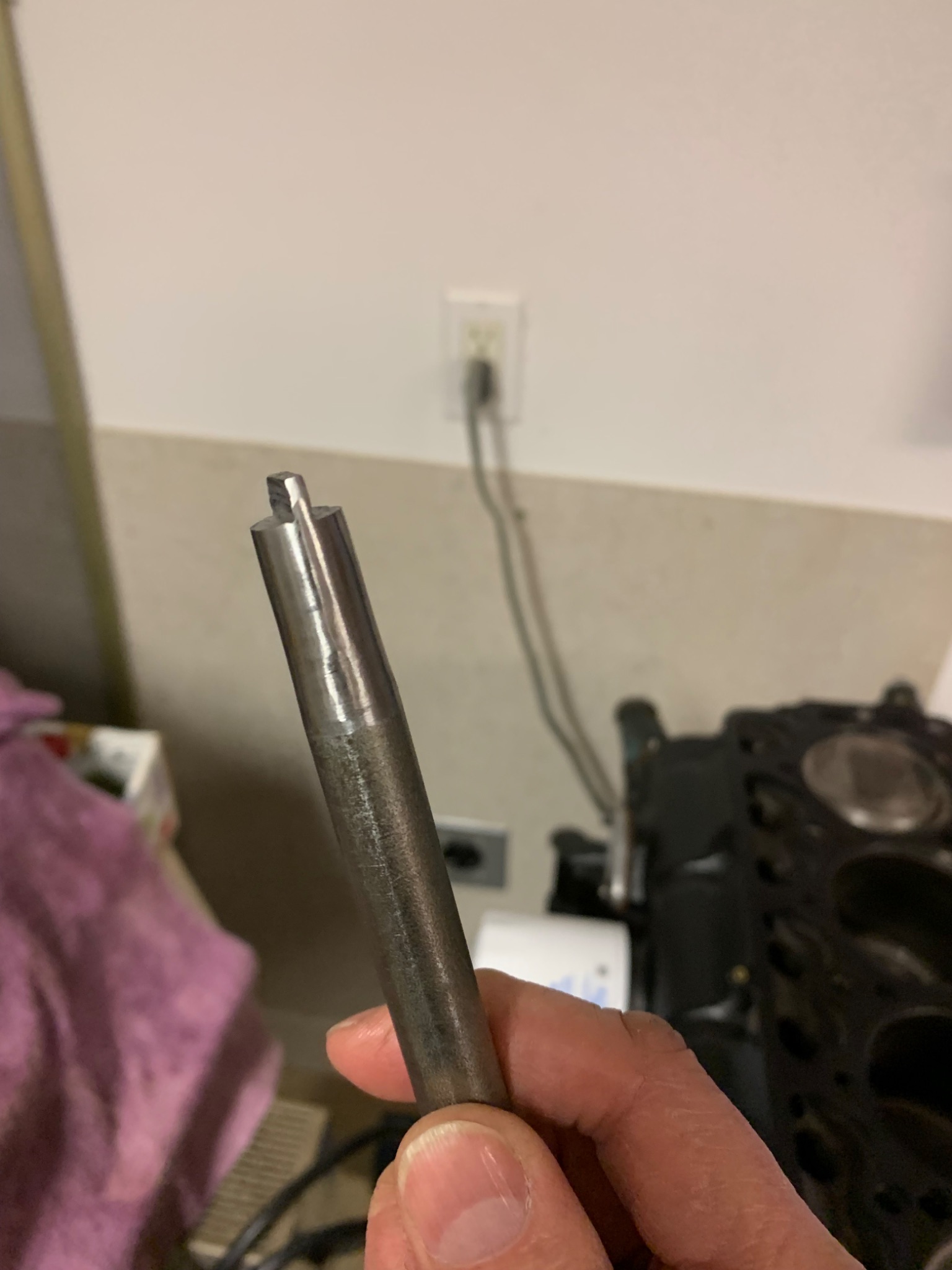 Front cover, water pump and oil pan installed.  You can see the upper timing chain and “slider” which the head will slip down over. 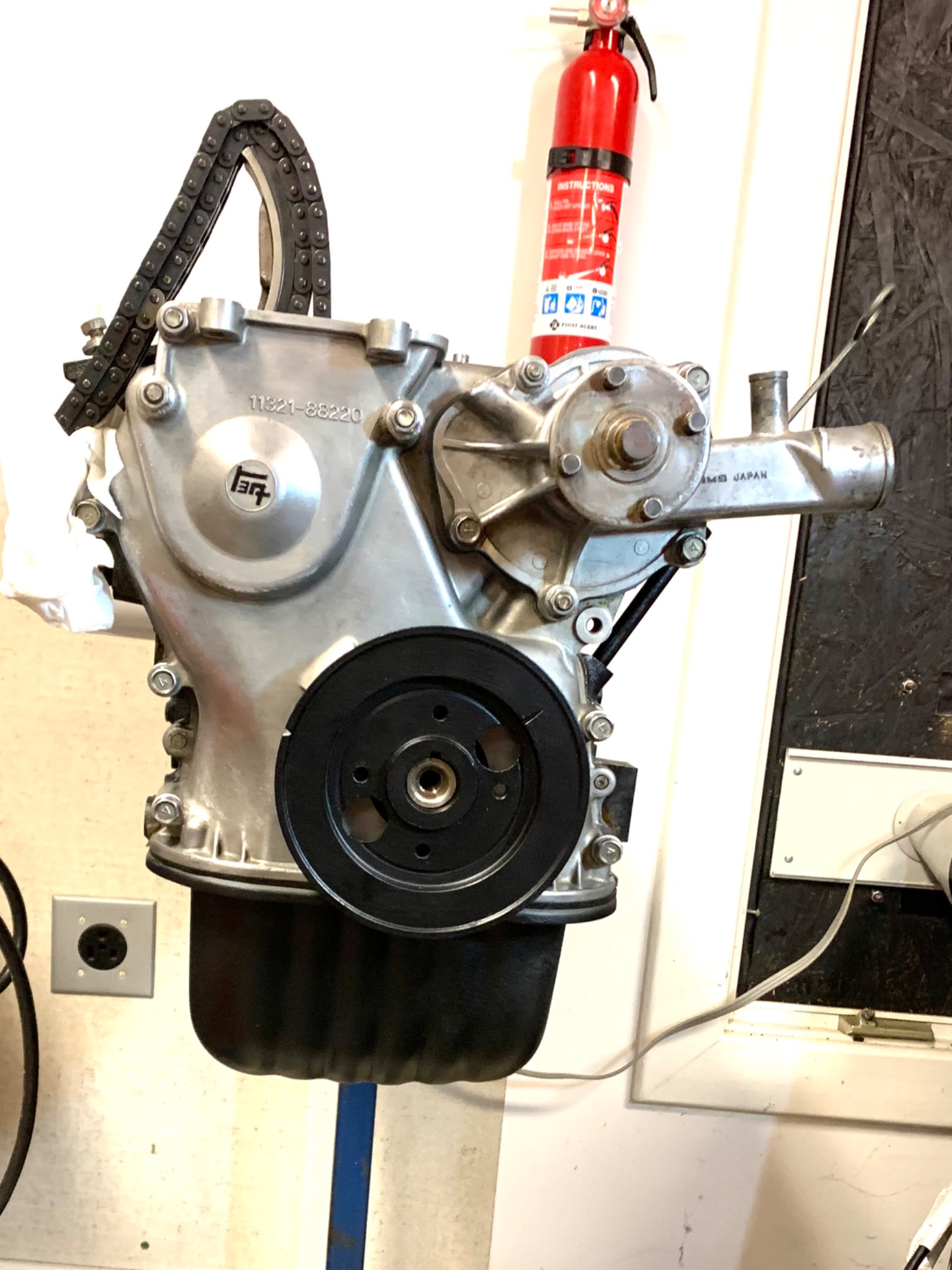 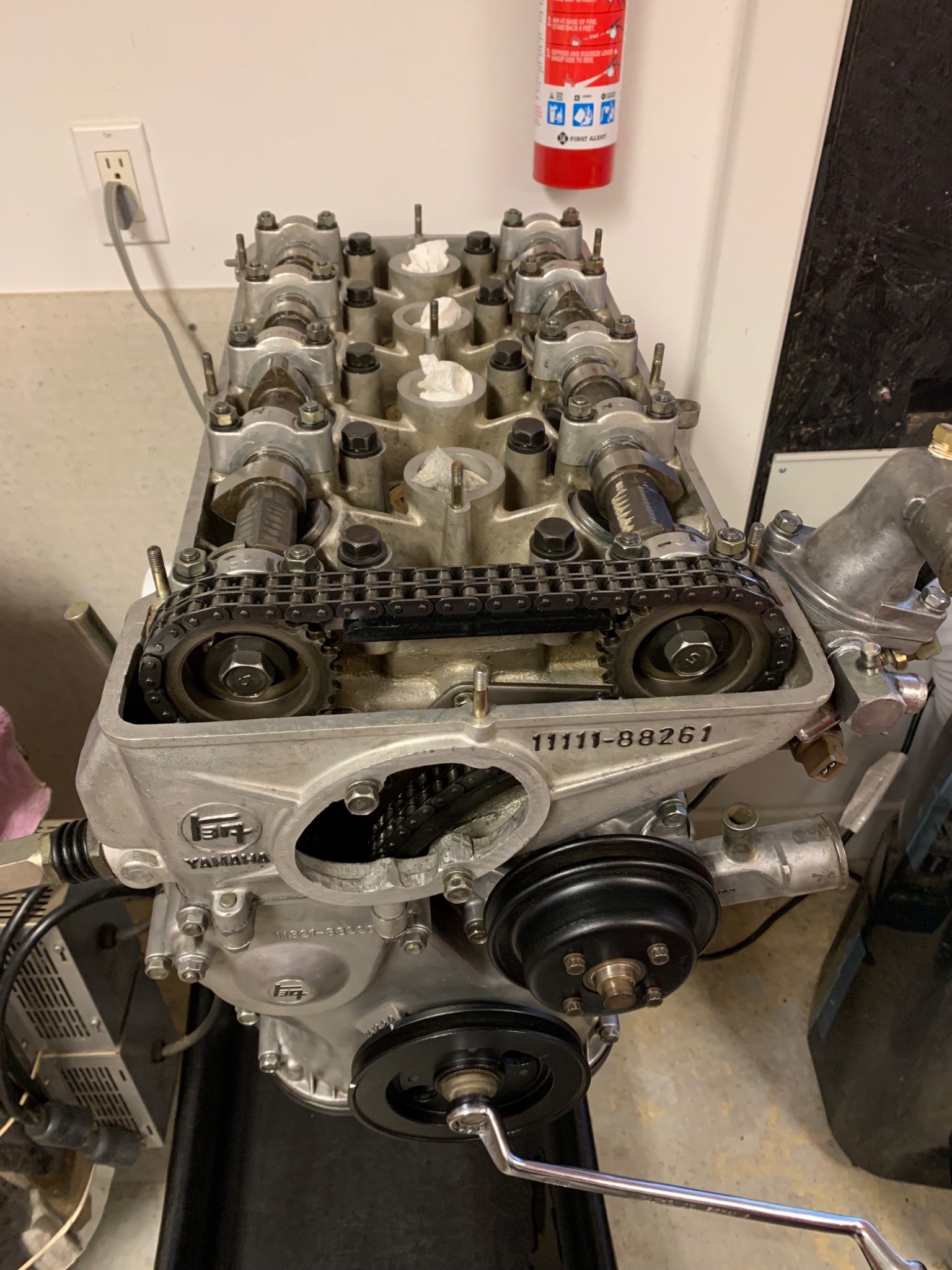 The thermostat housing took a bit of fiddling to accept the two temp gauge senders and the bush for the sensor which cuts off the a/c if things get too toasty. 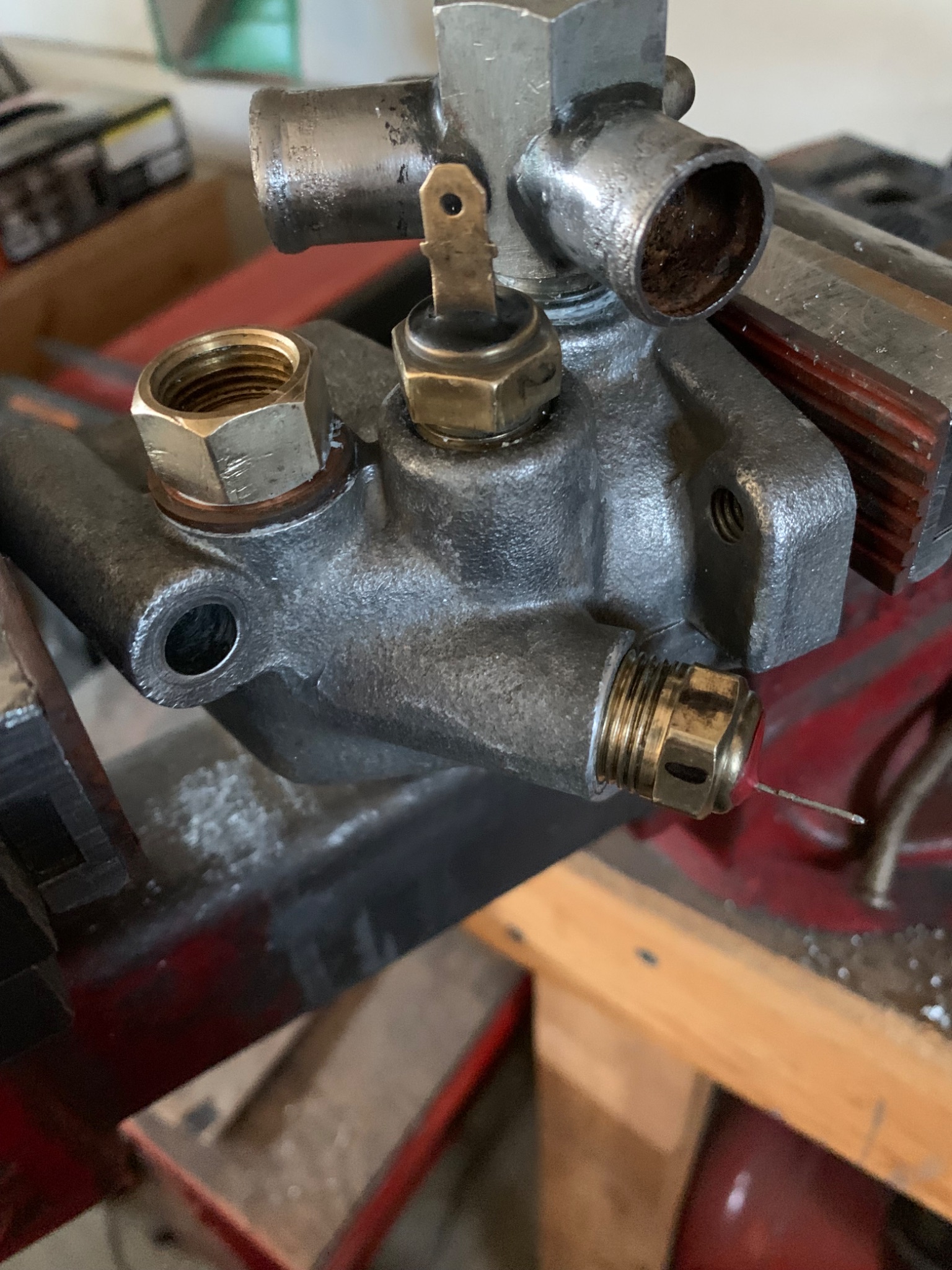 Also, I had to block off a small opening in the heater hose/bypass fitting.  Used a small piece of copper and solder. 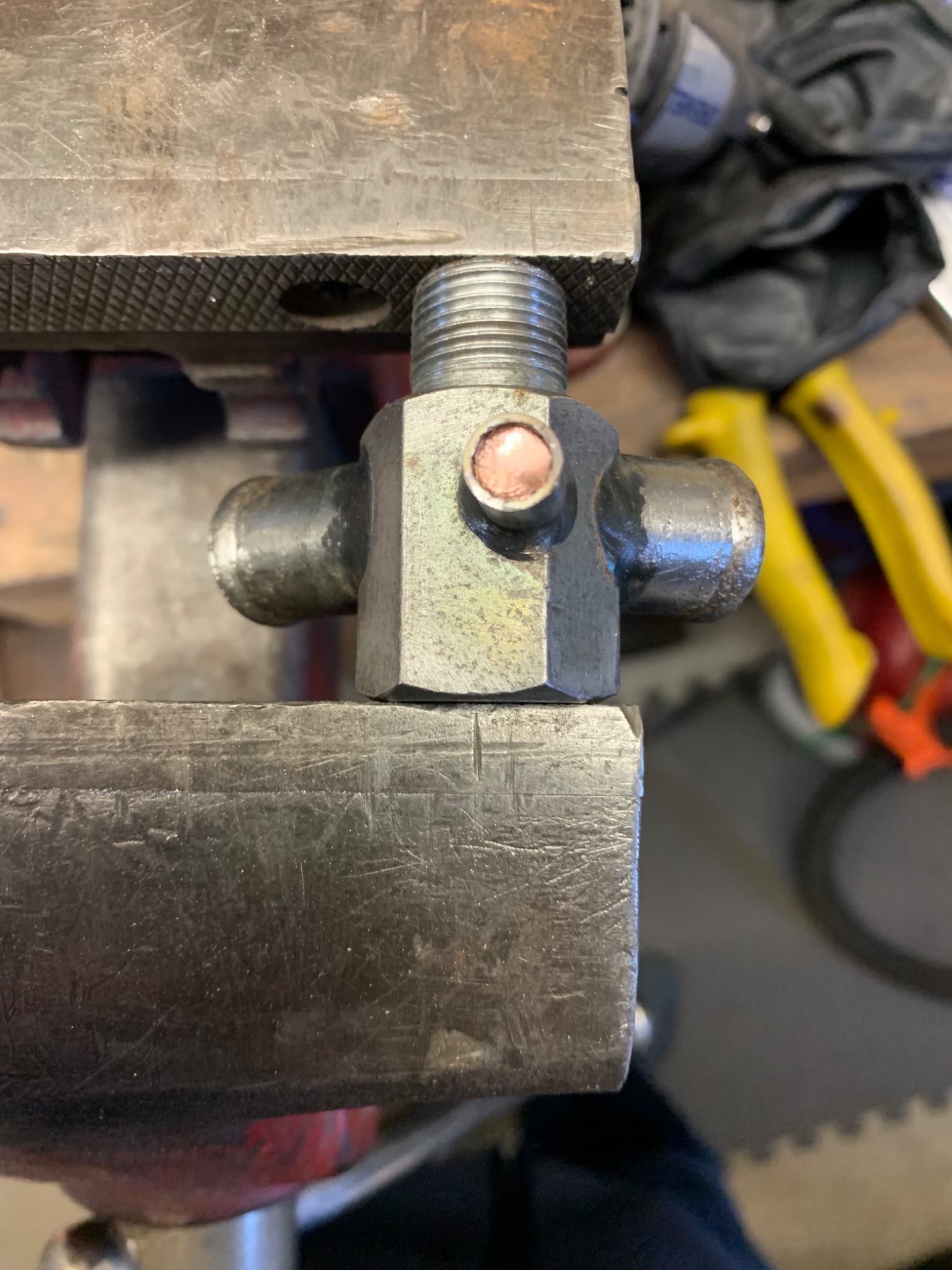 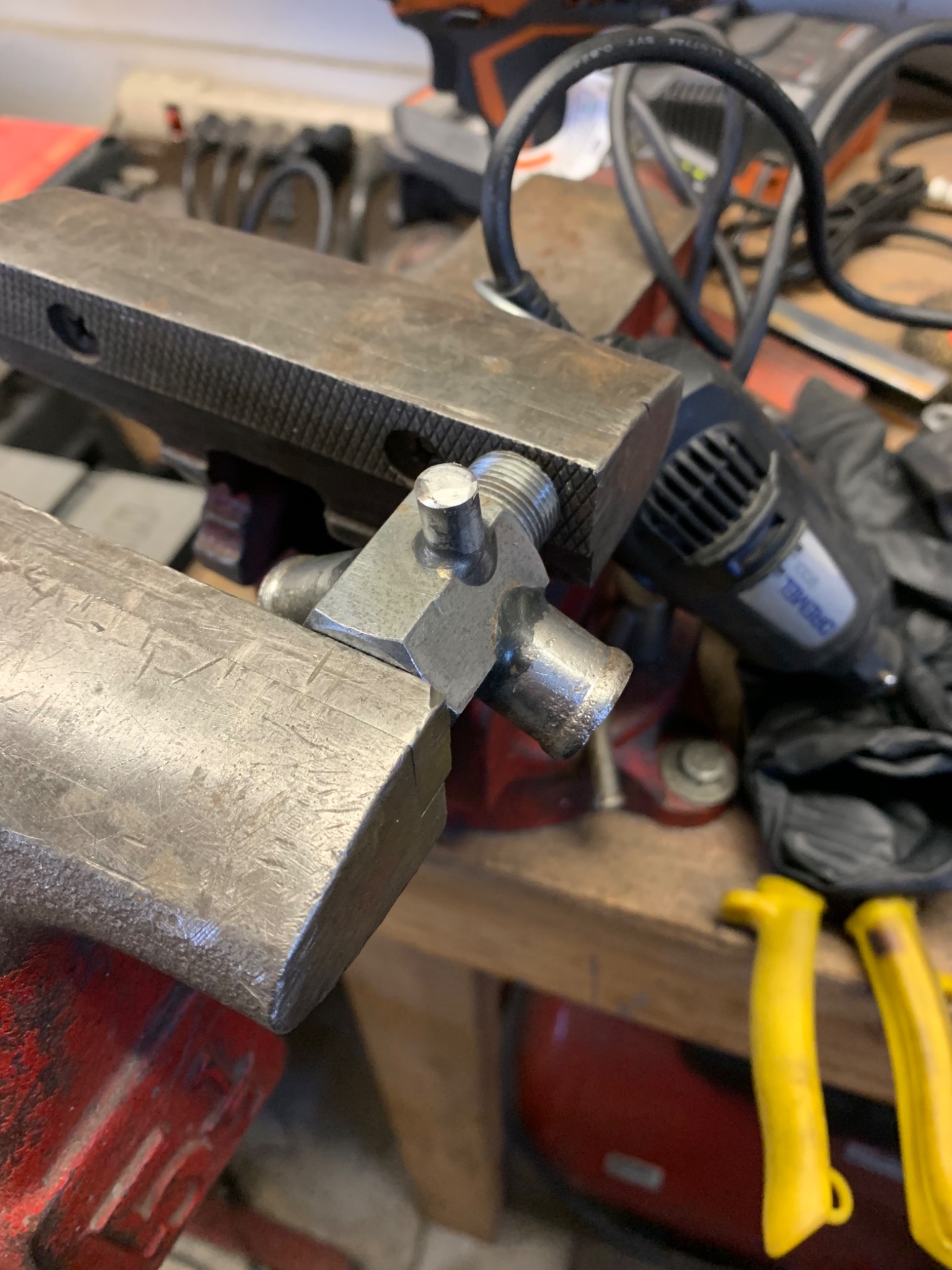 Just for grins, I mocked up the dizzy and cam cover for a “sexy” shot.  Not a fan of the blue wires, but I got some neat black loom to cover those.