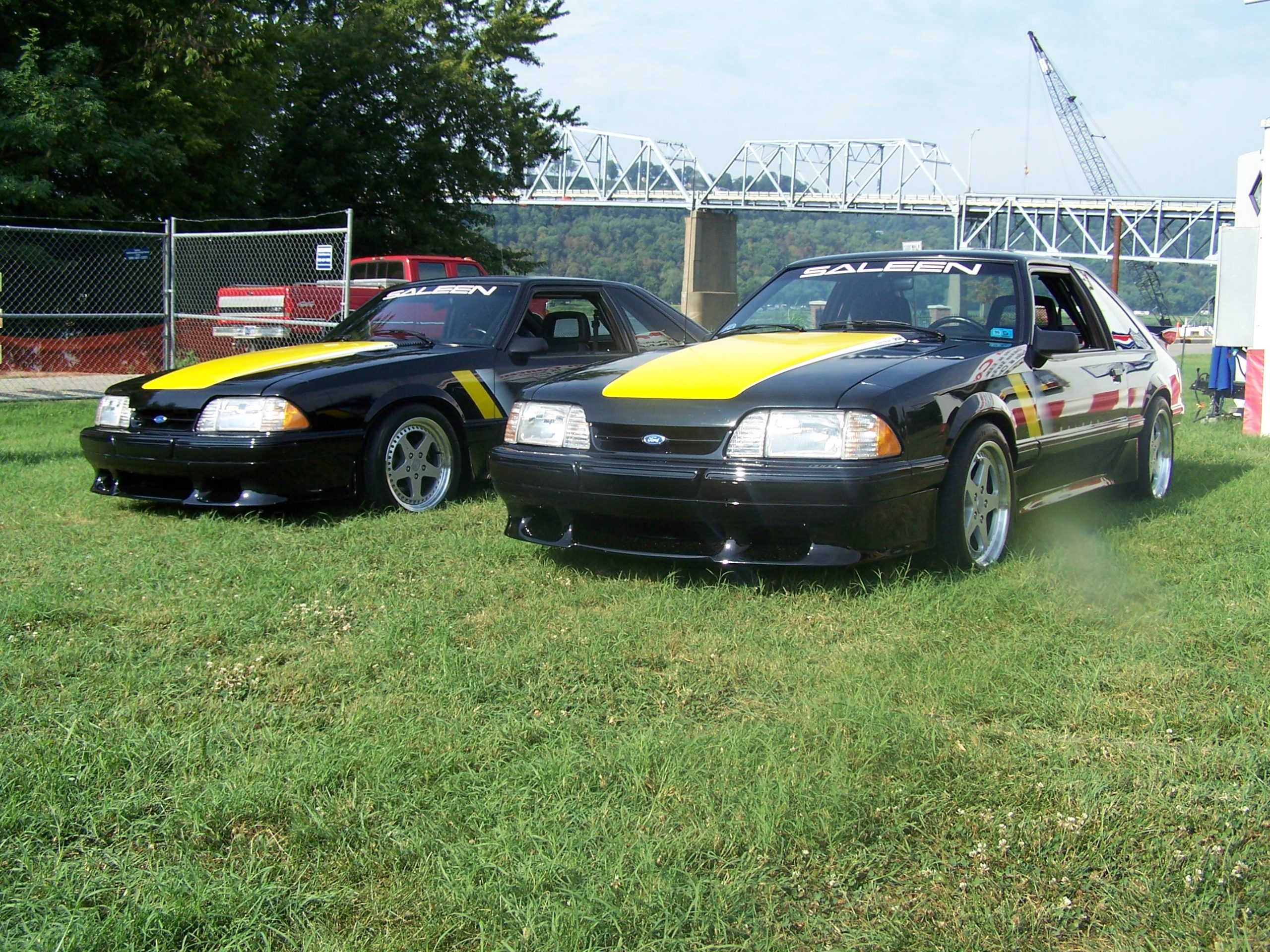 I’ve been waiting for my camera to return before posting this but the anticipation has just been too much.  I accidentally left it at the hotel.  I will post pics of the cars when I get it back.  It’s currently in route to me.

Two weekends ago I went to the Saleen National’s hosted by the Saleen Club Of America (SCOA) and my buddy Brad brought his SA10 #2 and invited a close friend of his who owns #8.  It was exactly like going to Wal Mart as a little kid and staring at the Optimus Prime in the box.  Same feeling just 30 years older.  Yes, this is very cliche.  The only difference between a man and a boy is the price of his toys.
I asked Bill if I could go for a ride in his.  He said “Sure!” As we were walking to the car he pulls the keys out and dangles them in front of me.  My response was “You’re kidding!!??”  He said “Nope” and we hopped in and went for a cruise.  What an awesome experience!!  I never really got to open the car up because we were in a very small town which had a tight grid of city streets with stop signs at every intersection.  I didn’t care though.  It was just so cool to drive one of 9 cars built and according to the documentation one of the owners has, this car is the highest optioned of them all.  Thanks Bill for the opportunity.  Very
On the way up Brad and Bill had truck problems and had to leave the truck and trailer at a dealership for repair.  They drove both cars in from that point to the show site.  The next day I let Bill and Brad’s Dad use my truck to go get theirs.  In that process Brad gave me the keys to #2 and I got to drive it down to the show.  Granted it was a very short distance but I still got to drive it.

Little Tip:  To spot car #2 in pictures look a the A pillar and see if it looks a lot wider.  Number two has a six point roll cage in it and the front two supports run down the A pillar through the speaker grilles in the dash.  It is the only one that has that option and is quite obvious when you look at pictures because the A pillar on either side of the windshield looks twice as thick as it normally would.