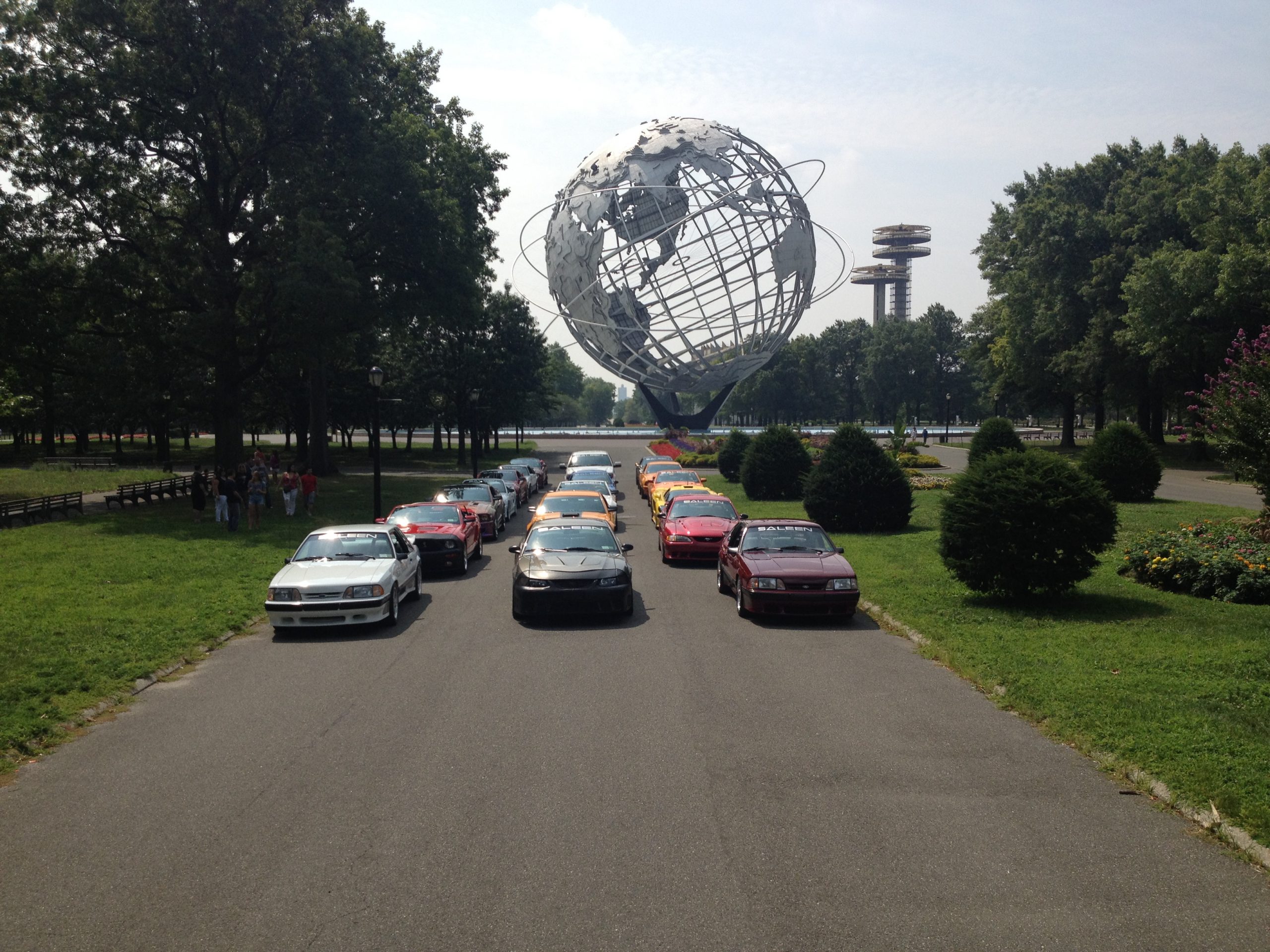 Going back about 10 years I would peruse the online message boards very often.  Daily and even hourly at times. I don’t have that much spare time these days.  I was fortunate enough to cross paths with a gentleman named Gary Alsobrooks on the forums.  His screen name was “Big Wing” because he owned one of the very few 85 Saleen’s produced with a “big wing”.  Saleen changed the design due to complaints from customers not being able to see out the rear view mirror and lowered the wing.  So this is a pretty rare sight on a Saleen.  Not to mention that Gary’s car was also a T top car and it was in the ever popular white with blue stripes.
Moving forward a couple of years and Gary had cancer.  He had an organ transplant and was recovering well.  Even through all of that he was always helpful online with questions about Mustangs and especially Saleen’s.  It was about that time when he and I started chatting.  I owned an 85 GT at the time and was digging for some info to fix it up.  He was very helpful. Unfortunately cancer did take him from us.

An Award in Gary’s Honor

As I said, Gary was very helpful and even more so in person.  Those who came in contact with him still talk about him to this day. He was an incredible person in life and to the Mustang community.  When Gary passed the Saleen Club of America created an award in his honor. The Gary Alsobrooks award. The award is given out annually at the Saleen Nationals event.  You have to be nominated and then voted for by the super majority of previous winners to get this award. It’s pretty much the highest honor the club has to offer.  The very first person to win this award was Marc Allen.  Marc was the key person in me finding the car which this website is about.  I met him in person in 2009 at the 45th Anniversary Mustang Show.  He was very helpful throughout the search process of my car.  A very deserving person for this award.
Since 2009 I’ve come into contact with more people in the Saleen community and each year the award is given out.  Every year after the award is presented I think “yep, they deserve it” because each person that holds the award is someone who embodies what Gary was all about.

This past August I was able to visit the Saleen Nationals on Long Island.  I had an awesome time visiting with some old friends and putting faces with names of people I’ve met on the message boards.  Having never been to NYC or any part of it made the experience all the better.  We drove to the Worlds Fair site, which is probably more famous these days because of the first Men in Black movie.  But, this is where the Mustang was introduced to the world in 1964.  Very fitting to go there because the Mustang turned 50 this year.

The day of the show was pouring down rain. Even with that the prototype Saleen S7 showed up among a hundred other Saleen models from 85 to current.
The end of the day caps off with an awards banquet. Steve Saleen joins the crew the day of the show and at the banquet talks about what Saleen’s plans are and also answers questions from the attendees.  An awesome night for any Saleen enthusiast for sure.
The final award given out is Gary’s award.  The award is given out by the person who won it the year prior. Lee Reese won it last year and was giving the talk about what the award is about and what it represents.  As he’s going through the statements I’m nodding in agreement.  A close buddy of mine looks at me and nods and I shake my head in disagreement.  It was as if he knew because shortly after that Lee Reese calls my name.  I must say that I was speechless and still am.  I’m humbled and honored to have won such an award. To  From the point where my name was called out to the end of the dinner is a blur.  I did meet with Steve after the dinner and had him sign the back of the award (pictured above).  We chatted briefly about what I was building and he was intrigued.  Other than completing the car, I would say this was a pinnacle in the build process of this car.  Getting to talk with Steve about it was a highlight for sure. What better way to end a weekend of Fun, Friendships and Saleen’s.  Which is what Gary was all about in the Mustang community. 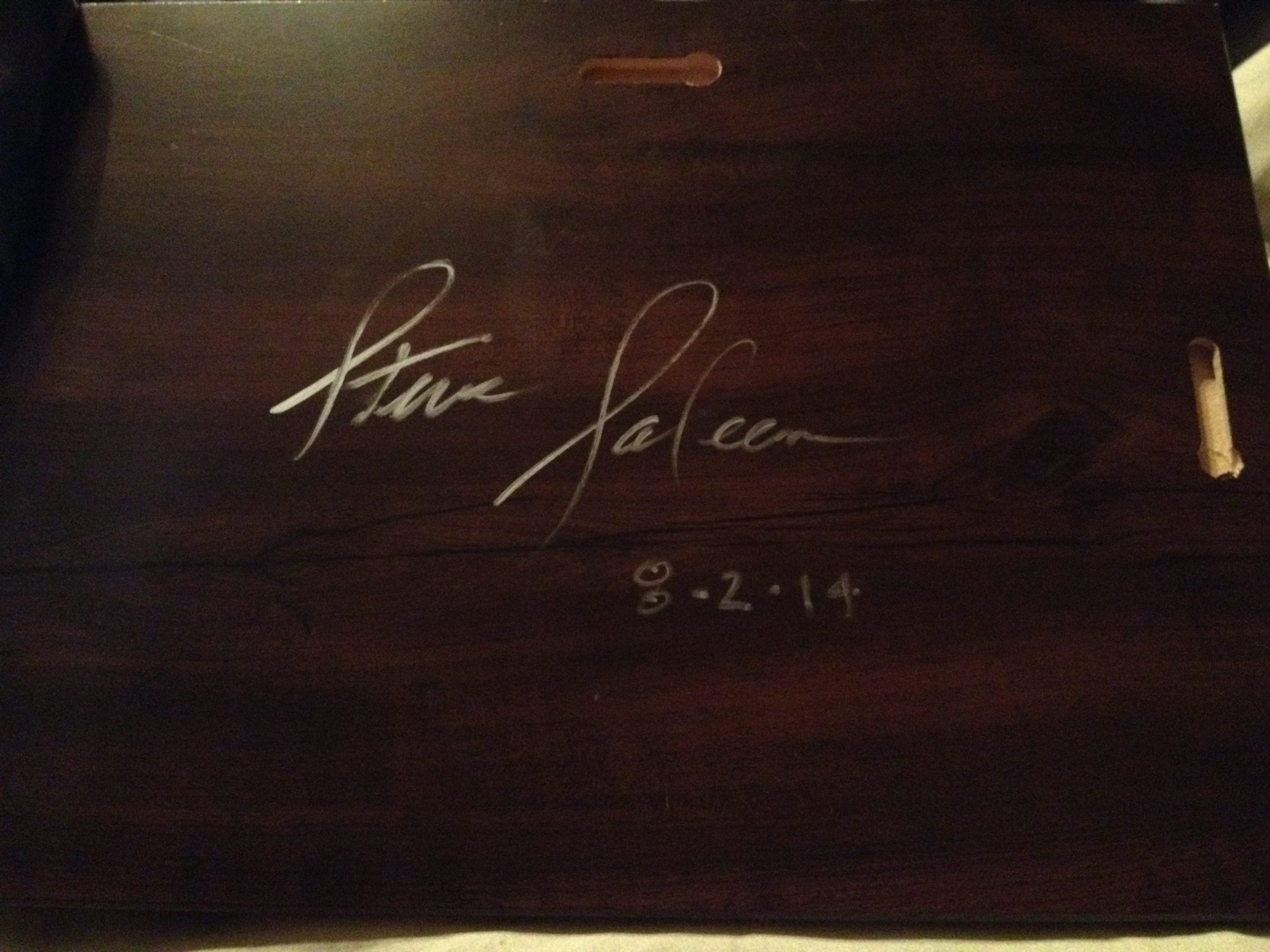 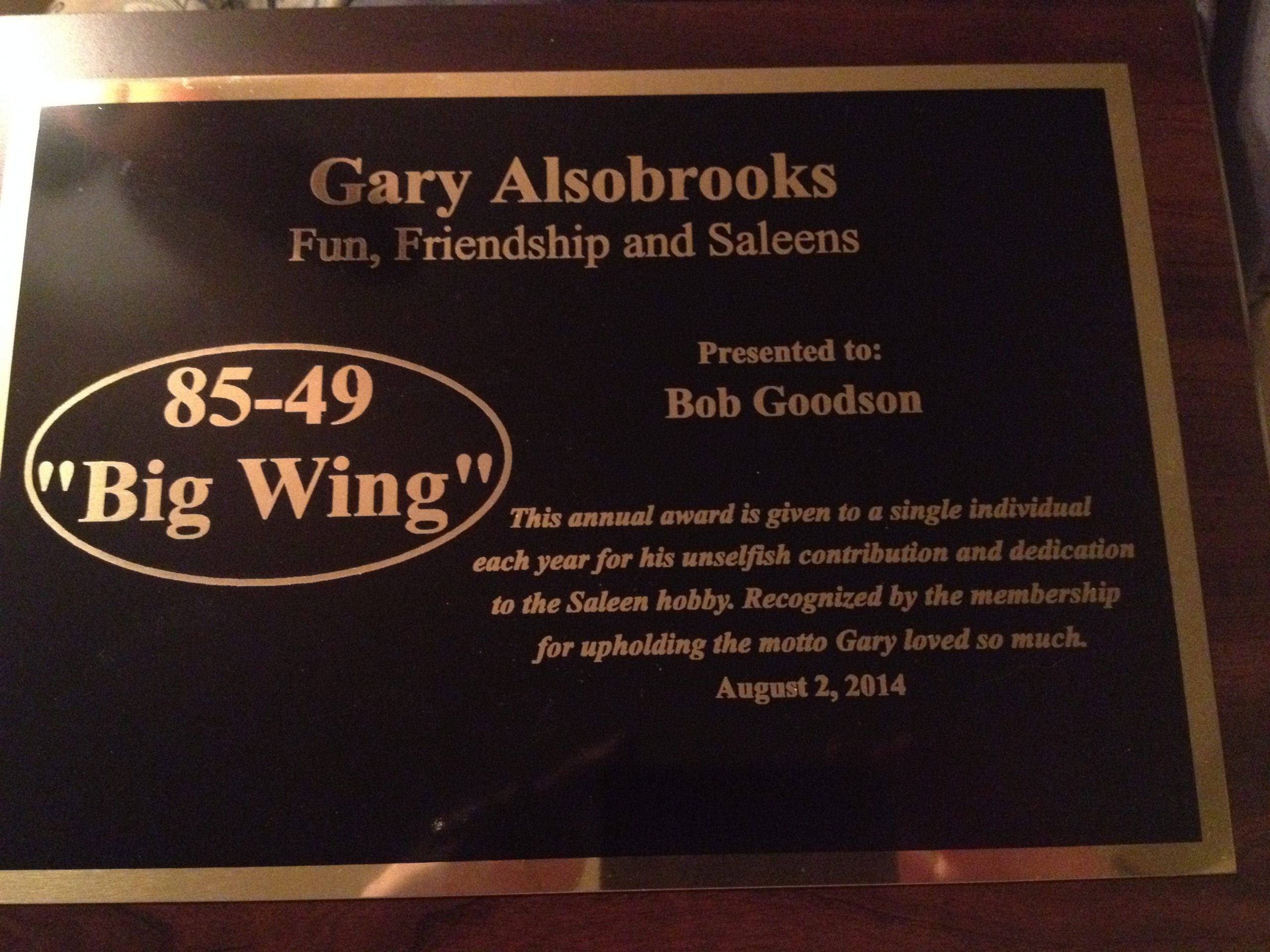