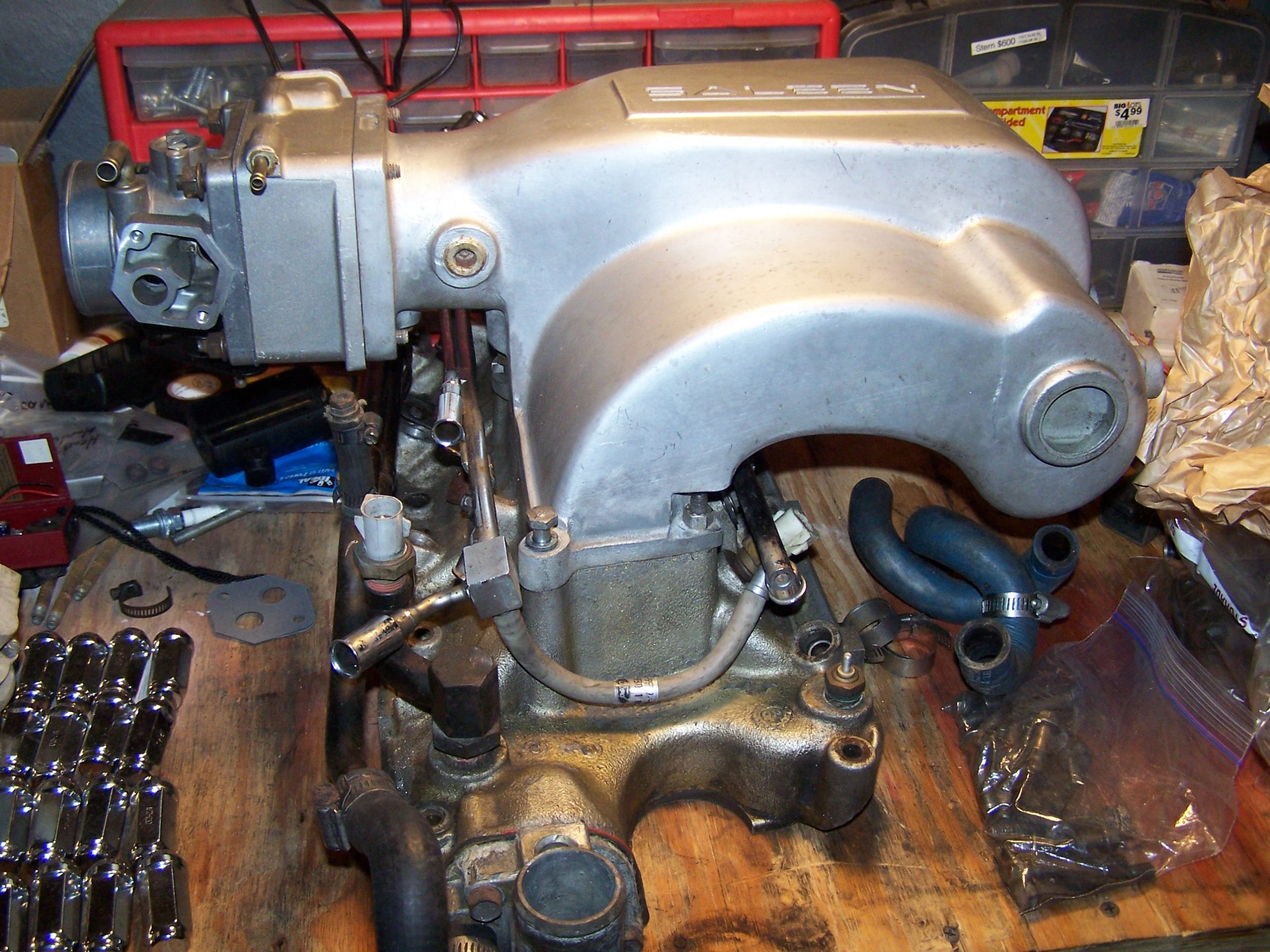 In the pic above: Intake with EGR and Throttle Body. Needs a good blasting and clean up.

It just so happened that I was on the phone with a good buddy of mine from Chi-town when he was on his way to pick up a Saleen part.  I was explaining to him what I had left to grab and he said he was on his way to get an intake.  I mentioned that I needed one and he immediately offered it to me if I wanted it.  He asked how much I could pay and I threw out a number.  With one word from him, “Done!”, the deal was struck.  And so now my intake tract is complete.  It consists of a Ford 65mm Throttle Body, 67mm EGR spacer, and the same style intake the other SA10’s had that came with the upgraded motors.  I can say for sure that car #9 does not have this intake.
I’ve had the throttle body and EGR for a while.  I was waiting for the intake to complete the ensemble and now here it is. 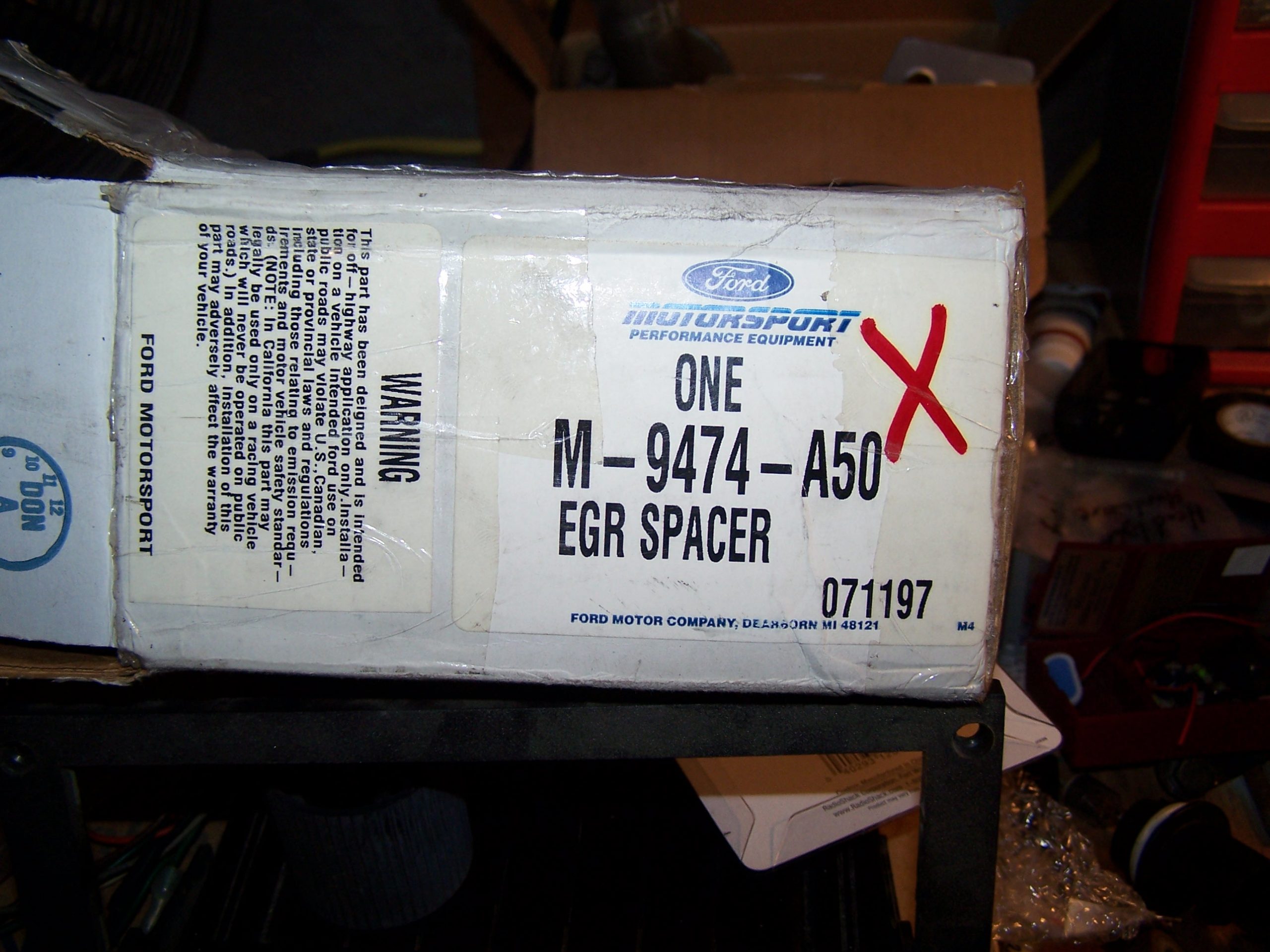 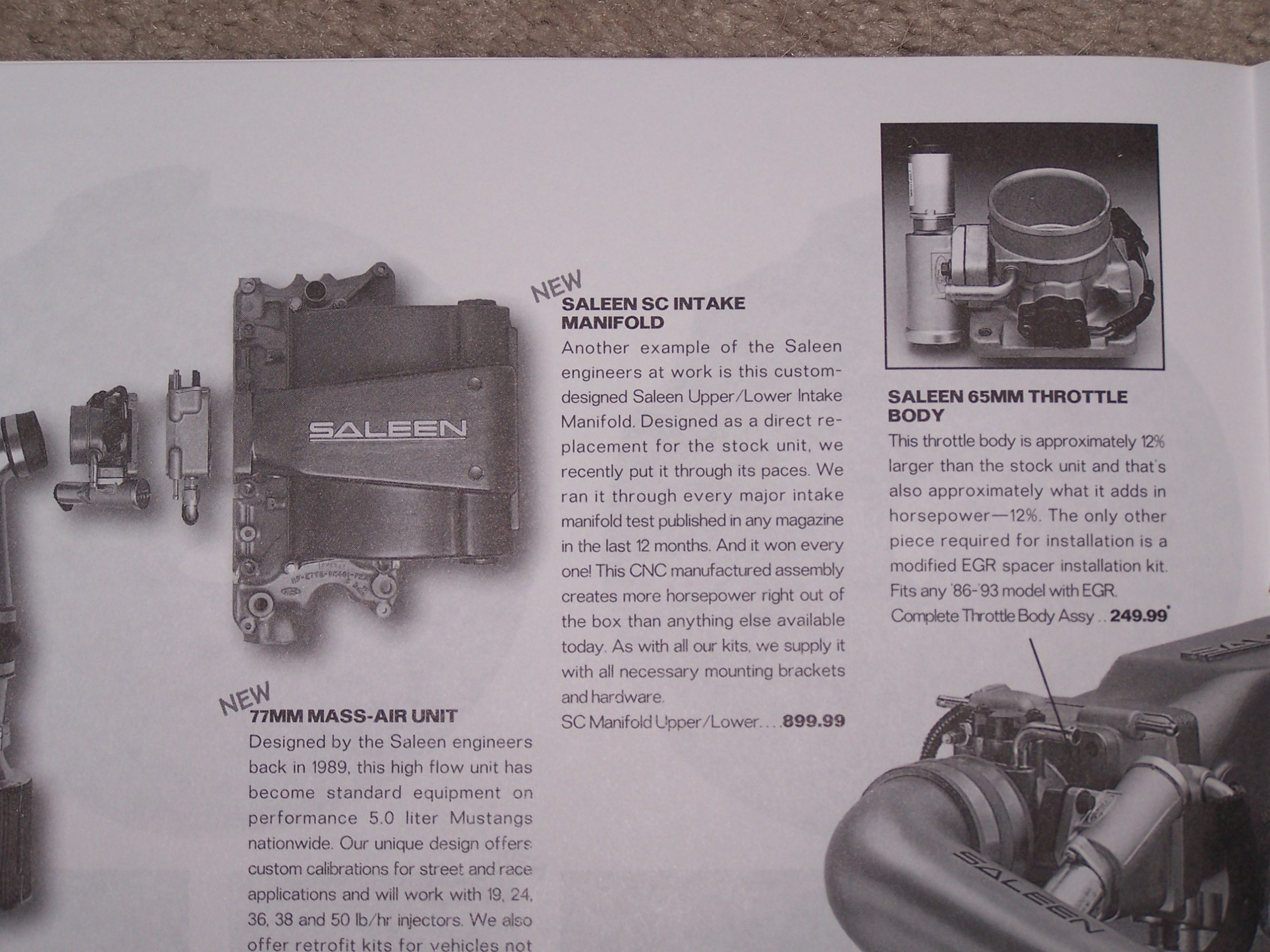 Catalog page with the Intake and throttle body. The intake picured is the first design Saleen intake. This wasn’t used on the SA10. Saleen changed the design during the time the SA10’s were built.