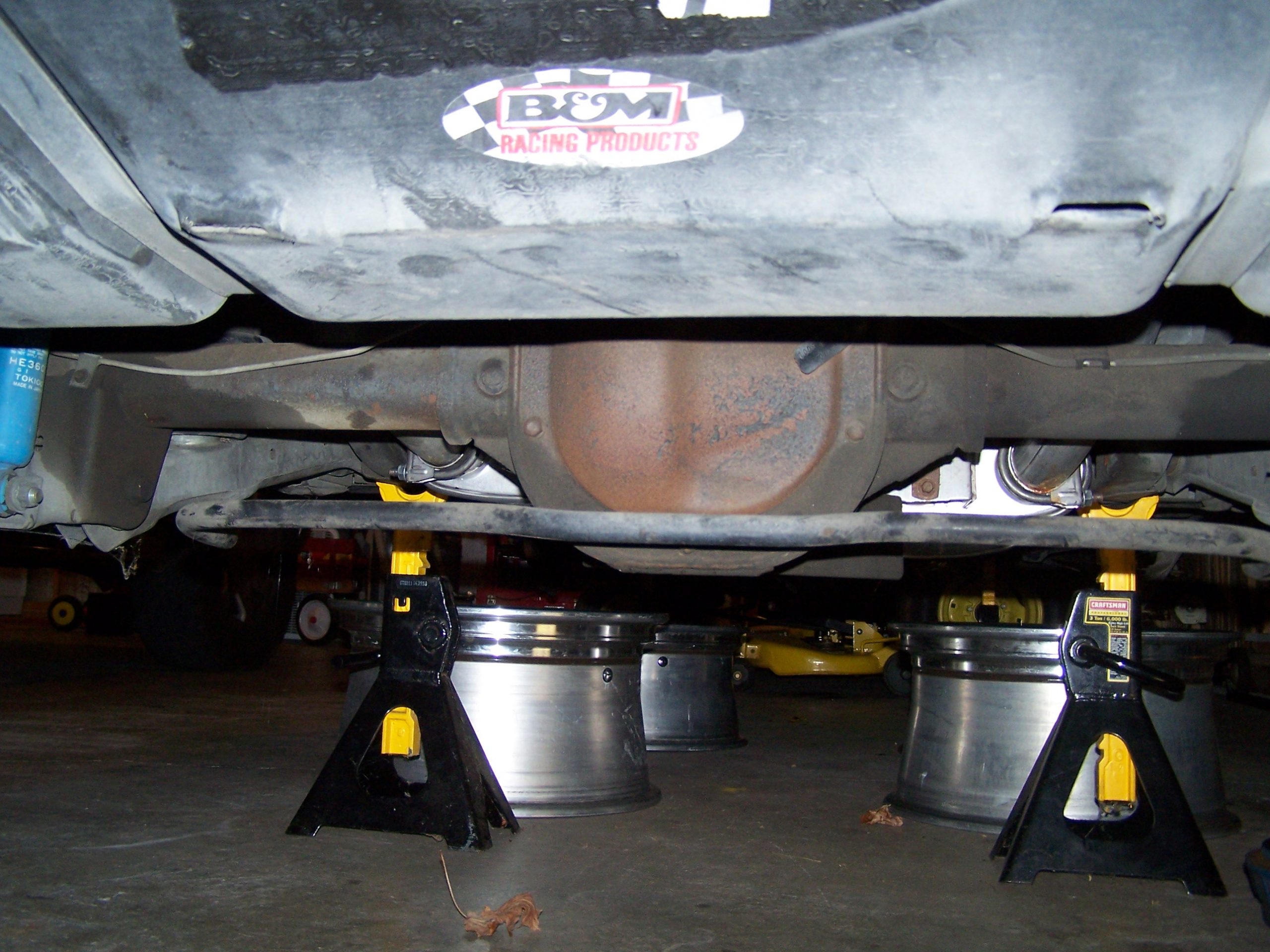 It’s time to get at it.  Right now the car sits on jack stands.  While that may not seem exciting, it is!  That means work is about to commence on the car.  I removed the factory 4 cat H pipe I installed on the car when I got it and sold it to a buddy for his car.  It’s a rare Saleen SC that needed a low mile factory piece to complete a light cosmetic restoration on it.  A worthwhile cause if you ask me.  Anything I can do to help preserve the Saleen vehicles I’m in.

With the removal of that I’ve got a chance to get the Ford Motorsport off road H pipe installed that I bought at the Carlisle all Ford show two years ago.  Once that piece is installed, then the car will leave the garage for a short while to have the subframes put on.  When the car returns then it will be time to disassemble the car and send it off for paint.

In the meantime I’ve been in discussions with a close friend regarding the short block for the car.  I’m looking for a VERY mild street build. The car is going to be Vortech equipped of course.  We’ll see if we can make 350-400 to the ground with an older combination of parts.  The short block will have modern touches done to it. Specifically with the crank, rods and pistons.  There’s huge benefits to building certain areas of the car with modern parts that weren’t available 20 years ago.  It only makes sense to do that to strengthen certain systems of the car.  The key is that they won’t be visible.  Which means from looking at the car, it will look as if it was built 20 years ago.

Over the last few months I’ve had two different hatch doors on the car.  I bought a black GT hatch from an 89 to swap out only to find out that the 93 hatch is a better stamping.  There were a few things that Ford did to strengthen the piece and to also keep it from squeaking/rattling on the car with extra bumpers and a better latching system.  If you were to ask me which year I would choose of the 87-93 Ford Mustang production I would choose the 93 if ride quality and build quality were important.  The 93’s ride better and have less squeaks and rattles.  This is due to a few things that Ford did to improve the car.  If you were to ask the enthusiasts which car is best you’ll get a myriad of responses.  I prefer a T top car with tilt wheel among other items.  So that narrows down to just a few years with those options.  Some people don’t like the airbag wheel introduced in 1990.  So it’s really a matter of opinion.  But I’ve driven a number of these cars and the 93’s always seem to have a “tighter” feel than the others.  It can all be corrected on the older models with modifications like subframes and other aftermarket suspension pieces but out of the factory the 93’s are slightly more refined in certain areas.
So, as I was saying I put another hatch on the car and just wasn’t pleased with it.  At the time I thought I would possibly cut and buff the paint on the car and see if I could forgo a paint job.  After much hem hawing back and forth, I decided it would be best to paint the car because I would end up not being pleased.  And the best time to paint is when the motor and interior are out of the car.  It’s time to make that move.