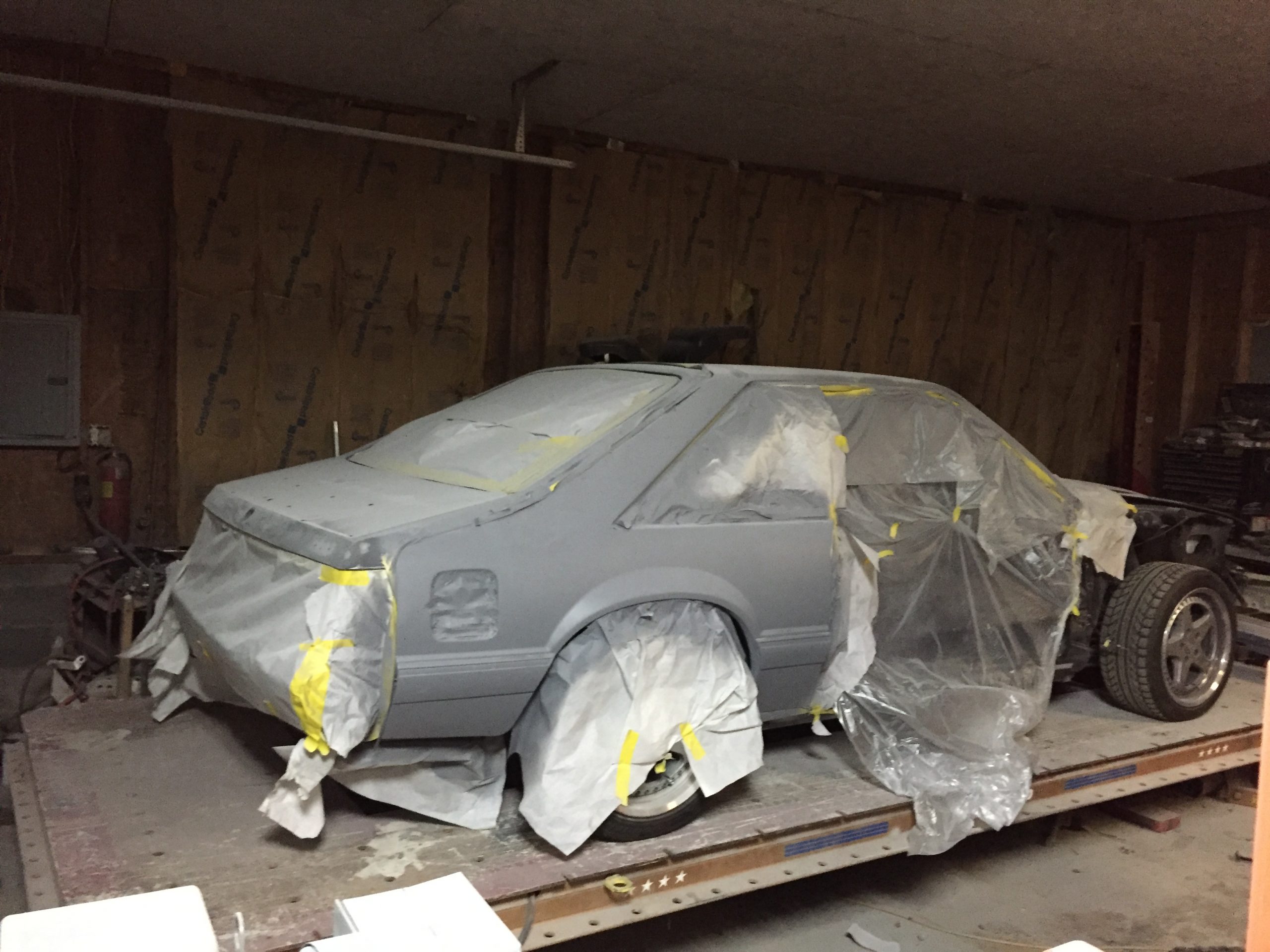 People text me, ask me at shows, at work, and online “How’s the car coming??” There for a while the car just sat as I spent time finding parts and gathering funds to get parts.  But now big stuff is happening.  As anyone knows in this hobby two of the most expensive parts of any project like this are paint and the engine.  The car is over half way through one of those.  Paint!!  My buddy Joe is taking his time doing this the right way.
We both had hoped to have it painted by the Saleen Nationals show but about a month prior to that we decided not to rush this process.  Do it once, do it right. That’s how it works with paint.  So the car is torn down and it is in primer. It’s been blocked a couple of times and will get another run of blocking before any color gets thrown on it.
It’s parked out of the way in the shop because there are other cars being worked on too. 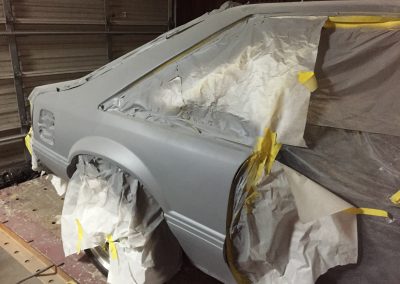 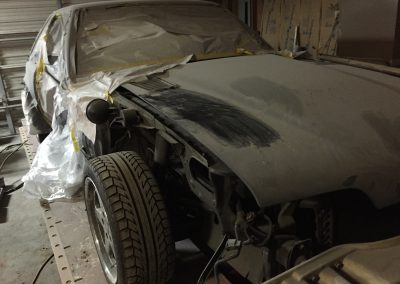 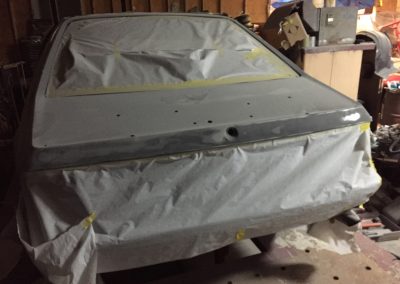