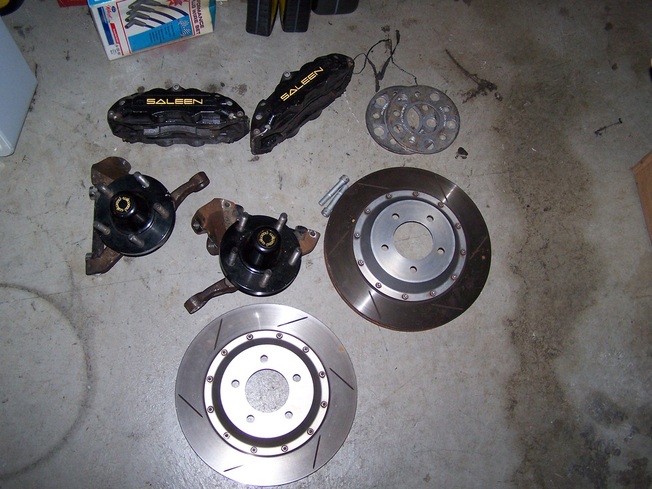 By: Bob Goodson
June 5, 2011
0 Comments
Yesterday I hopped in my truck to go to North Carolina to pick up some parts. The owner, or former owner as of this typing, of SA10 #9 had some parts I needed for Number Four. A friend of his, Vance Wheeler, was kind enough to volunteer and help complete the transaction. I met up with Vance early that morning and he had worked out a little visit with his good buddy Larry. Larry has two 85 Saleen’s and a 90 SC. Larry was kind enough to open up his garage to let me look at his cars and visit for a couple of hours. I want to thank Larry for doing that and allowing me to crawl around his Saleen’s like a kid looking at candy at the candy counter. It’s not often you get to visit with some cool guys with like interests. We could have easily blown the day just chatting cars.

Once that visit was over Vance and I went over to the shop where the parts were. I walked into the shop and rounded a corner and I said “Whoa!”. Yes, I said that out loud. There sat SA10 #9. This car has a new home and I thought it was already on its way. What a treat! But, yours truly forgot one thing. A camera. Yep, strike that one up as an opportunity missed. And for the record, a Blackberry Curve just doesn’t take good pics. Beautiful Car. If the new owner reads this, You’re one lucky guy. 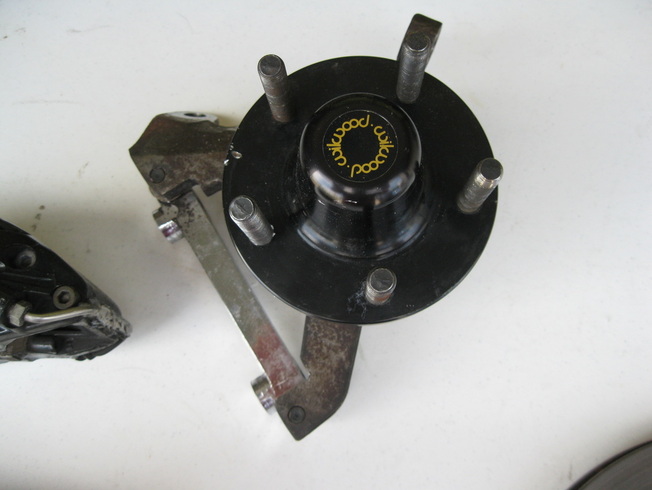 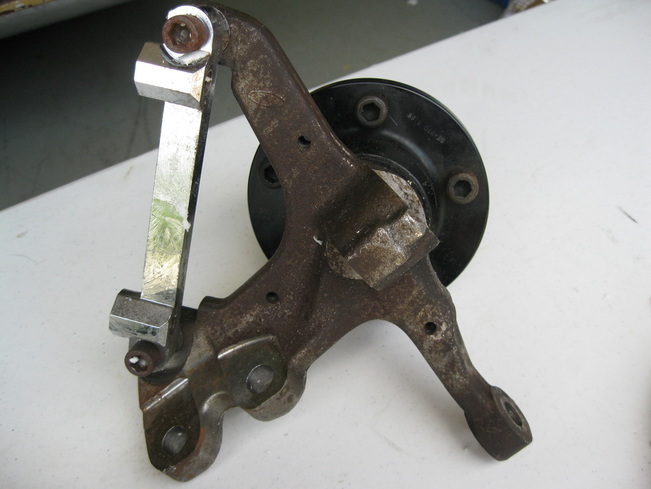 On to the reason I traveled so far.  The SA10’s had some cool brakes that Saleen didn’t use on many cars.  These calipers are similar, possibly the same, to the Alcon’s Saleen used on the 94-04’s.   They also have modified Fox spindles with Wilwood hubs and two piece rotors.  This particular kit is the one pictured on the Info page here.  I do know of two other kits like this that have changed hands since 2007 but I couldn’t track them down.  One set sold on Ebay and the other sold at the Carlisle Ford show a few years back.

A big thank you goes out to Vance and DeWayne for helping out this project with the period correct and exact part needed to complete #4.  Also, a big thanks to Larry for the tour of his garage. 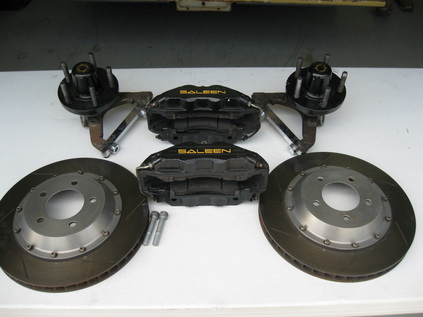 The brakes to the left are the brakes that were standard on the 1993 Saleen SC.  These brakes were the standard brake setup for all nine SA10’s produced. The SA10 basis of design was actually based off the 1993 SC. This brake setup is a hybrid between three manufacturers.  It has Alcon calipers, Alcon aluminum hats and rotors, Ford 87-93 V8 Spindles that have ben modified and a Wilwood hub. This was made this way because there weren’t many companies offering kits like this for the Fox Mustang Platform in 1993-94.