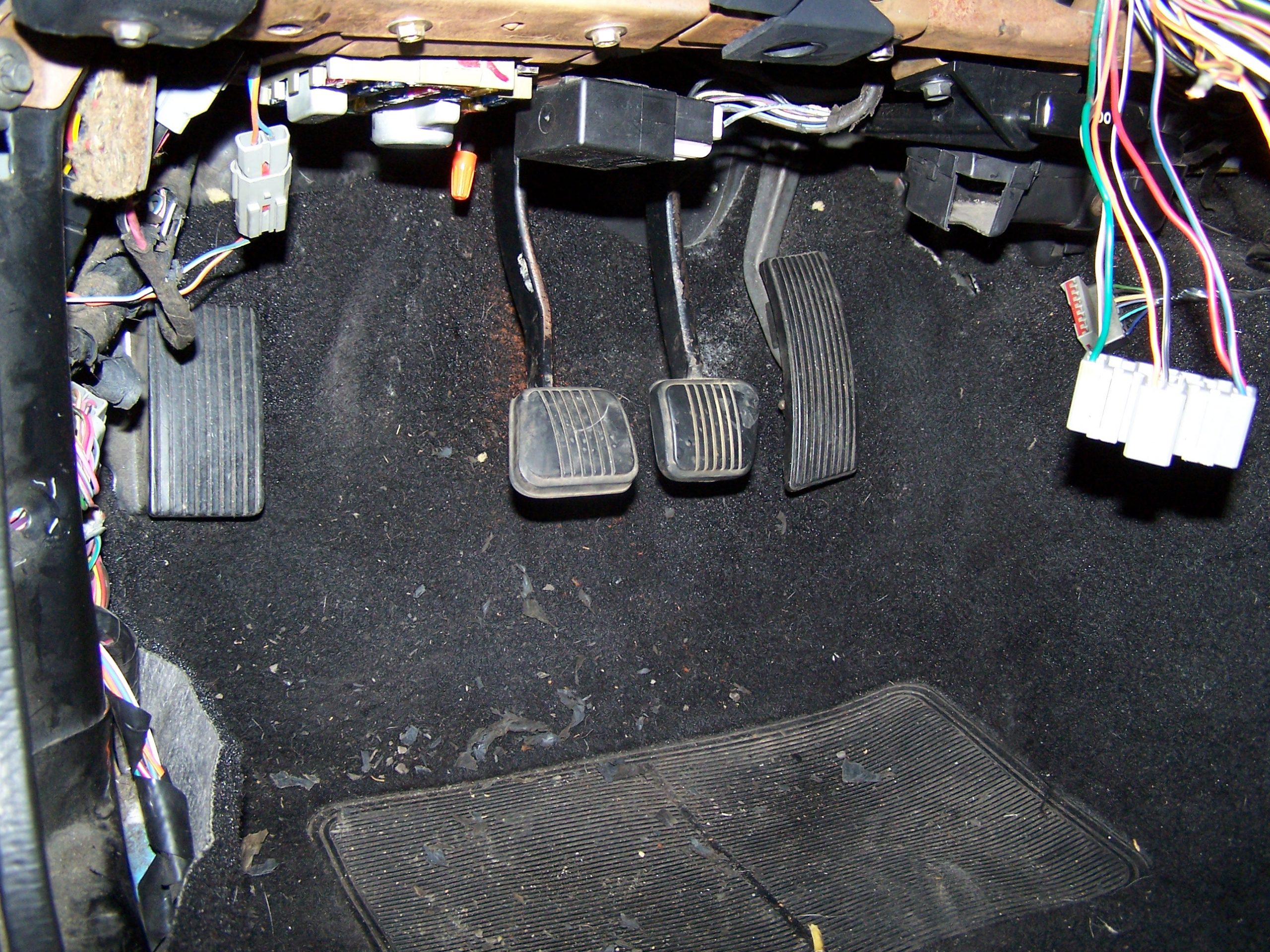 I got the pedal assembly installed and it went in without any major difficulty.  Just very time consuming.  Now the clutch pedal has enough travel to release the clutch so that the car will go in gear.  That has been an issue since purchasing the car.  It was an issue that Joe tried to resolve so that the car could make it home to me.  A very simple temporary fix that did the trick but was not a long term solution.  In the process of doing this the front seat has to be removed.  When I pulled the seat out the steering column was already disconnected and it was being supported by the seat.  When I pulled the seat out I created another issue.  It’s only right if something like this happens nearing the end of a wrenching spree.

So In that process of removing the seat I failed to remember to do something.  I realized that as soon as I set the seat down and turned around.  What else is connected to the steering column?  Well, the steering wheel is the obvious answer isn’t it?  But, what else?  That’s wiring to the ignition and multi function switch.  So, when I turned around there was a rather large amount of “wiring hair” hanging from the dash. 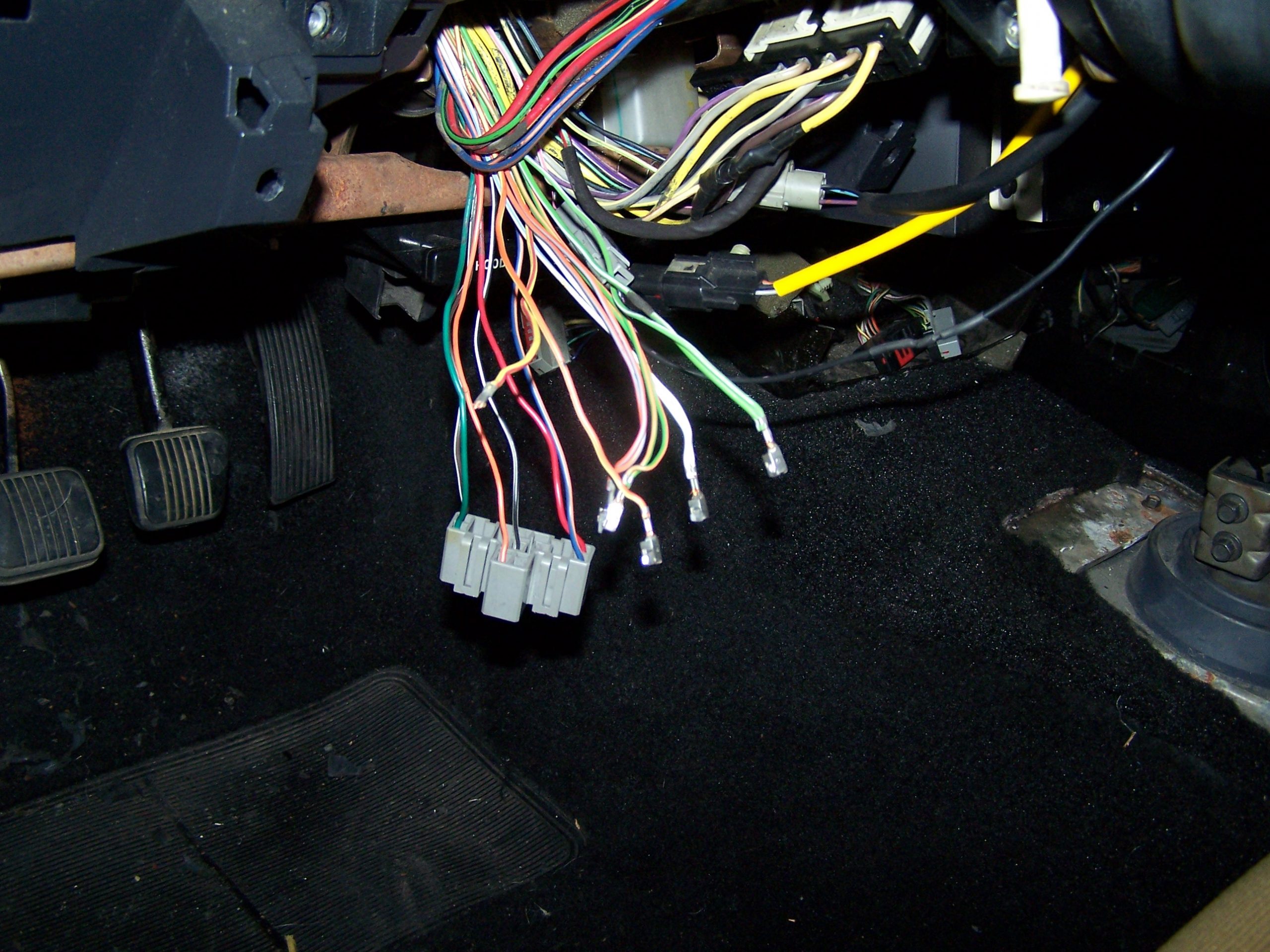 One of three connectors for the multi function switch. The loose wires were not in a connector at all

Initially I didn’t notice something missing but when I tried to find the third connector to the multi function switch I realized that it was MIA.  So the results were one wire broke from the wiring clip in the grey connector pictured above and the other 5 wires go to a connector that is a ghost.  It doesn’t exist.  This is the root of one problem with the blinkers.  They never worked properly.  It’s because the wires were just pushed on the spade connectors of the multi function switch.  Talk about a disaster waiting to happen.  In retrospect this mishap is a good thing to happen.  I didn’t know the connector was missing because it is on the upper back side of the switch.  Had the steering column not fallen and pulled the wires loose I would not know about this problem until later.
These Fox cars are getting so old now there’s no telling what kind of things were done to them.  This is one example of how bad things could get.  If a power wire grounds out a fire could break out.  The ignition switch has taken some heat from two of the power wires because the plastic connector is deformed around them.  I’ll be grabbing another one of those and the third connector for the multi function switch the next time I go to the junkyard.  Wiring and fuel delivery are two things that can ruin a car in a second.
My best advice to buyers is to look at the ignition wiring on a car that has had an alarm wired in or a large amount of stereo wiring. This car had both and its obvious many shortcuts were taken.  A little while longer with all of that in it and who knows what would have happened to it.   Wires crossed or too much amps being pulled through wires not designed to do handle the load will result in damaging your investment.