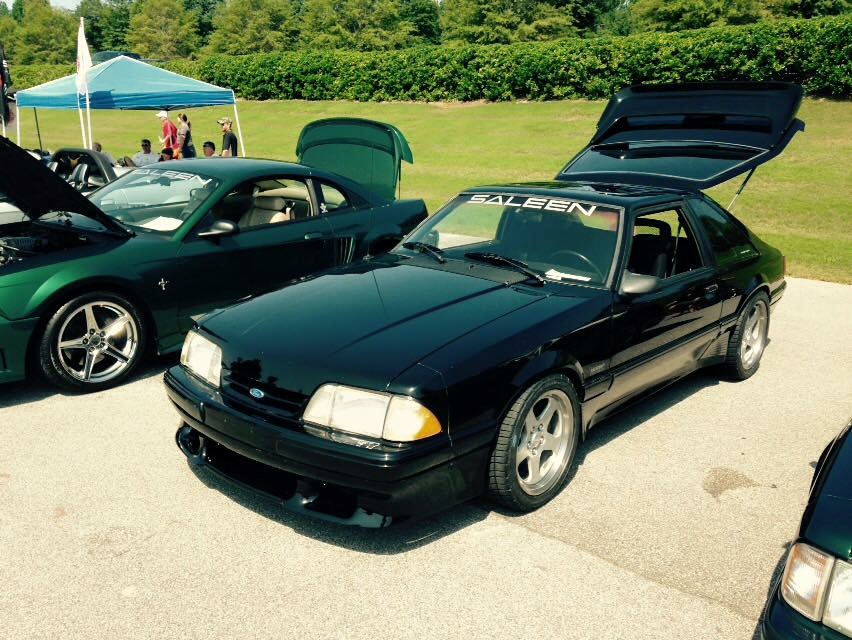 That moment of a heightened sense of awareness. The one where the deadline is looming in the near future and you’re staring at a mountain of paperwork or a project with so many moving parts in it that you think to yourself “can this be done??!”.  it’s one thing to do that at work because there are always projects that need to move forward or a process that has to be followed to reach a point of completion and move to the next event.  It’s another to set yourself up under that deadline only to add stress to your “fun hobby”.  We’ve all done it if you’re into any kind of vehicle hobby.  Whether it is racing, shows, or an event of some kind, you have to set a goal.  If no goal is set then usually the vehicle, or car for me, will just sit and become stagnant.  That’s not what I did with 93 #57.  This car as it sits in the picture to the left had been on the ground less than 48 hours.  The only driving it had done prior to this 3.5 hour road trip was a little jog through the neighborhood at 20mph.  So for this car to make it all the way there without any hiccups was fairly unusual.  There’s always something simple that would give you trouble.  Now, while the car did make it down there, it was not very clean.  I did take it through a car wash but that was it.  The interior was still nasty and hadn’t been cleaned up much since I bought it.  But it was at the Saleen Nationals and got me there safely.

The Saleen Club of America hosts a national show every year in August. This year it was held at Barber Motorsports Park in Leeds, Alabama.  The setting was perfect for an event of this type as it allowed many to put their Saleen’s on the road course, in the show field or both.  With over 100 Saleen’s in attendance it was the place to be if you’re a Saleen addict.  There were two SA10’s at the show which was awesome for my “addiction” and it was great to reunite with those owners again.  Both of which have become good friends over these past few years. 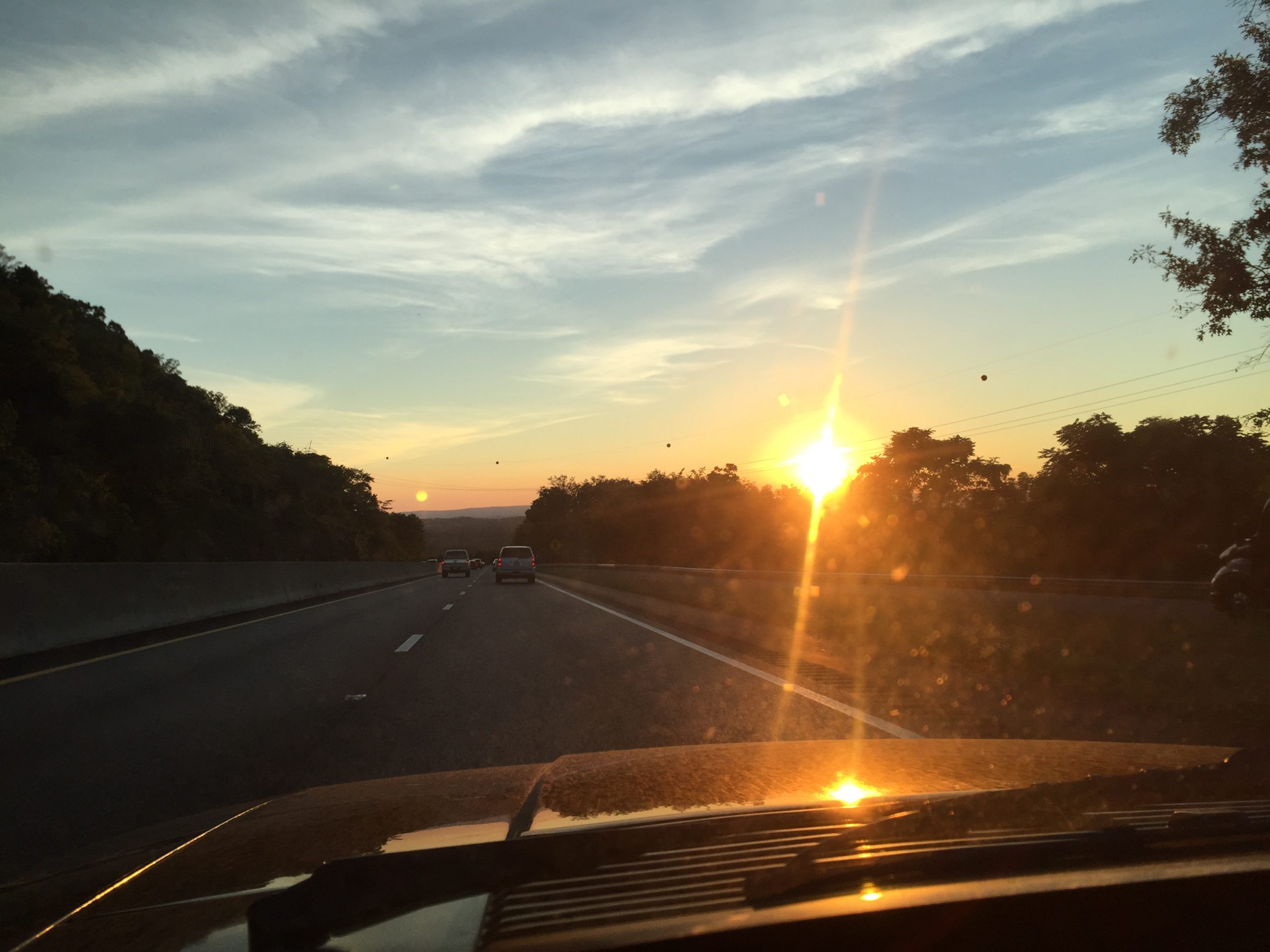 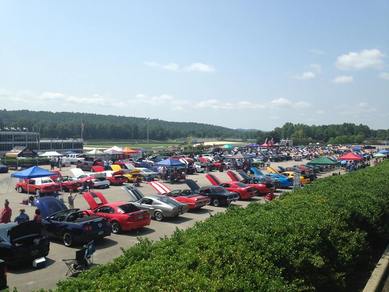 This is a shot of the show field which was impressive.  Steve Saleen was at the event and commented at how well preserved so many of the cars were.
What was also a highlight for me was seeing Steve jump in 1986 29R and run it on the track.  To watch Steve get into a car he hasn’t been in since the 1980’s was a huge deal for someone like me.  I never got to see any of the races in the 1980’s and what I did get to see was a little excerpt in a magazine.  So to watch Steve jump into a car he drove and run it to the ragged edge was cool.  Unfortunately the laps had to end early due to a tire failure. 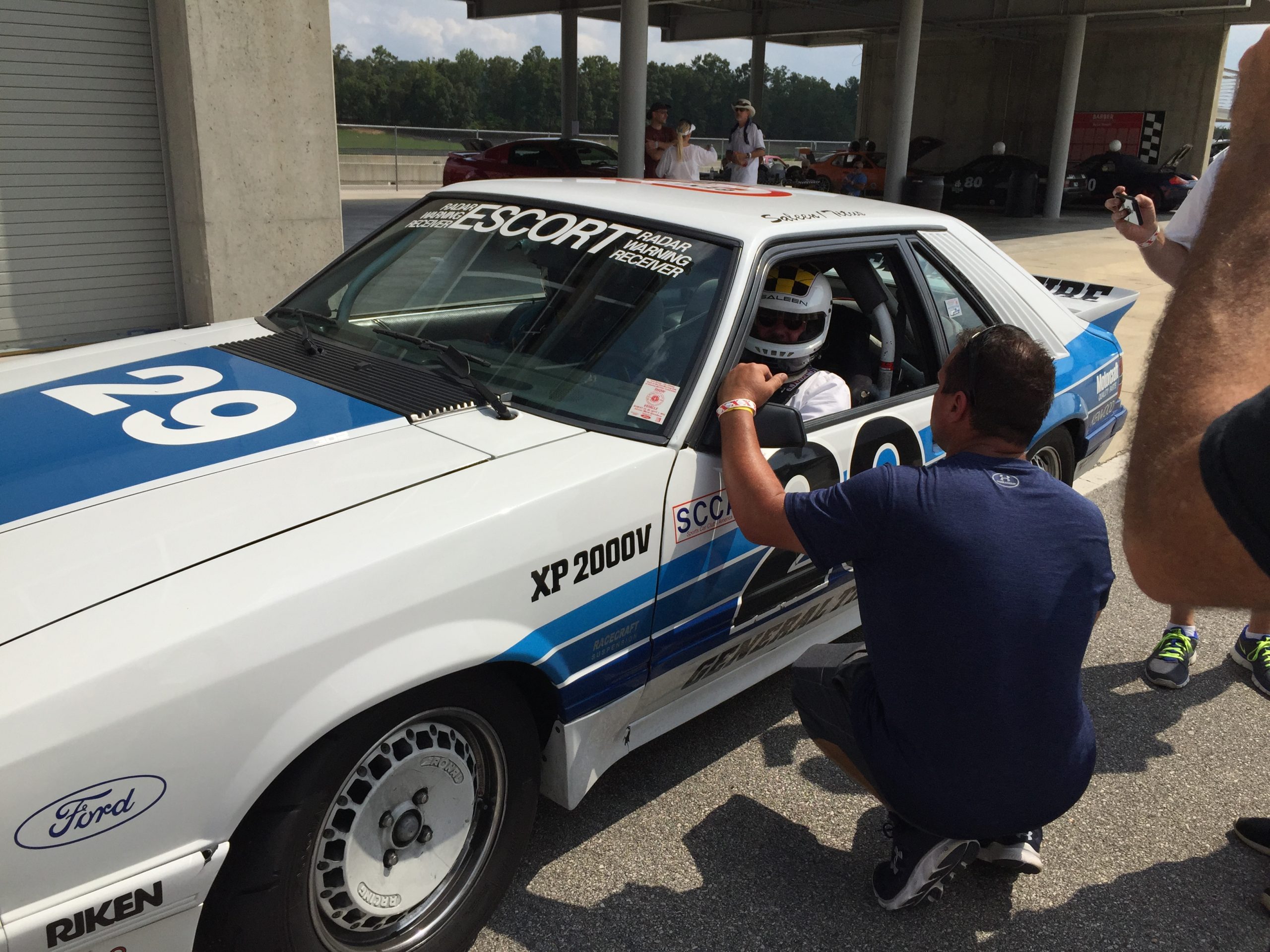 Steve and the owner of 1986 29R discussing an issue with the car. 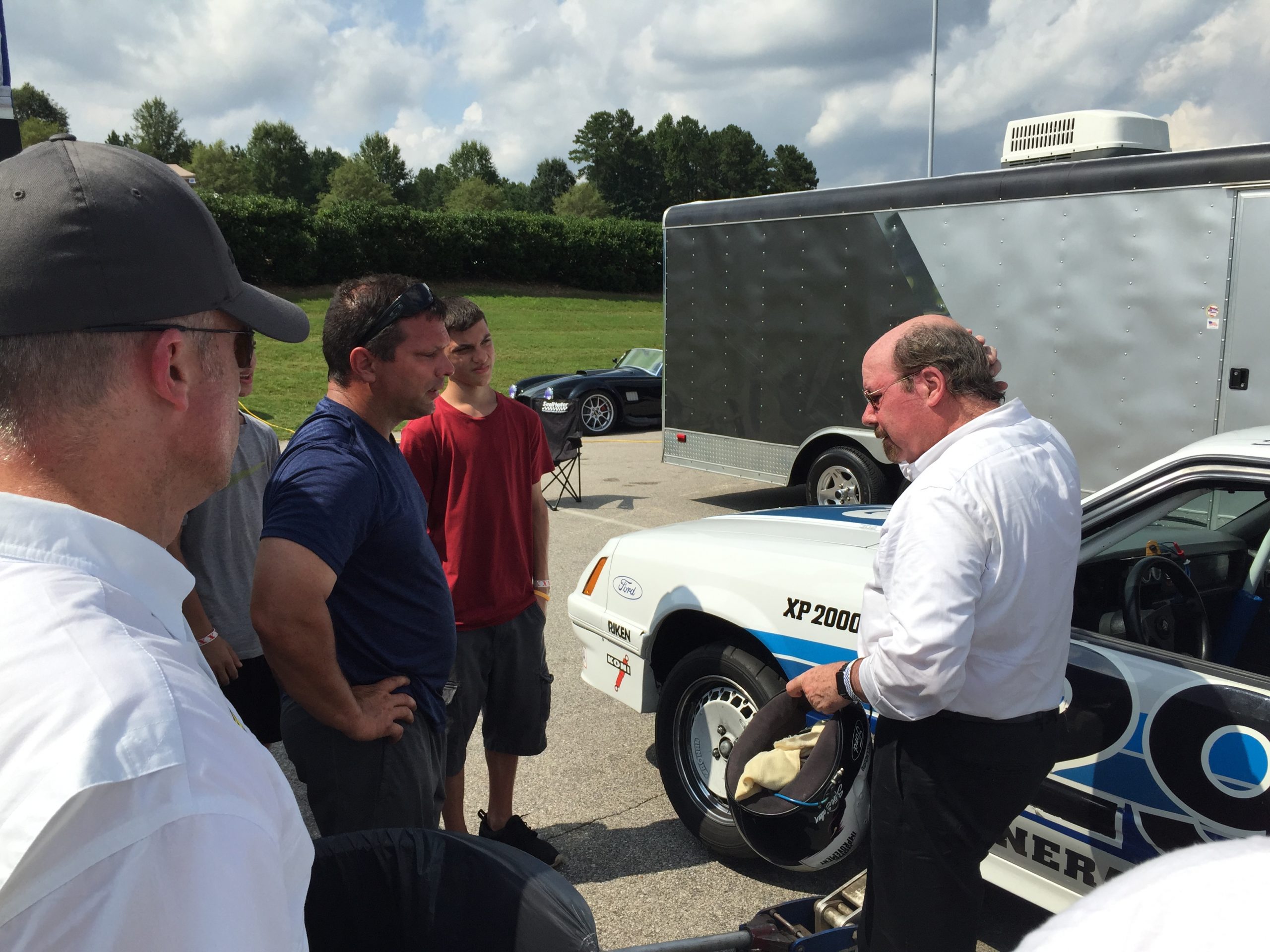 After Diagnosis, It was decided to park 29R.

Steve also took some laps in one of the Ranger race trucks.  It was very cool to see both of those vehicles in action and even cooler to see Steve jump in and take the helm for a few laps.

The event for me was like being a fox in a chicken coup.  So many nice cars and even better building new relationships with people and reuniting with old friends.  While hanging out with some good friends I was able to dig through some SA10 documentation.  Upon investigation I found that there was one car delivered with Saleen white face boost and fuel pressure gauges.  Up until this point I had questioned whether or not Saleen was able to get the gauges completed before production ended on the SA10’s.  The gauges Saleen used prior to this one car were VDO black face gauges.  From what I saw on some correspondence and build sheets SA10 #11 was delivered with the Saleen white face boost/fuel gauges.  This car was the last one built in the run of 9 cars.  The other cars that have the boost/fuel pressure gauges as an option have VDO gauges.  The only car that I don’t know about is SA10 #07.  It had the gauges as an option but the car has been stolen and never recovered.  it’s the one car I have not seen in person…. obviously.

With finding out this information I’ve decided to put the white face boost/fuel gauges in #4.  This is something I waffled on but I’ve sourced a set and am currently having them calibrated by the original manufacturer of the gauges. 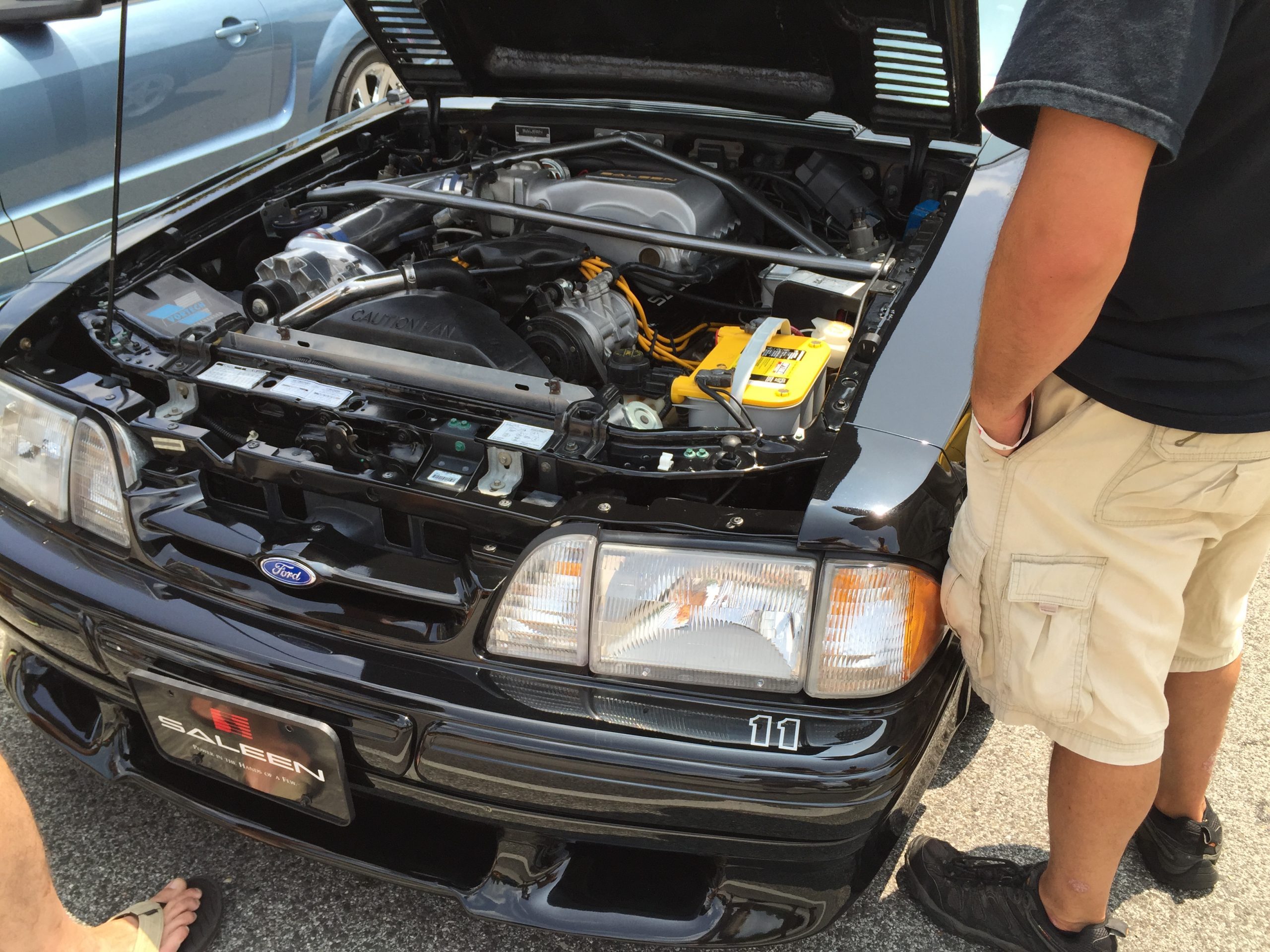 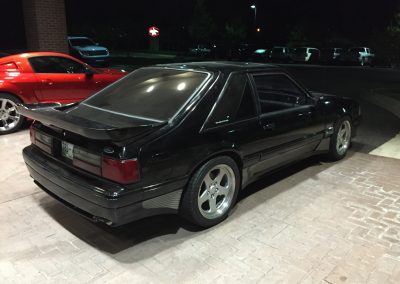 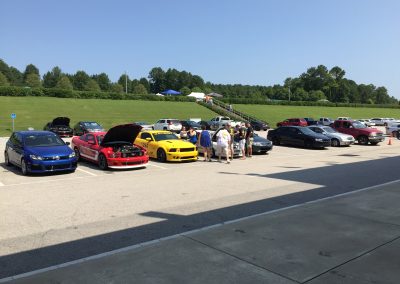 Parking Lot below the Control Tower at Barber Motorsports Park 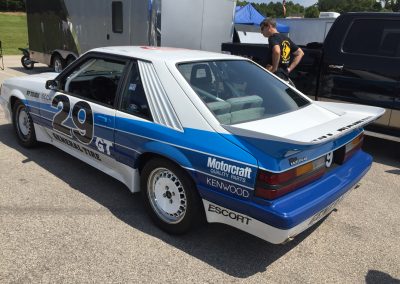 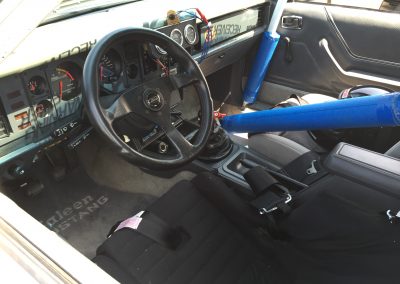 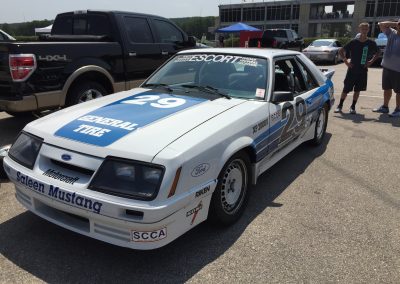 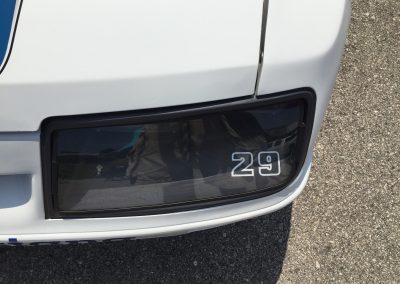 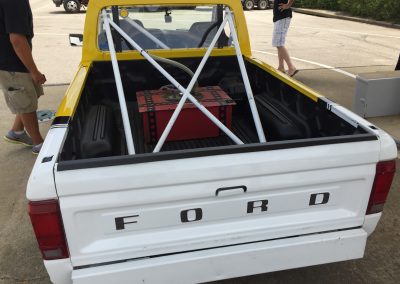 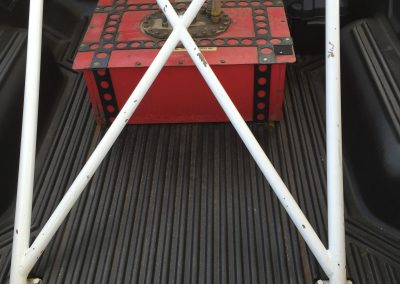 Close Up of Bed of Saleen Race Truck 19R 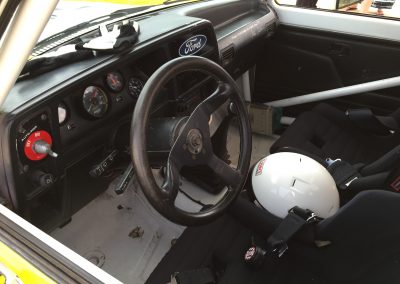 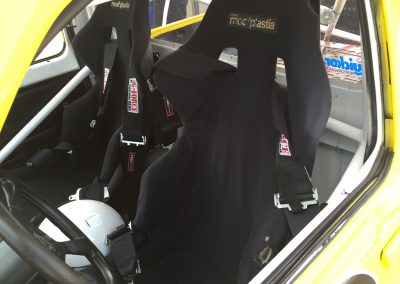 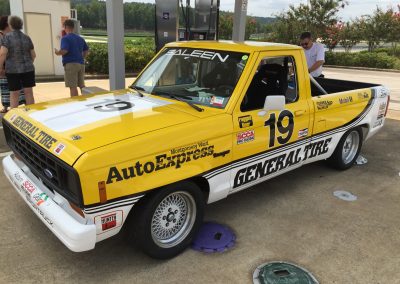 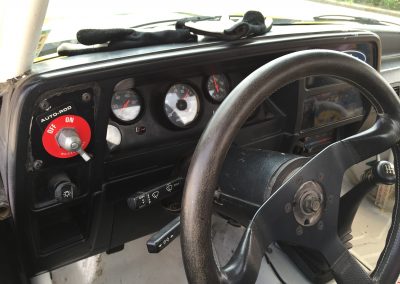 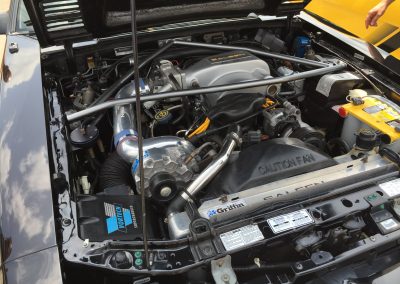 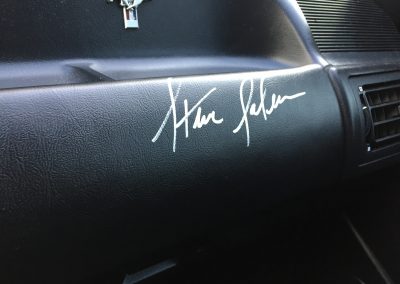