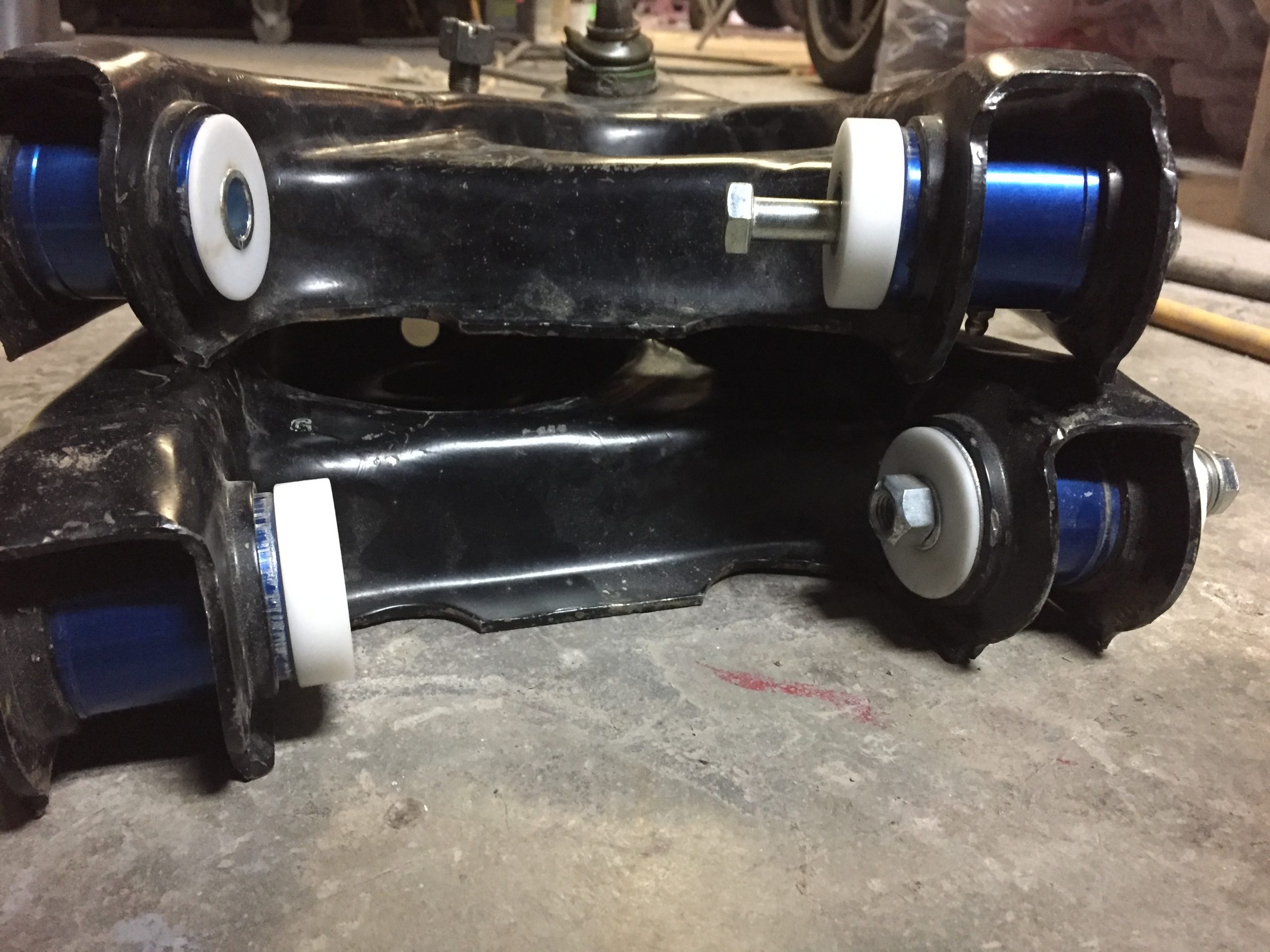 The Frustration of Modification

I often have grand plans. Doesn’t anyone??! That idea you have all planned out and ready to go.  You’ve saved your money or you have bought your parts and you’re awaiting that moment in time where you have time.  I’ve had the following parts in the box for at least a couple of years now.  Possibly longer.  I would have to go dig up the post about the lower control arms.  That’s when I bought these.  In that time the box has been shuffled around in not one, but two garages.  I got lucky that all the parts to be used for this were in the box when I went to install them. So last weekend I decided to embark on this journey.  A journey of removing the front control arm bushings for the Saleen spec Aluminum Delrin bushings.

I’m sure the next thought is that the car is going to ride rough.  Yep, this will increase NVH from the road.  But the Fox Mustang really isn’t all that great of a cushy ride anyways.  As a buddy of mine calls them “They ride like a covered wagon” which is very true.  So it will ride even more like a “covered wagon” with these.  BUT, there will be precise turn in and this kit moves the control arm forward about 1/2″ which will increase positive caster.  This is something that most aftermarket K members and control arms do today.  Only they move them forward even more.  Any more than 1/2″ and the wheel opening has to be modified to clear the tire. These were enough work installing them. Also, i didn’t want to get into modding the fender opening and this is something that only the trained eye would spot with it only being 1/2″.  Well.. that and everyone who reads this. 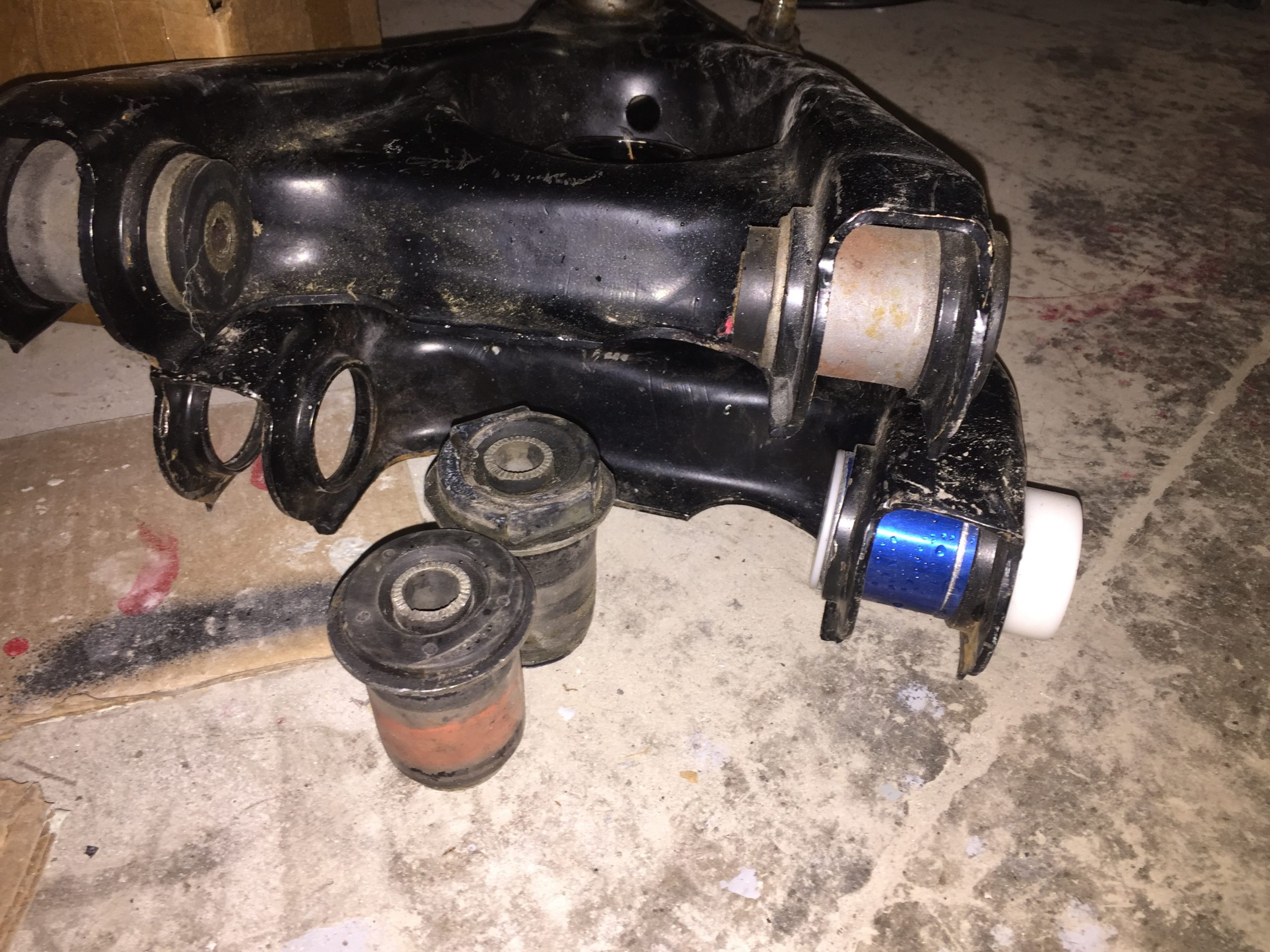 Took 3 hours to get this one done.

Getting the two out of the one control arm was a challenge.  The press wasn’t wide enough to get the control arm bushing under the center of the press.  In the process the arms got pretty scratched up which was just creating more work for me later.  I’ll clean them up and repaint them.  Make note of the scars on the end of the bushing.  Like I said it was an excellent plan but wasn’t easy to execute.  Typical of any modification you’re doing trying to merge a factory part with aftermarket parts.  So it took three hours to get two stock bushings removed and then put that one aluminum sleeve in.  I am glad this part is over. Now, let’s hope they fit into the K member without a lot of fuss.

Came back a second time and got the other three done in 2 hours. 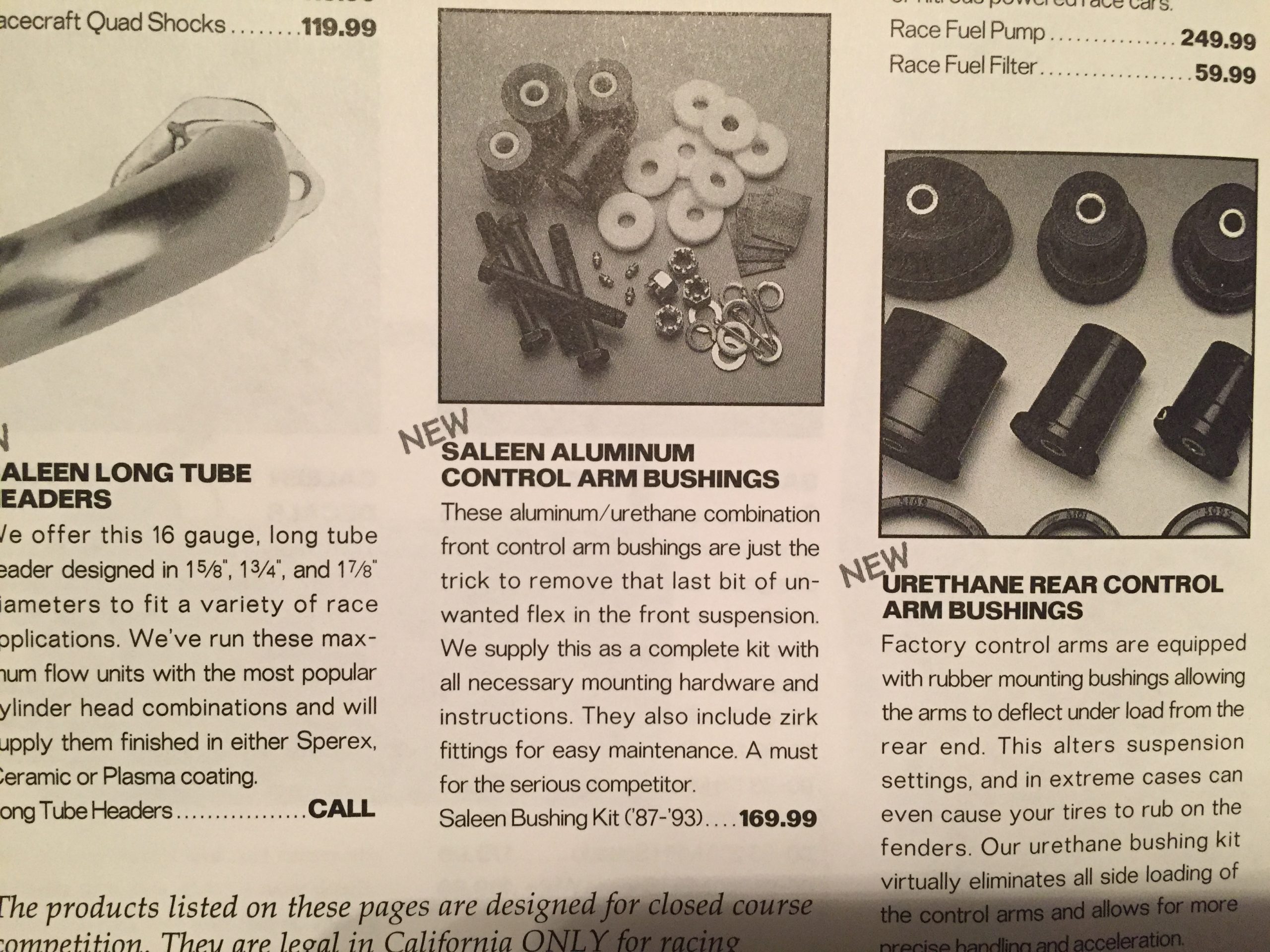 These were advertised on the last page of the catalog.