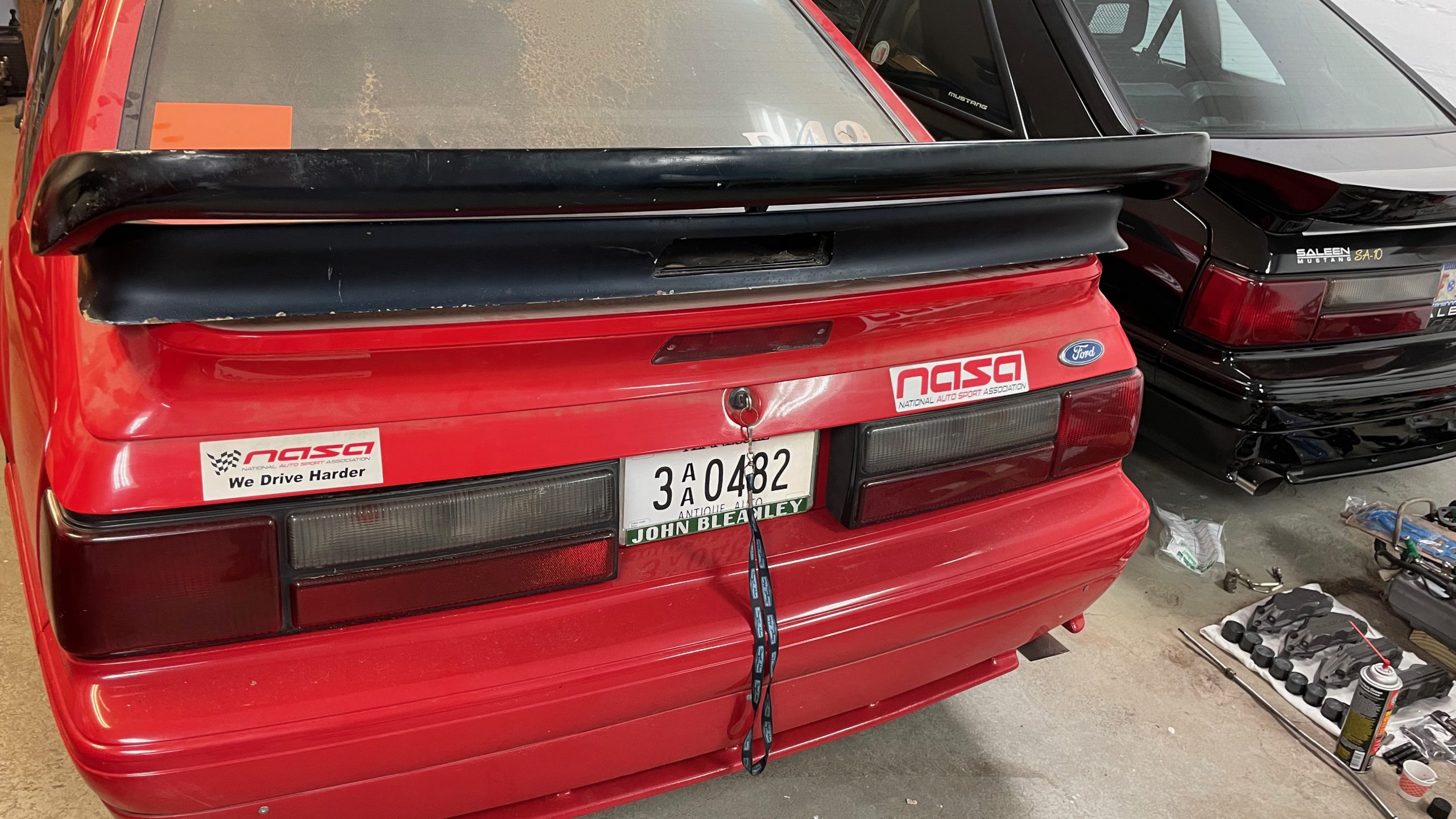 It’s amazing how vehicles live a certain life. It’s hard to imagine a point in that life where the car goes from being a streamline butterfly to one in disrepair.  And it doesn’t take long for one to go that way.  I just recently read a story where the first owner of a Saleen was taken back by how their old car had fallen into disrepair.  They commented at how they used to take it to shows and that it was their “baby” while under their care. So how does a car go from being pampered to being beat up. Honestly, its not a question I have the answer to, but I do know that in that transition things can change on the car drastically causing hard to find parts to get damaged or just plain gone.

One of the downfalls of buying a project Saleen is finding one of those parts that have gone missing that is Saleen specific and almost a one off part. That one off part for our 1990 was the rear “Double Stack” wing.

So, as you can see we had to source the right wing for the car.  The challenge is that there are THREE, yes THREEE, different versions of this wing that was only used for 2 years.  So finding the right one would take a little luck.  Take a look at the date written on the one we just bought. 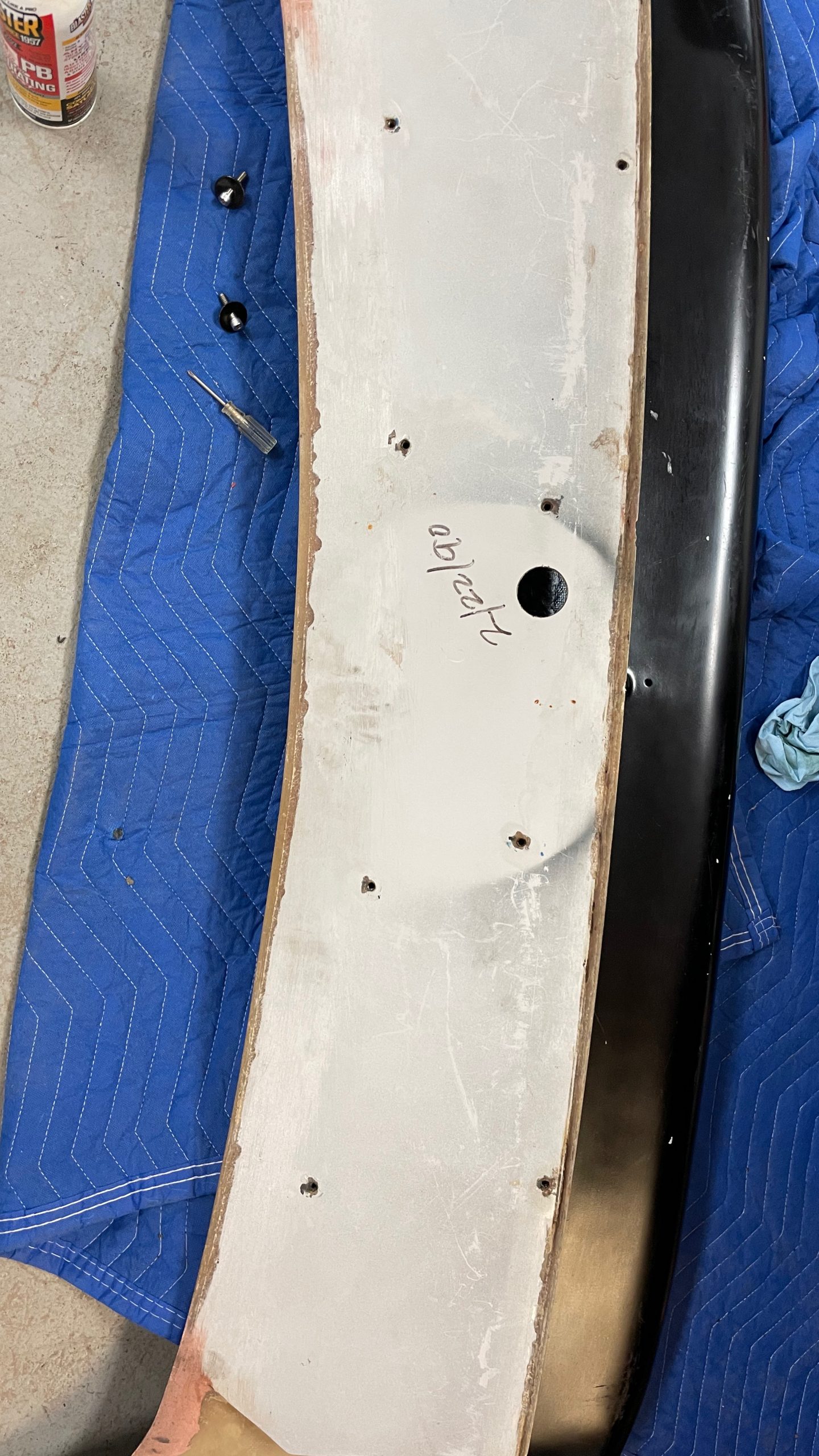 The date on this one is February of 1990.  Our Bleakley Saleen was completed by Saleen in June.  So it was being built by Saleen in production in May/June of 1990. This one seems close enough to production to be the right one, but it is hard to tell in the pic which one is on it because the identifying changes are hard to see.

So it was important to find a real Saleen piece.

This is also why we swapped the hatch from the Race Car to the Saleen.  The 1990-91 Saleen wing uses the LX holes in the hatch.  And the hatch that was on the Saleen was a DOT hatch with no factory holes in it.  It only has four holes cut into it for the aftermarket Saleen wing that is on it.

Stay tuned, or better yet Subscribe, to the YouTube Channel as we’re going to do a video on this wing and show some of the differences in them.  The devil is in the details on these early Saleen’s. 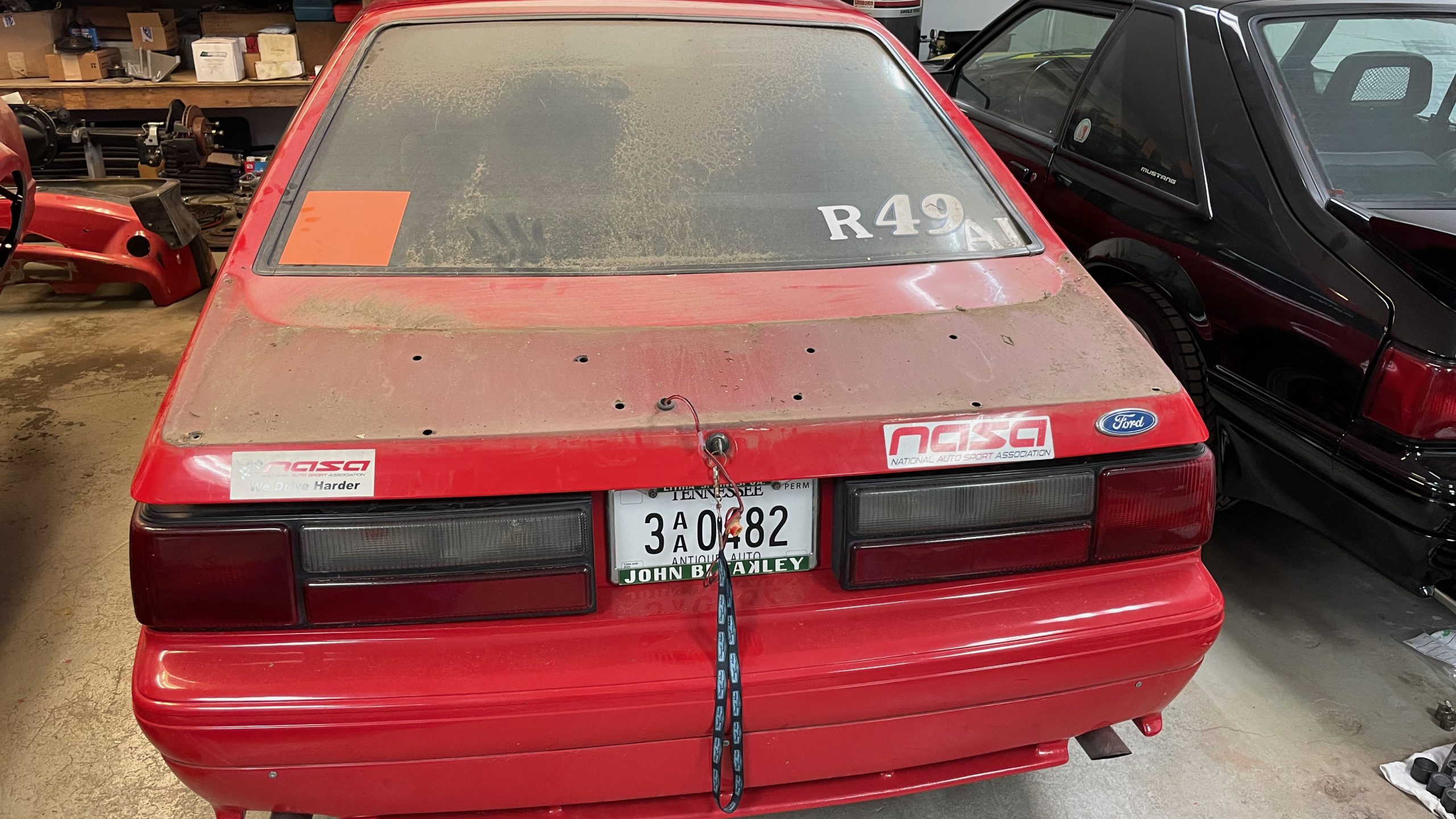