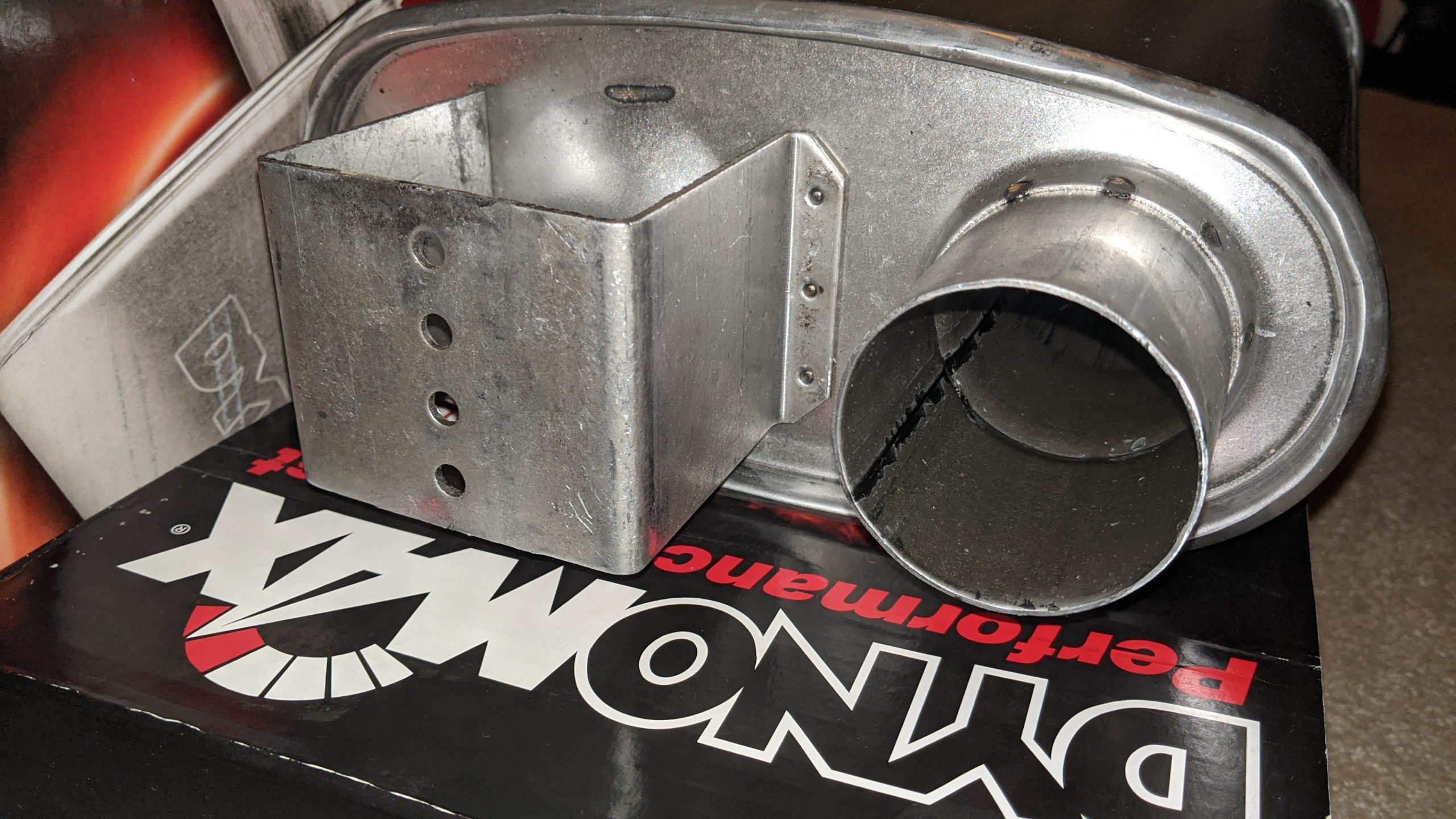 As the Foxbody Mustangs age many of the aftermarket part suppliers will change their production to meet demand.  It’s simple business.

As of this writing right now the auction results for stock Foxbody Mustangs and original Foxbody Saleens bring more money than modified ones.  That is driving the aftermarket to bring OE looking or original Ford tooling made restoration parts. So the focus right now is more on parts that are high wear items.  Typically interior plastic parts and exterior rubber parts.  Other things may include some suspension components to replace the dry rotted rubber bushings…etc.

The lower production specialty cars like Saleens have aftermarket parts that Saleen sourced for their models.  One in particular is the Dynomax Super Turbo mufflers.  These mufflers were listed in the marketing slicks for the SSC and the SC cars from 1989-1993.  Dynomax was also a sponsor for the race team in 1989.  You can see the decals on the 1989 Saleen race cars.

These Dynomax Super Turbo Mufflers are about to phase out of production.  The muffler itself will continue to be made but the ones with the bracket specifically for Fox Mustangs will not be made anymore.  The 2.25″ versions pictured here just don’t have much demand anymore with so many wanting 2.5″ and larger systems. 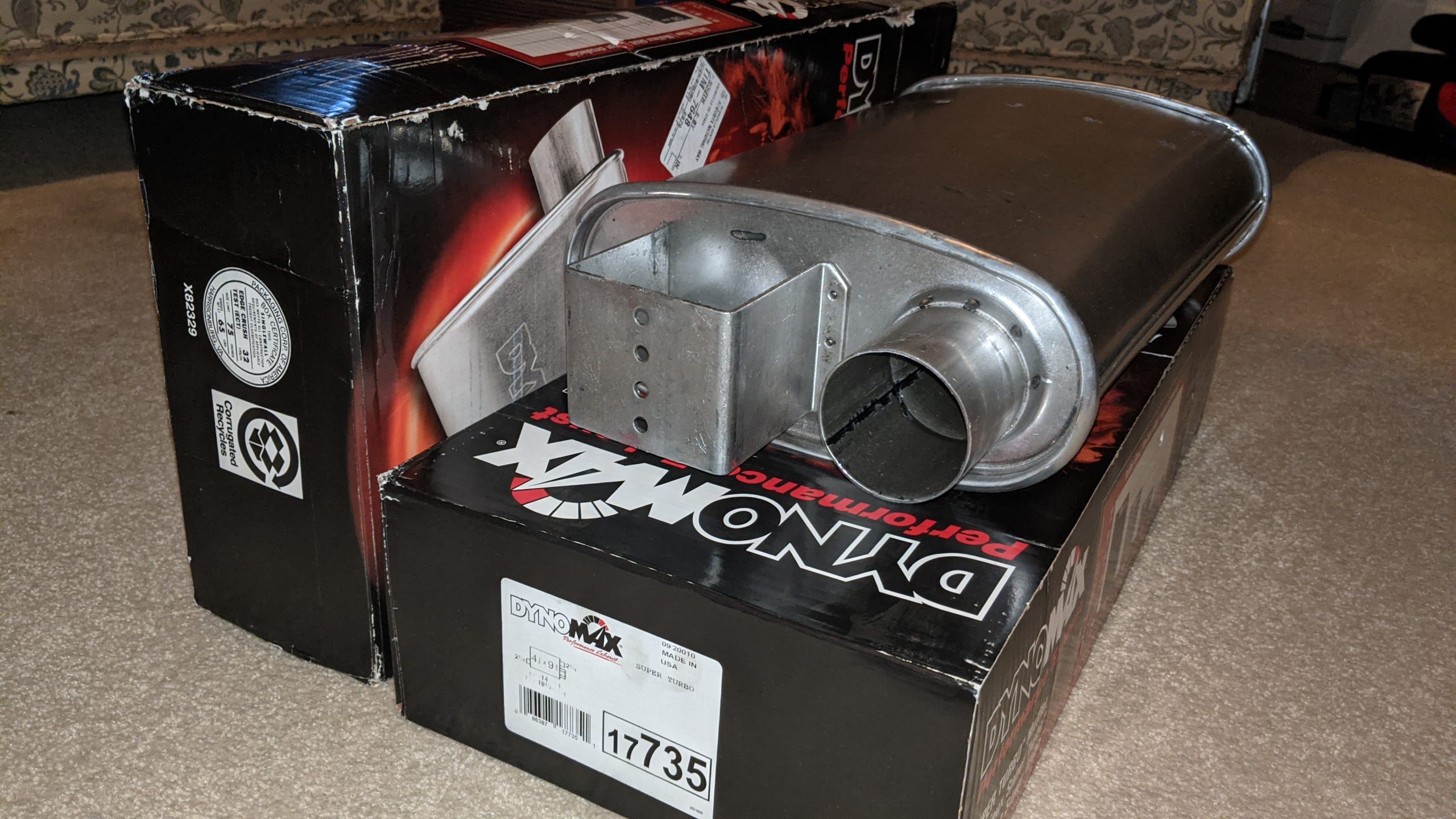 This brings about an issue for people like us restoring and fixing specialty cars. This muffler is valuable to a select few. Heck, there are some that are paying big money for the ones that have “Super Turbo” embossed into the muffler housing because that’s identical to what was used on the 1989 Saleen SSC and 1990-1993 Saleen SC cars.  Do a search on eBay for completed items and you may be surprised at what shows up if there’s an auction that recently ended.

Thanks to a conversation with a friend of mine Daniel, I was advised that the only ones available would be whatever stock vendors have on their shelves.  There aren’t any plans by Walker to make these in the near future.

Why are we so interested in this part?  We don’t own an SC car or an SSC.  We’re not working on any of those cars for clients at the moment either.  The reason is because it is listed on the Impressor package as mufflers.  The Flowmasters on the car are ok and work fine but they are not something that is our flavor these days. The other reason is that all the SSC’s and 90-93 SC’s listed this as a part of the package.  As mentioned in our videos, it is possible that not all the SC’s came with these due to Saleen’s build consistency. The stock Ford OE cat back could have been left on a few cars.

These 2.25″ versions are very important to many Saleen owners in doing period correct modifications, or restoring an SSC or SC, or making an exact SC or SSC clone.

The Flowmasters are ones that were likely not on the car when it was new.  After some research it seems that these cars would have had a stock OE Ford cat back or the Dynomax Super Turbo mufflers for the Impressor package. 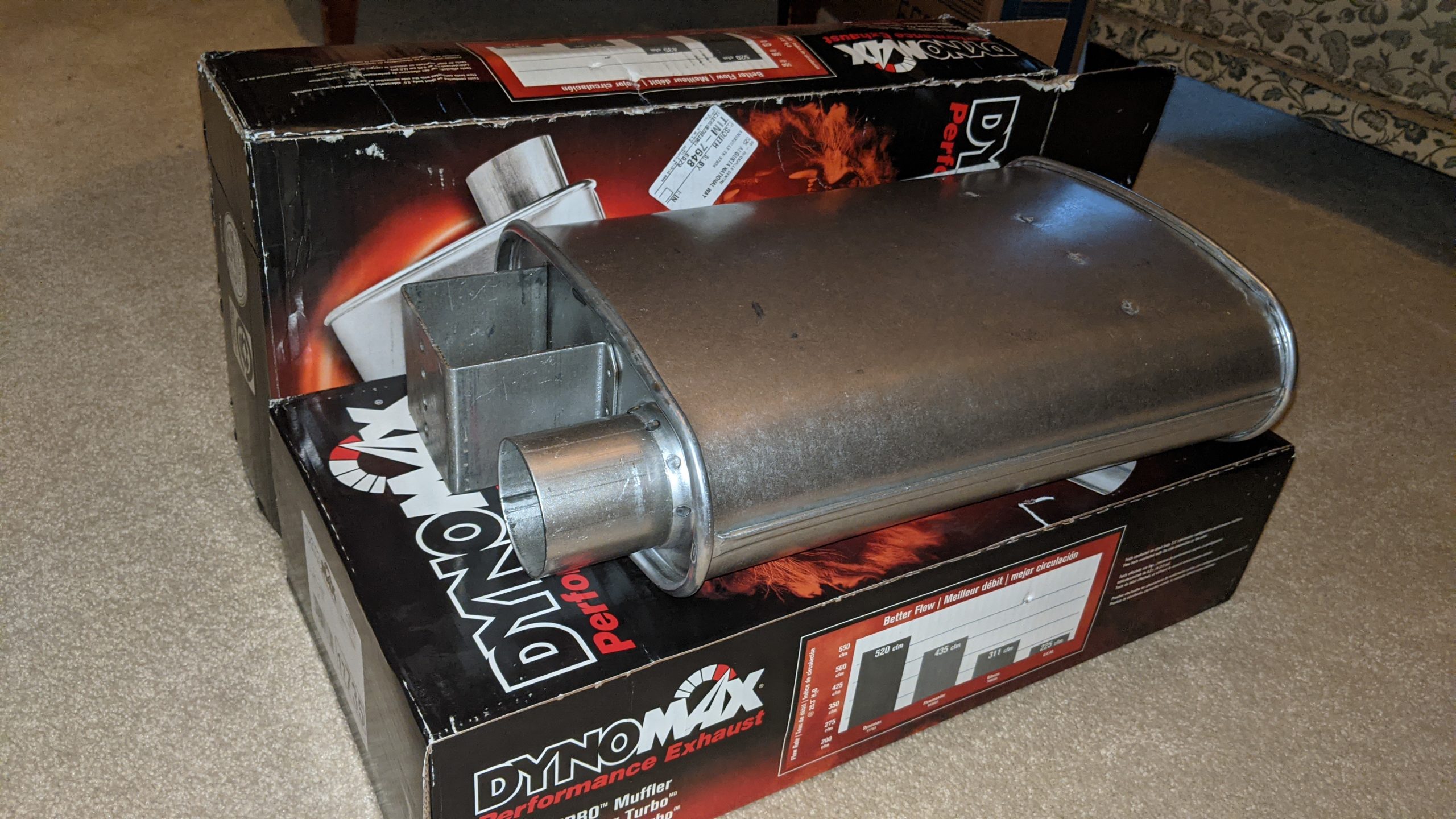 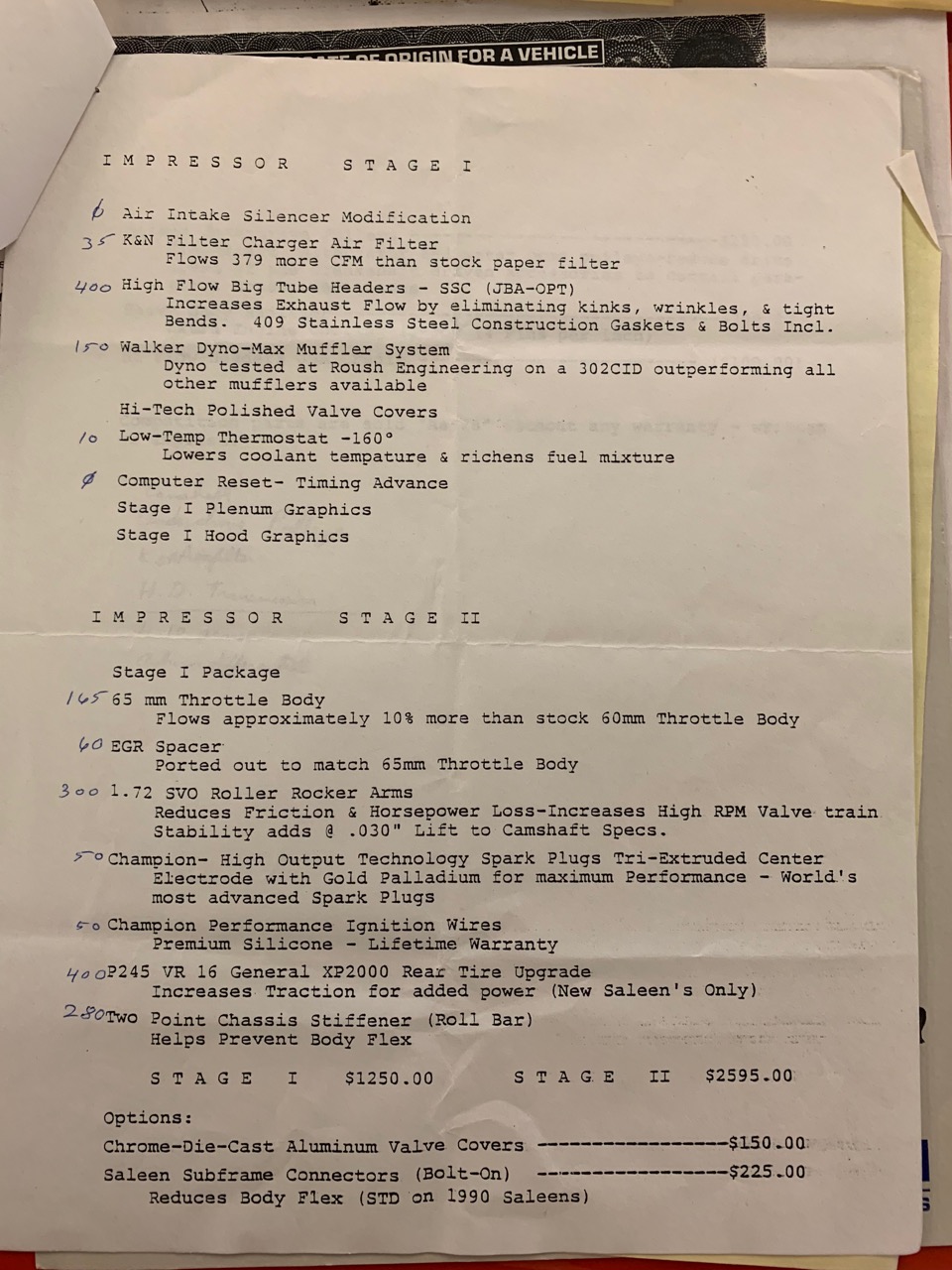 You can see in the photo above in the Stage 1 options that the Walker – Dyno-max system was an option.

Of the Bleakley Impressor cars we’ve viewed so far it seems they did complete them with the OE Ford exhaust system.  It is possible that this car of ours could have had either one.  Our preference is the Dynomax setup.  So that’s what we’re going to do and consider this “period correct” more than 100% accurate.

If you are a Saleen owner and in need of the 2.25″ Dynomax Super-Turbo Mufflers with the hanger on them we recommend you purchase them now.  These two mufflers were bought from two different places.  Again, the muffler itself will still be made, it may not be made with the bracket for some time.