This is nuts.  How else can I say it? I had different plans for this car. After getting the SA10 replica/clone of Almost Four 95% complete, I wanted to grab a red Foxbody Saleen to modify with some Saleen “spec” parts and enjoy as a “low stress” driver. This would allow for some fun spirited runs without fear of damaging things that are now impossible to find. Upon first glance before taking delivery of the car, I did a quick scan in the “Saleen Bible. According to The Saleen Book, this 1990 Saleen was a base model Saleen.  By that they mean the car was a standard production car with all the standard production options.  For 1990 that consisted of the following.

Exterior: Saleen graphics and ground effects including, front air dam with “bumper cover filler”, rear air dam and side skirts.  And a new for 1990 two piece “double stack” rear wing.  The graphics were a Saleen windshield banner, 302 badges on the hood cowl, 9 stripe “S” decal kit below the belt-line along the doors, Hatch “Saleen Mustang” branding and bumper number just in front of the driver side headlight.

That’s it! The rest of it was as delivered from Ford. In the world of Saleen’s this car would be one to do some period correct Saleen mods to and just enjoy. Boy was I in for a surprise. 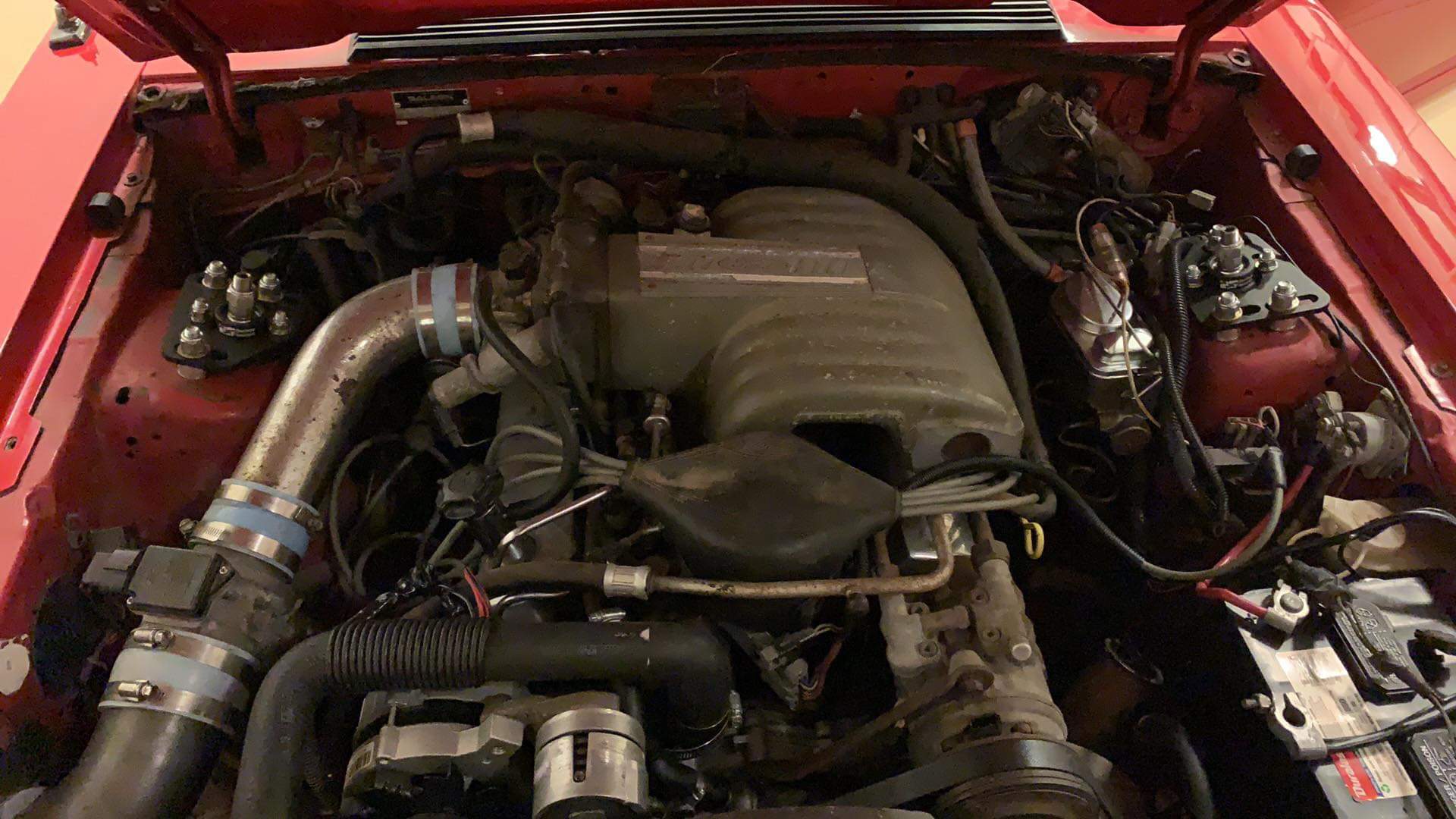 The trip to go get the car was uneventful but tiring.  I was thankful to my buddy Rick who was able to bring the car down from Chicago to Indianapolis.  I would then grab the car with my truck there and bring it home. The tiring part was that I gave myself a “deadline” to be back.  I had to be at a surprise 40th birthday party for a friend. So I drove to Indy grabbed the car and trailer and went straight back home.  Made it with 5 minutes to spare for the party. Eleven and a half hour round trip.  I never ate lunch.  Had I stopped, I would have been late to the party. 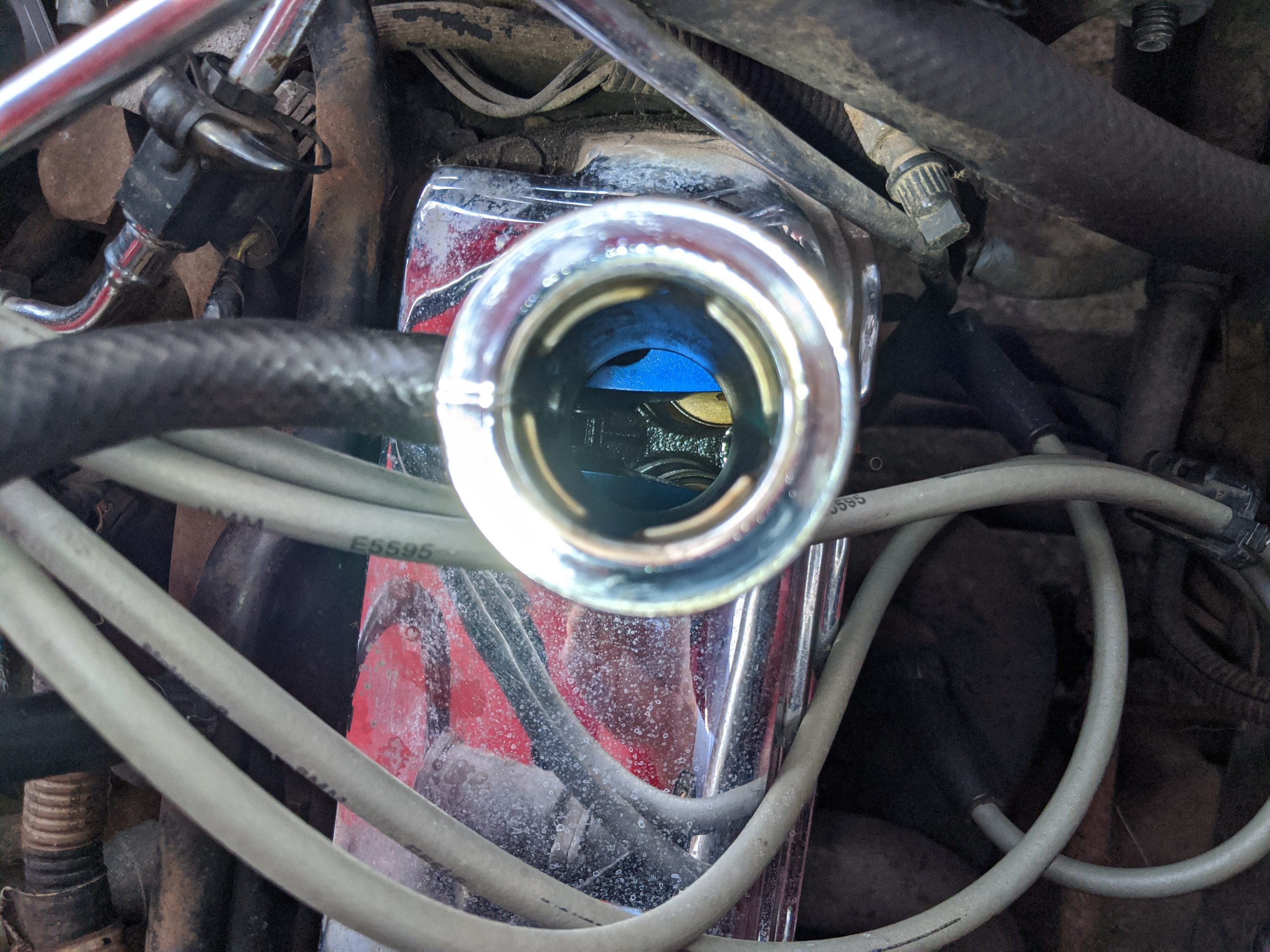 I really didn’t look the car over when I got home that night.  It was late and still raining.  So, the next day I unload the car and get it up the driveway.  I start doing a full inspection of the car.  Right off I notice some things that Saleen would install.  There’s a 2 point interior brace, chrome valve covers, blue Ford Motorsport 1.72 roller rockers (see pic above), 65mm Throttle body, 67mm EGR, Saleen Headers, gears (not sure what is in it yet), and OLD Flowmaster mufflers. The early ones that rust through because there was no coating on them.

So after that, I make the obligatory Facebook post in a Saleen group celebrating my score in finding what I’ve wanted and mention briefly the plans  I have for it.  Cue the Saleen faithful to celebrate with me and the flood of info that follows that.

The cars have a cult following and many people save pictures and keep databases of the cars.  Especially the Foxbody cars. So Dave Bruno shoots me a message and says “I think this is your car”. And it is a pic of it from 90 or 91 showing the car equipped with color matching wheels and a Paxton Supercharger under the hood.

This is a good sign. All signs are pointing to this car being one Bleakley may have worked on. 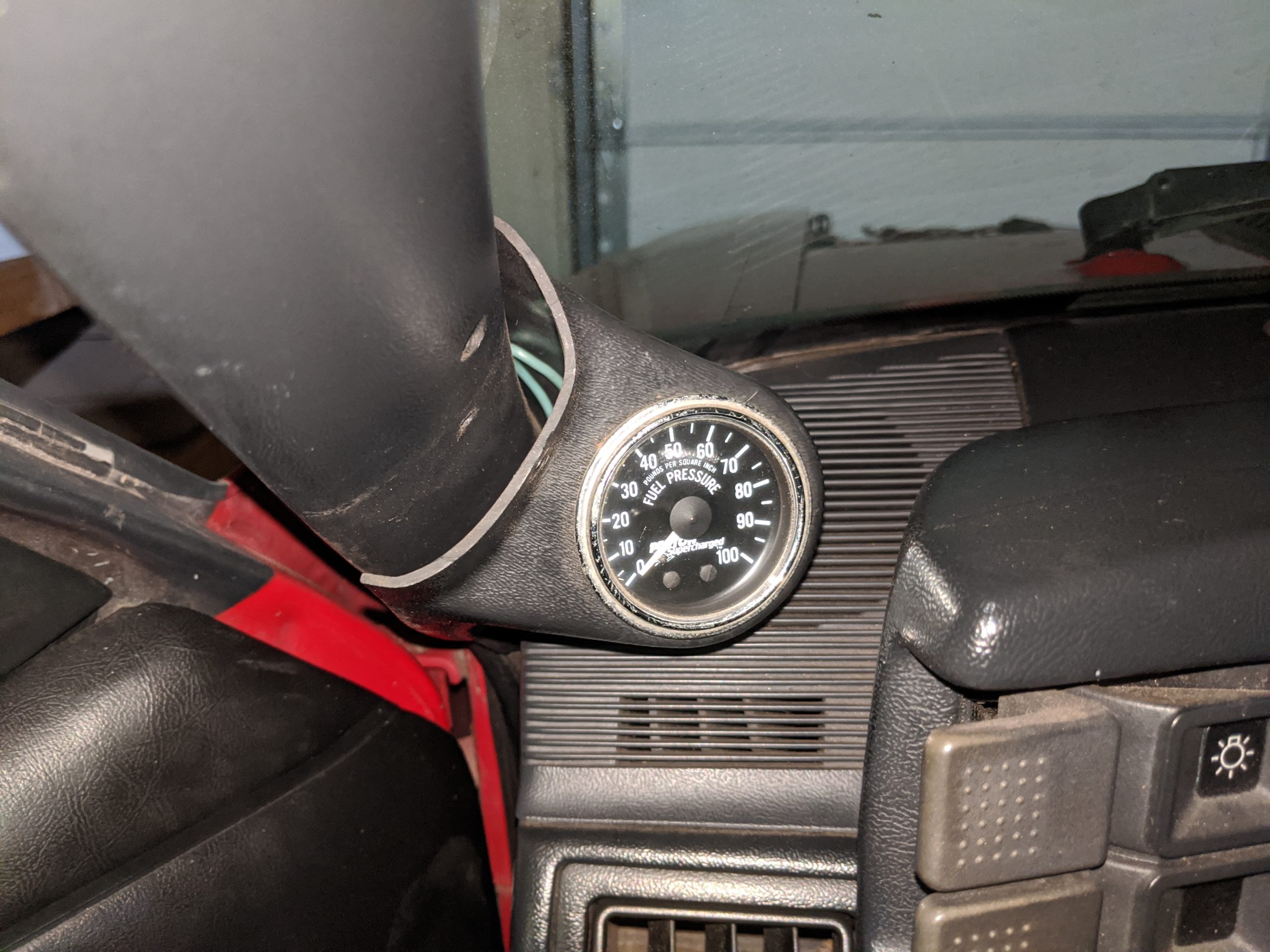 At this point I’m not sure what was done by Bleakley Ford before the car was delivered to the first owner.  I’m still doing reconniassance at this time to determine what was done to the car. There were two advertised packages Impressor Stage 1 and Impressor Stage 2. From my brief research there was a “Stage 3” that was not advertised and included a supercharger. What did Bleakley do to this car? I’m not sure, but I intend to find out.  Stay tuned. 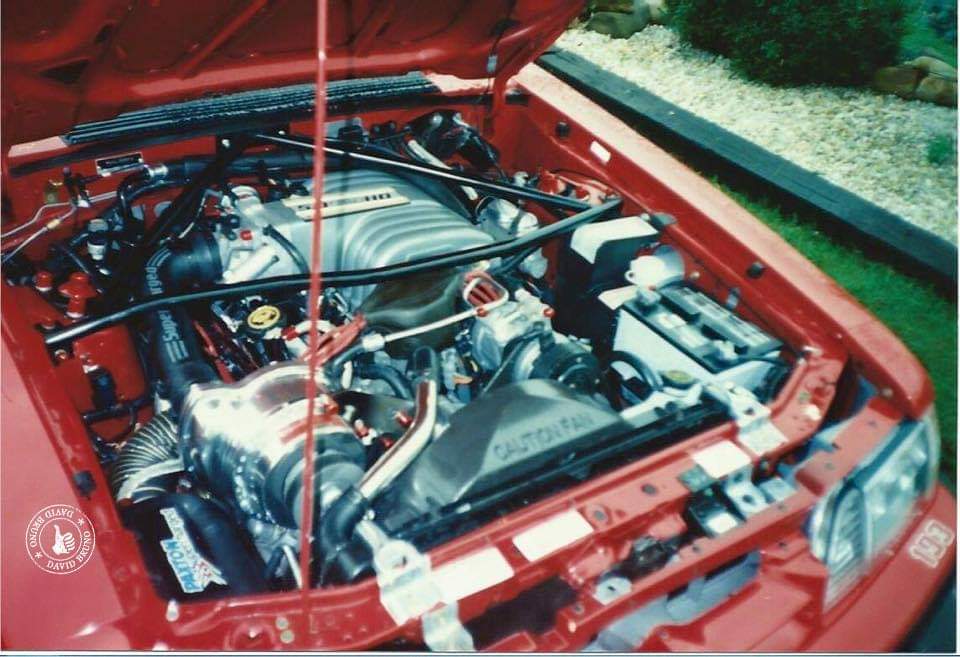 The above pic was sent to me by David Bruno.  It was taken by another person named Shelby Poff in 1990 at the Pigeon Forge Rod Run. Most likely Fall of 1990. That would have made this car about 2-3 months old at the time.