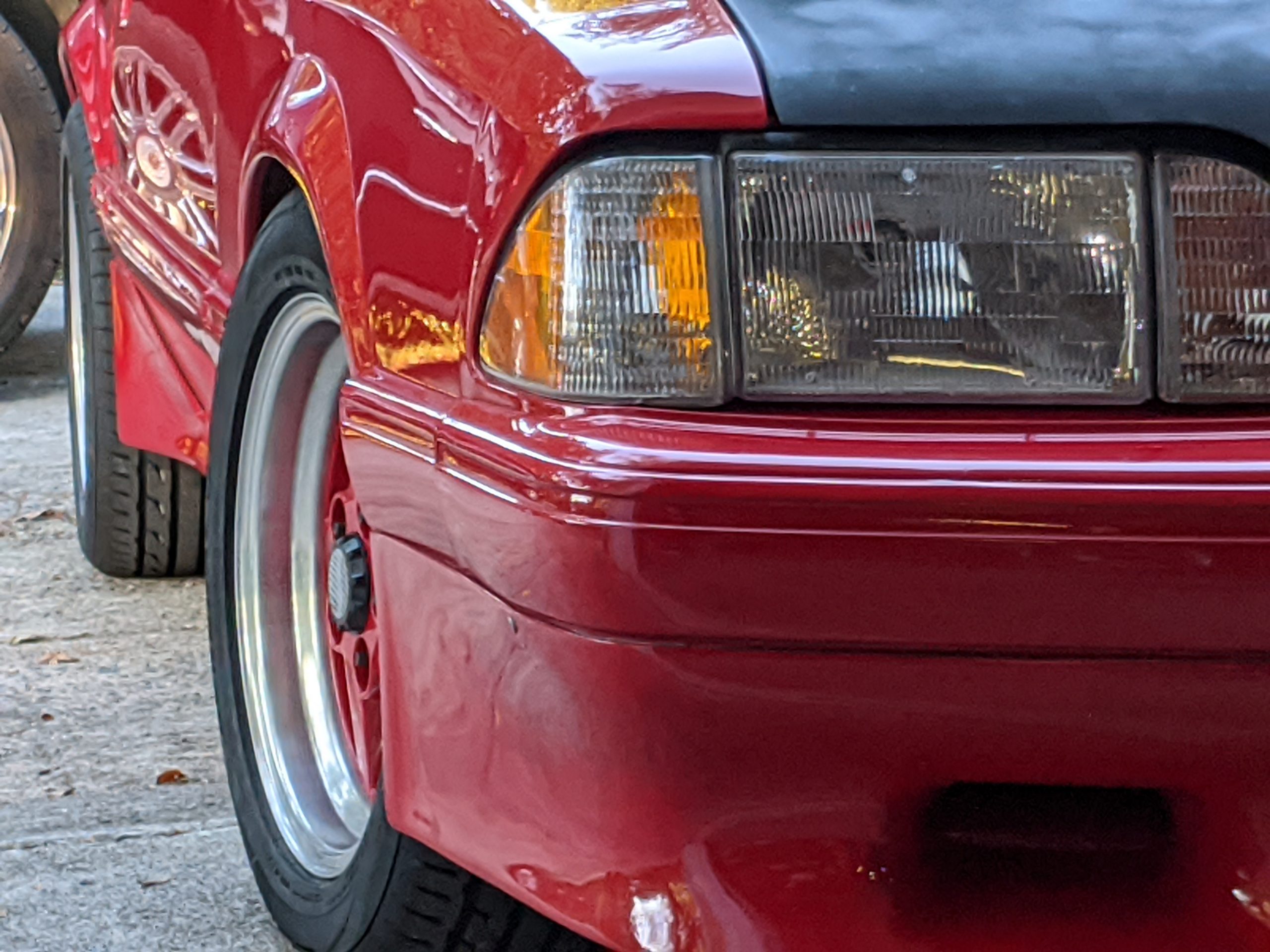 I don’t think I’ve ever been so blown away.  I’m rarely speechless.  It’s very rare to have someone step into your life and offer you a gift.  Mike Bollman reached out to me to start a conversation regarding some Saleen Foxbody parts he’s seeking.  In that conversation he asked if there was anything I was looking for.  I mentioned that I was looking for some used headlights and marker lights.  He commented that he had some that were NOS.  I mentioned that I really wanted to get some used ones because the NOS ones are becoming so valuable.

A couple of days later I get a message from him saying he’s got them all boxed up and would ship them to me.  I mentioned that they were going to be out of my budget for this build and he was like “no, I’m sending these to you for your build”.  He didn’t expect payment.  I honestly didn’t know what to say.  I was speechless.  Literally.  And those of you who know me know that I can chat up a storm to a point where I write these blog posts to share thoughts and project updates with you the readers.

All of these lights came from him.  They are ALL New Old Stock pieces.  I had the passenger headlight, which is really hard to find, in my own stash.  So the Bleakly Ford 1990 Saleen got ALL new headlights.  VERY Cool!! 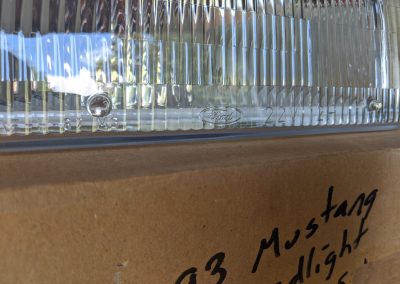 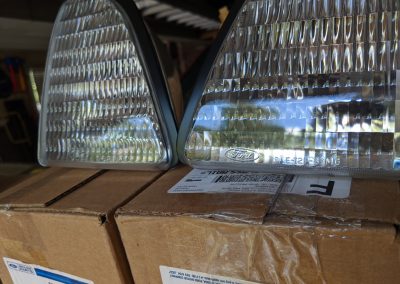 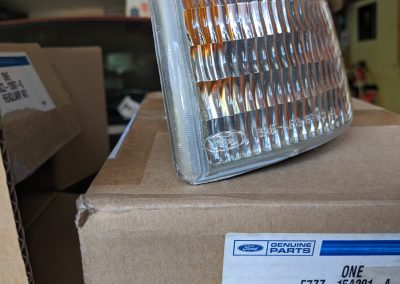 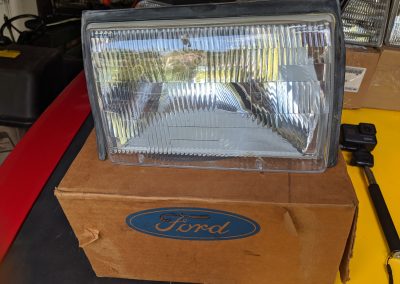 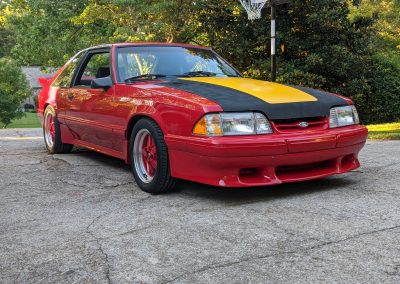 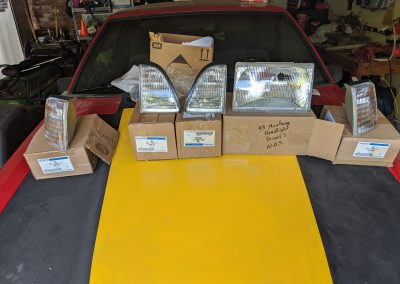 After going for a test drive the car “ran” but it didn’t run good.  After going on a good 30 minute drive here are the takeaways 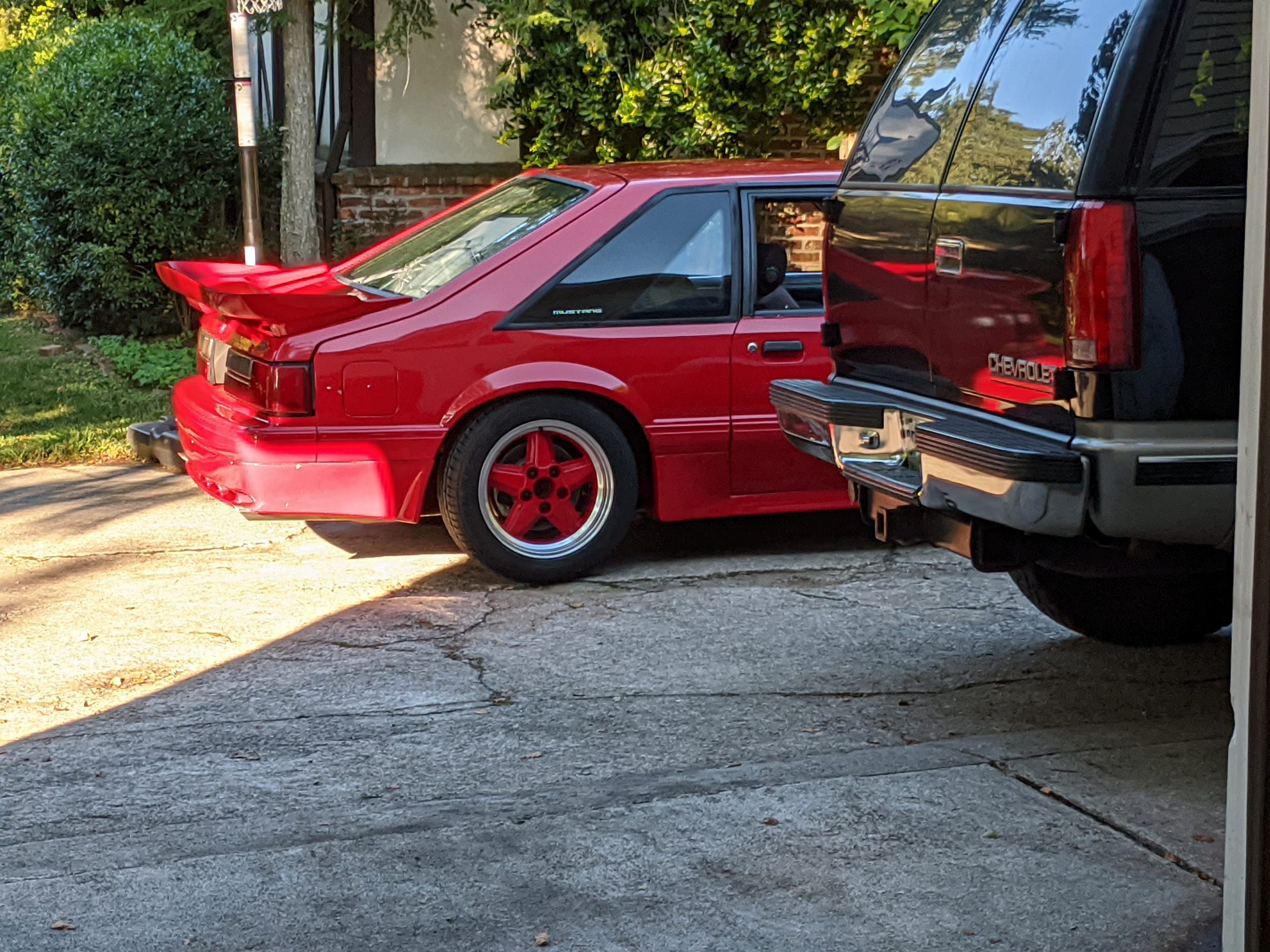 All in all the car runs and drives which is great.  it’s nice to have it on the ground where it can be driven at the turn of a key.  There’s a lot left on the table when it comes to power output of the motor.  The injectors look original and all of the gaskets on the top end need replacing.  We’ve got a plan to document the process.  Stay tuned!!