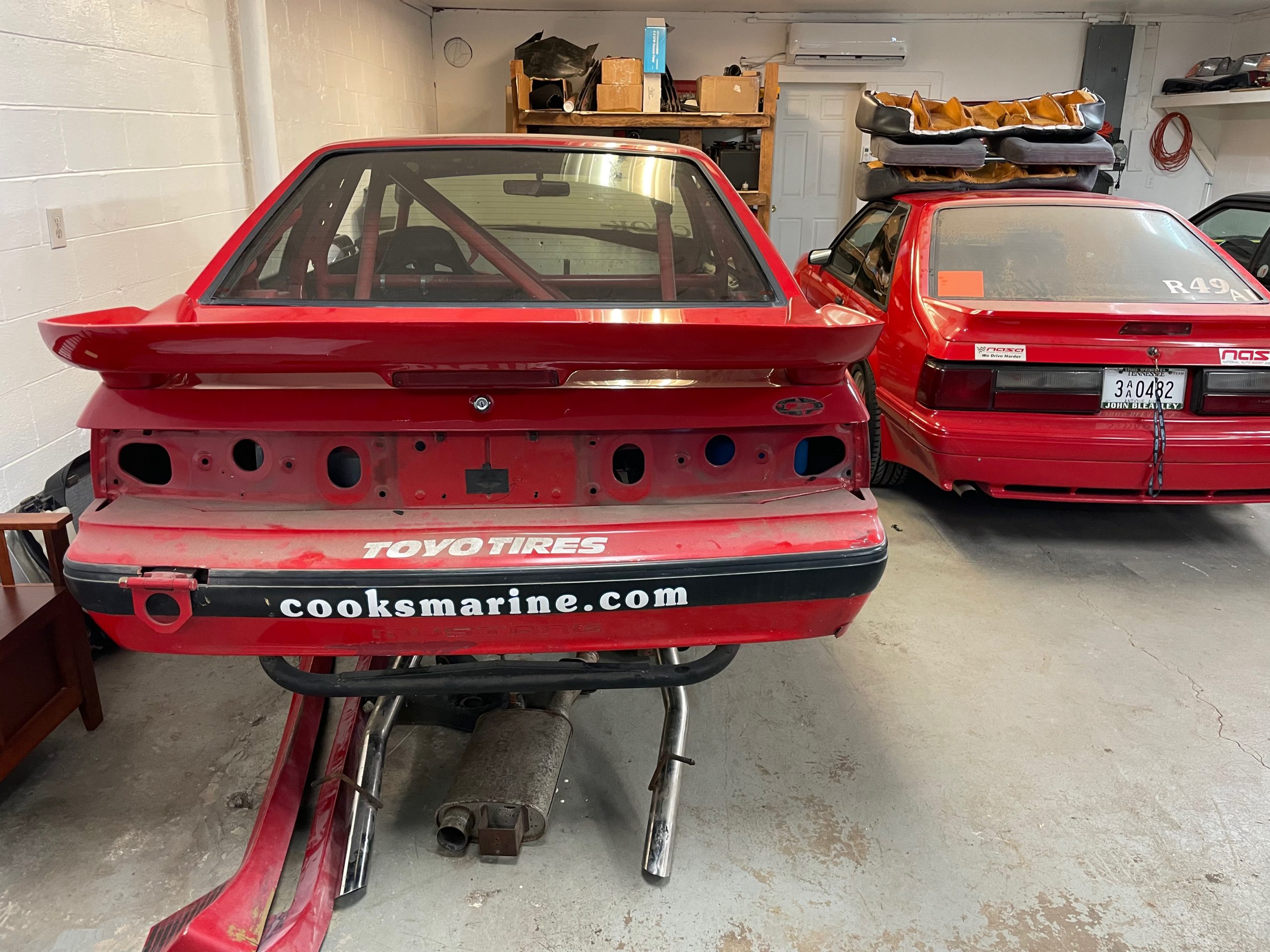 If you’ve been following along we’ve been working to gather parts and pieces to this Bleakley Ford Impressor and that takes time.  And at times it takes more time than patience allows but it is what it is.  Many of these parts sourced are ones that don’t come out of the woodwork often or even get mentioned at all.  I can relate to that because I have a few things on my shelf that I don’t want to part with, so it just doesn’t get mentioned.

One such part that is unique to the 90-91 Saleen is the rear wing.  In 1990 they changed the style of the wing to what most call a “Double Stack Wing” and the design is very different.

It resembles a stock LX wing with a wing added on top of it. 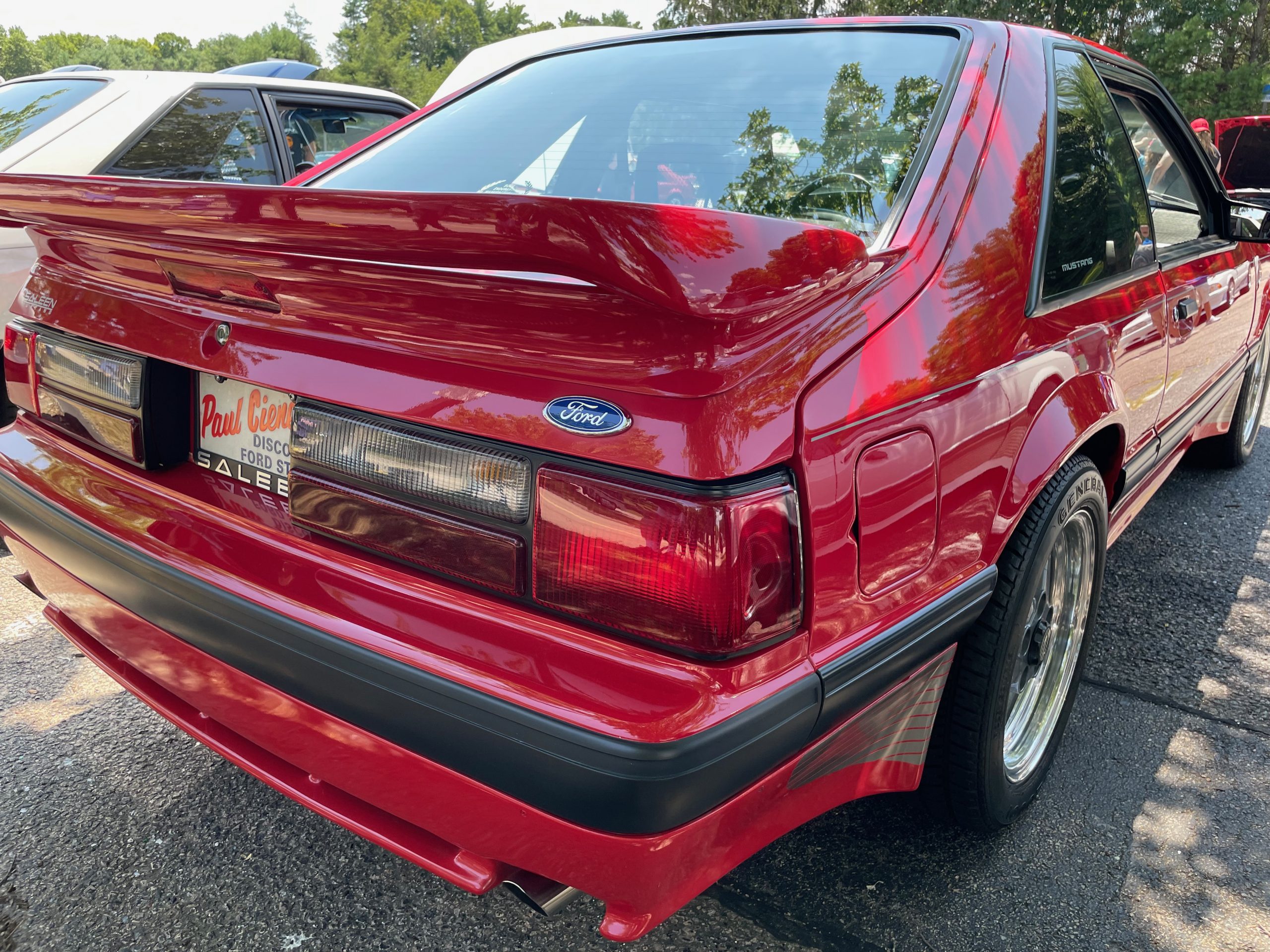 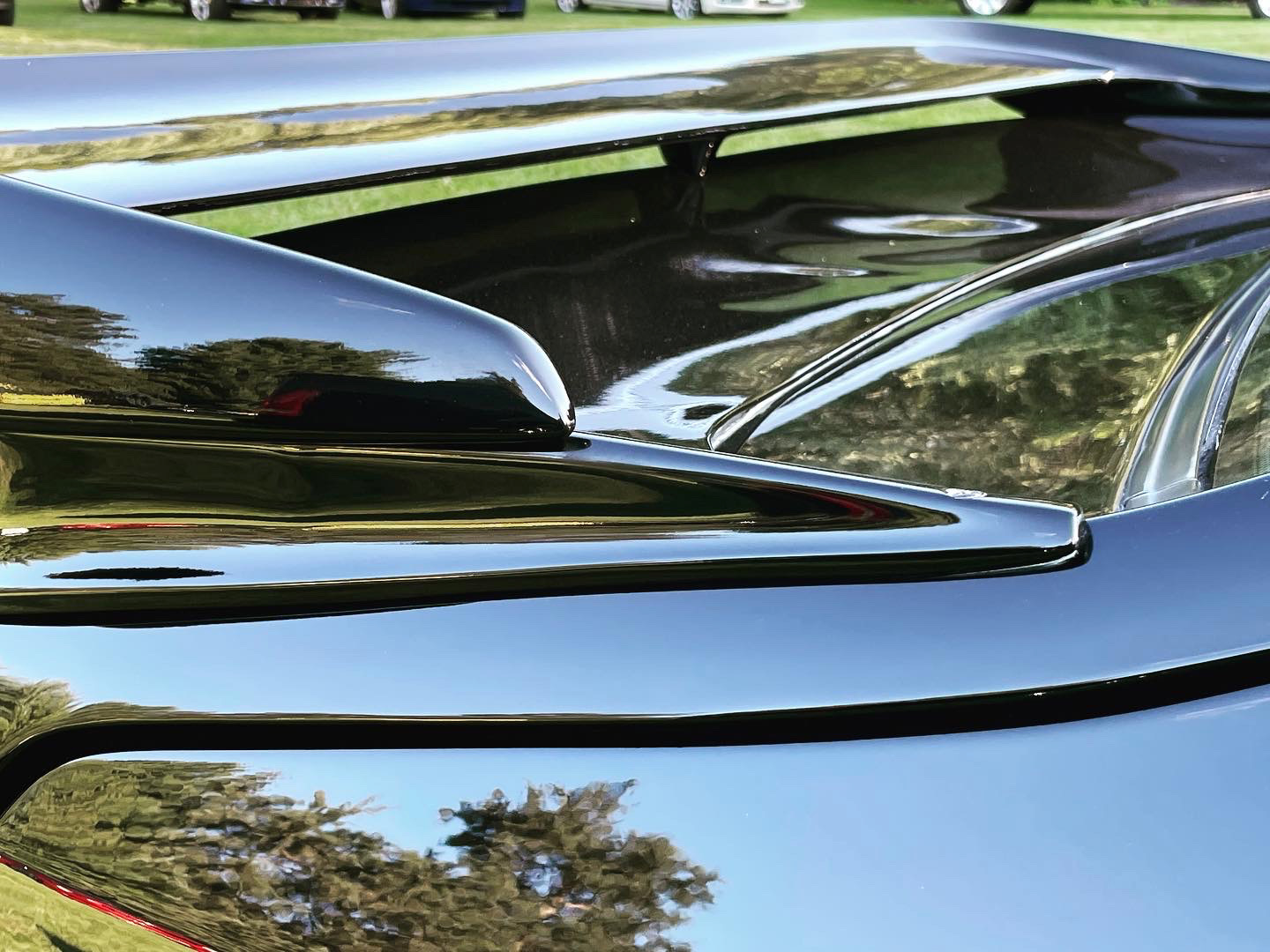 As you can see in the pictures above, it looks like it was something that was added to the stock Ford LX wing.  That’s actually not the case.  The only similarity between the Saleen wing and the stock LX wing is that the 1990-1991 Saleen wing uses the stock LX holes in the hatch.  With this design there’s no need to fill holes.

The Saleen double stack wing is actually a custom wing that doesn’t use any OE Ford pieces except for the brake light lens.  Both the top and bottom pieces of the wing are custom designed by Saleen.  Also, there are three versions known to be used by Saleen during 1990 and 1991.  There are subtle differences that the detailed Saleen aficionados will spot.

With all that said the Bleakley Saleen had a DOT hatch back on it. We did a video a while back that talks about the fact that this car had several original panels replaced for some reason.

As you can see in that video the rear hatch doesn’t have seam sealer or any production line details.  It was sprayed with color and slapped on the Bleakley Saleen with a replica Saleen wing which isn’t the “Double Stack” wing that the car is supposed to have.  Although it represents a Saleen, it didn’t represent itself as it was built/delivered from Saleen.

So in the process of preparing for the stock wing we swapped hatches with the race car.  Why, you may ask, did we do that? There’s two reasons. 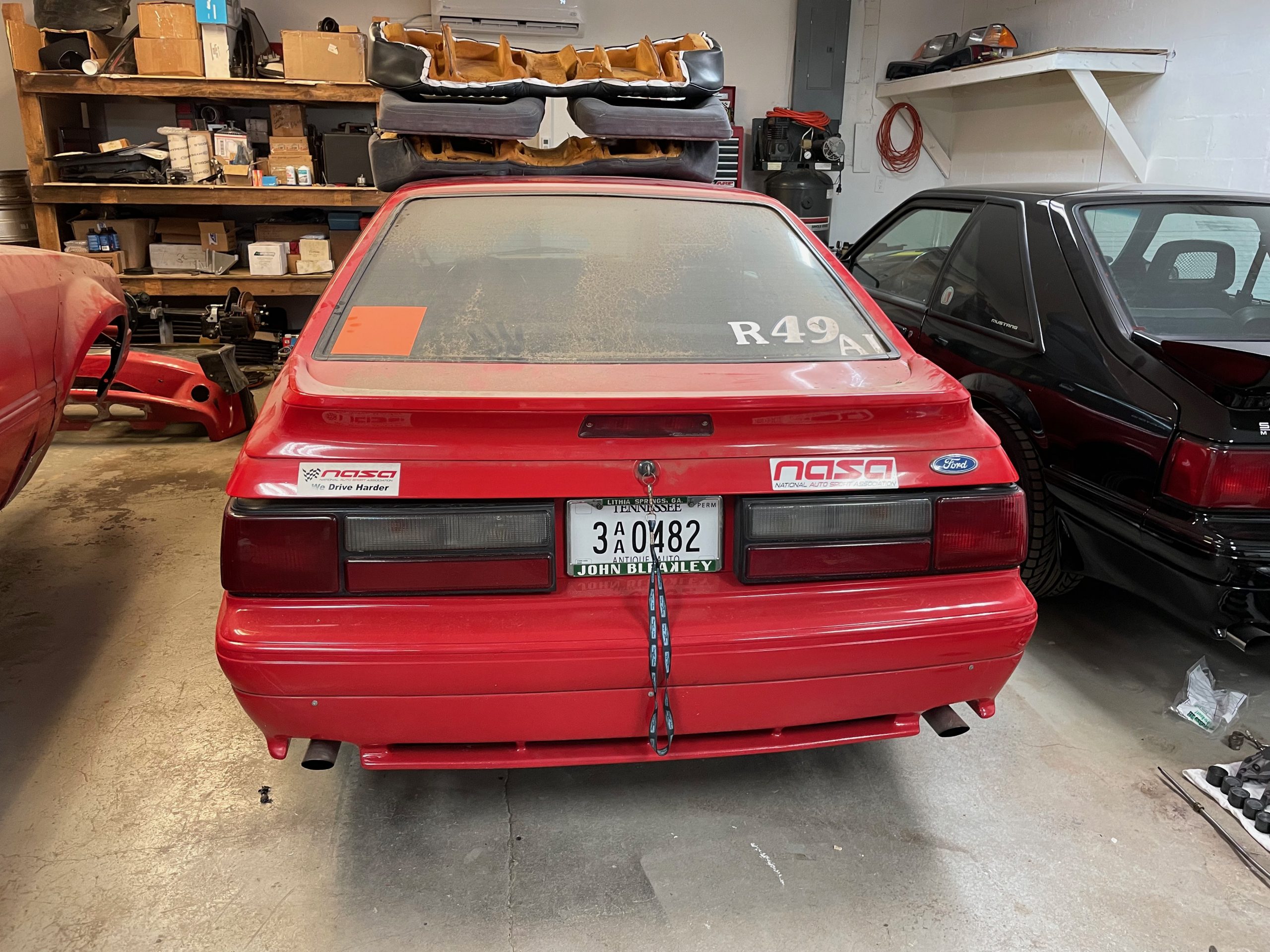 The first reason we did this is because the LX hatch on the race car was still the OE factory style hatch with seam sealer and all the correct details from a production line piece.  The DOT hatch on the Bleakley Saleen was missing seam sealer which is how those parts were made.  The seam sealer was supposed to be added right before painting.

The second reason is that this LX hatch from the race car has all of the holes for an LX wing still in it.  This saves a bunch of work trying to drill holes in the Bleakley Saleen hatch because it only has five holes in it for the aftermarket Saleen wing that is on it.

So as you can see we’re trying to save a little work for ourselves and keep a factory looking hatch on the Bleakley Saleen.  We’re also preparing for the arrival of a correct double stack wing for the car.

Although the hatch is red, it doesn’t match perfectly.  But it is good enough for right now with our “Sanford and Son” look of the car.