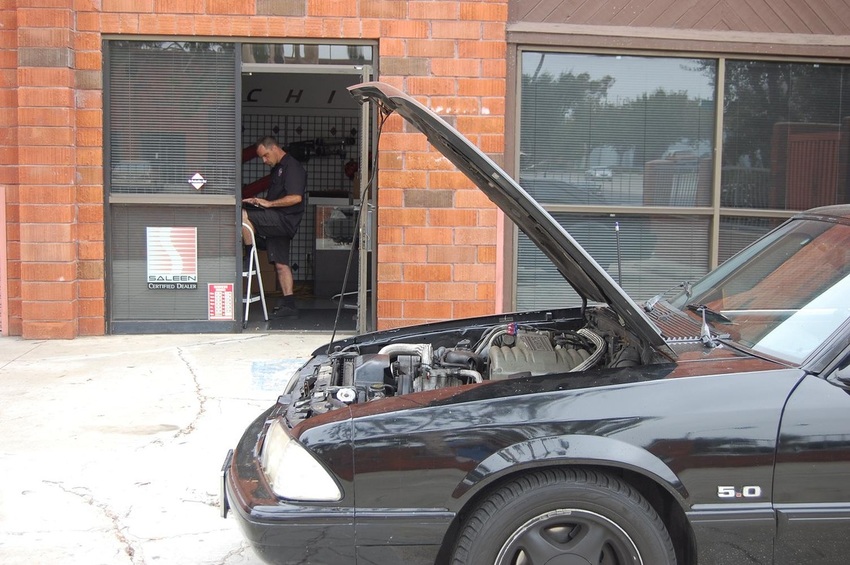 Almost Four at Chicane with Joe Gosinski in the background. Joe was the technician at Saleen that built the nine Saleen SA10 Mustangs

Going back to 1996 or 1997 in my mind I can remember a conversation in college with my close buddy Chris who is and forever will be a Mustang fanatic. I had always liked the Fox Mustangs and like many dreamed of having one while in high school. We were chatting about Saleen Mustangs and he mentions a Saleen SA10. I wasn’t aware of the car at that time and asked “What’s that?” He grabs a book and proceeds to show me a pic and explains what the car was all about. I commented “Wow, that’s over the top!”. He said it was a 10th anniversary car for Saleen but that only 9 were produced. Being the type of person I am I started asking questions about why only 9 were produced for a 10th anniversary model. It only made obvious sense to make 10 cars for 10 years of celebration. That is where this journey all started.

My first view in person of a Saleen SA10 was car number two. The owner has a restoration shop and parts business and it was on display there. I can still remember walking around it for the first time. You have to realize that I’m on the East Coast where Saleen’s were not as well known unlike Southern California where they’re more well known because they’re built there. So seeing a Saleen SA10 in person was a huge deal especially when it wasn’t a planned trip to a show. I just walked into the shop and there it was. Looking at the options on that car you could immediately tell this was a car that was above and beyond a standard production Saleen. That was the whole goal of Steve and his staff. 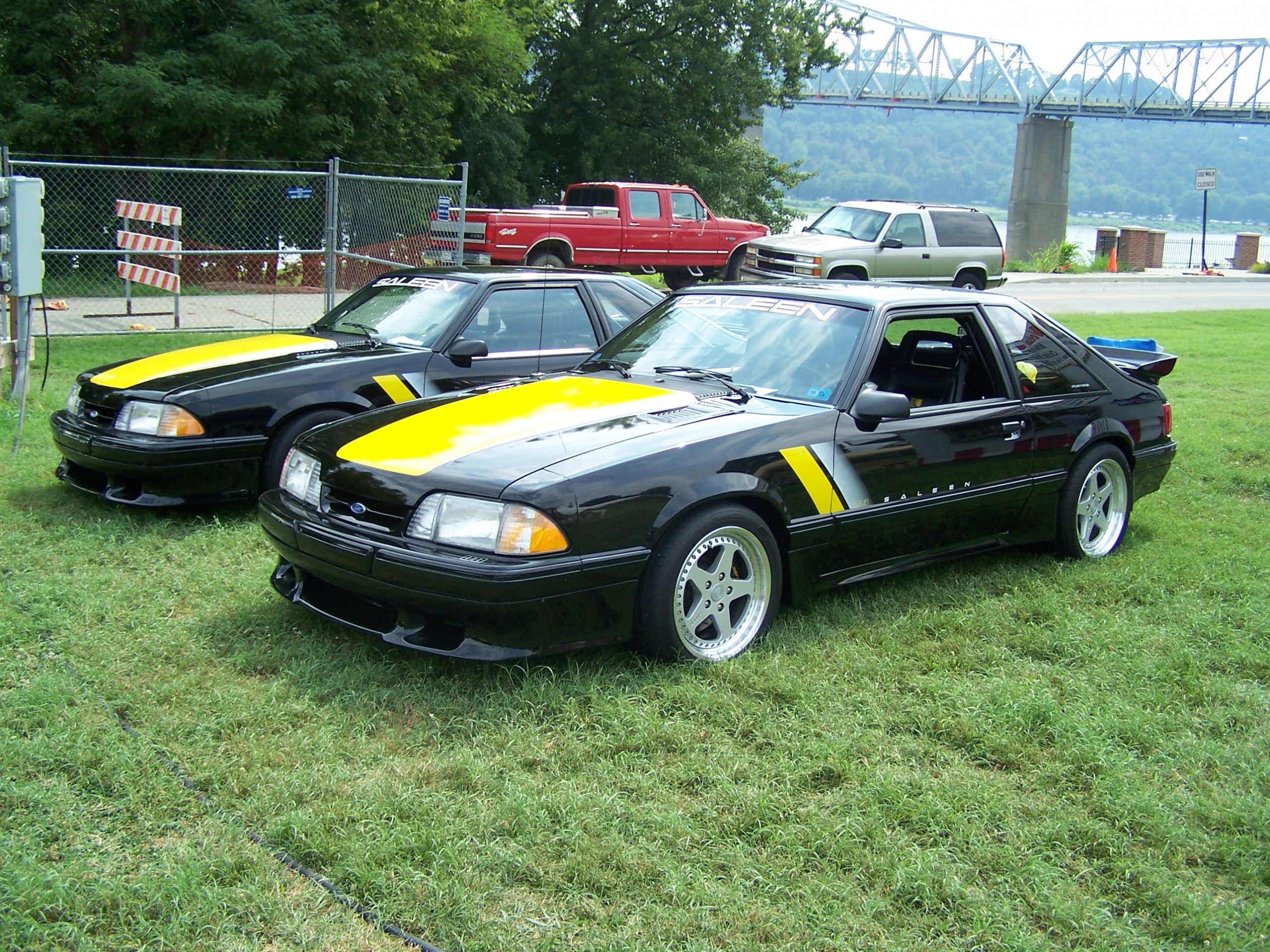 Many years go by and I would often think of that conversation. The internet was growing but there wasn’t a lot of information on the Saleen SA10 online. I had grown in knowledge about the car because of my connections in the hobby with many Saleen enthusiasts. I learned that there were 10 cars ordered to be built as Saleen SA10’s. This peaked my curiosity even more. I started wondering where that one car got away. Was it sold off as an LX? Did Saleen build it out as a regular Saleen? Was it in Steve Saleen’s personal car collection just waiting to be built? My mind thought of these questions often but there were no firm answers to any of them. These were things I had thought of in the span of about 10 years and I would do some searching from time to time but hadn’t directly focused in on it.

Fast forward to 2009 at the 45th Anniversary Mustang show at Barber Motorsports Park. There were three Saleen SA10’s at that show. Number three, number five and number eleven. I got to chat with the owner of one of those for an extended period. He was kind enough to give me a piece of the puzzle that would allow me to hammer down on my hunt. I got the vehicle identification number (VIN) to what would have been Saleen SA10 number four. Without this the search couldn’t begin. 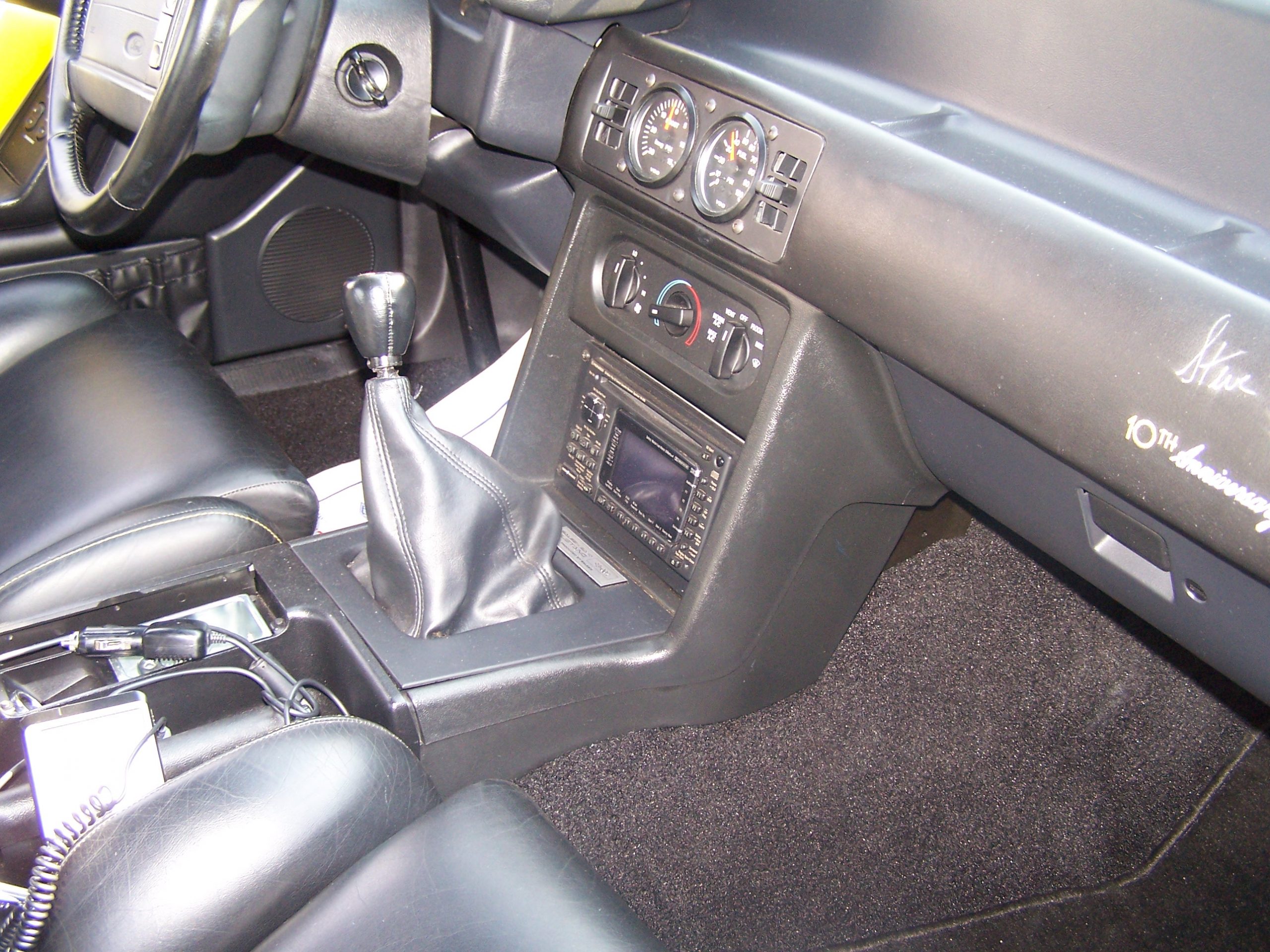 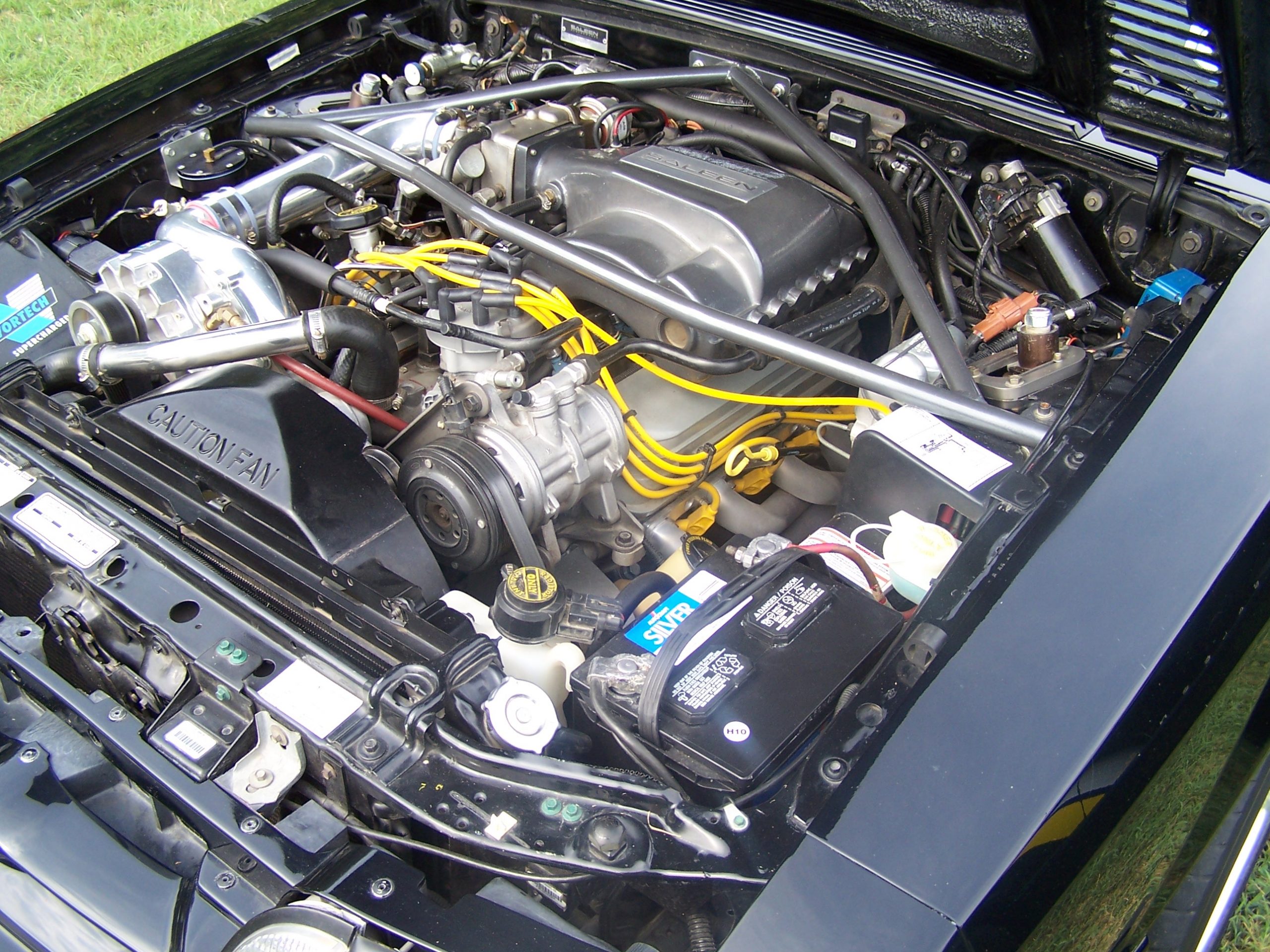 With the VIN in hand I was very excited leaving that show. Once I got home I started connecting with other Saleen owners who could help me find this vehicle. My first thought was that it was built as a regular Saleen. This was a very typical process in Saleen production. After checking The Saleen Book by Brad Bowling I couldn’t find any reference to the last three digits of the VIN I had. I then realized it was going to be a little tougher than expected to find this car.

I made a phone call or two after that to check on a couple of black 93 Saleen hatches to double check the VIN on them. It was after those calls that I realized the car was never built as a Saleen. I pulled the Carfax on the car at this point and was surprised. The car was still in southern Los Angeles and had just been emissions checked one month prior. What great news this was for me. The car hadn’t been totaled or stolen. A close friend and Saleen enthusiast who lived in L.A. was kind enough to take time to try to get in touch with the owner. To no avail we just couldn’t get the owner to contact us back. Phone calls to notes left in the mailbox. It was just not meant to be. That is what I told myself. But I was closer than I had ever been.

On a whim I decided to start checking craigslist in L.A. just in case a black on black LX mustang would ever show up. In July of 2010 I did a search and a listing came up that caught my eye. I opened it and there were the names of the owners in the listing. The excitement of a kid the night before Christmas hit me like a freight train. I immediately e mailed the link to my buddy Mark in L.A. saying “This is it!!!!!!!!!!!!!!!!!!”. Within 15 minutes he texted me to say he was in touch with the owner and for me to give him the VIN on the car. He had asked the owner to go get the VIN to do a check on CarFax. Reality is that we needed it to make sure it was the right car. I already had a CarFax. As Mark was on his way home the owner called him back and he had to stop the car to look at the numbers. As the owner read the VIN Mark commented that it was like watching the lottery balls fall on TV when the last six digits were read. Those were the six that mattered most because it signified that this car was supposed to be Saleen SA10 number four. We had found it! Mark talked to the owner to set up a time the next morning to go look at the car. I literally didn’t sleep that night. 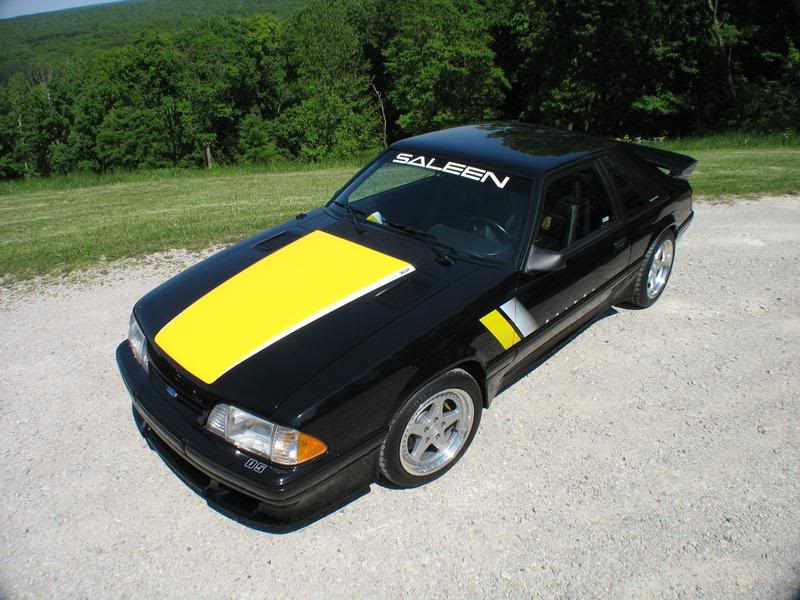 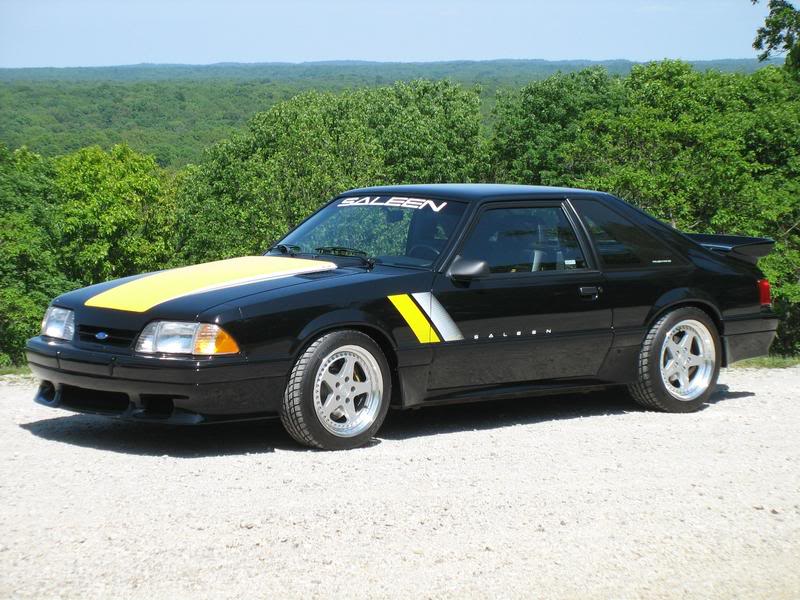 The next morning Mark met with the owner and bought the car. He asked me if I “really wanted it” because it was “rough!” I said YES! I definitely want it. I’m going to tear it apart and build it anyways. So the deal was struck and I was now the proud owner of a car I had thought about and chased down for many years. Then Mark mentioned to me that he had a surprise for me. It’s obvious that he had to take someone with him to bring the car back. So instead of just grabbing anyone he could find he called up his buddy Joe. Joe owned this shop called Chicane (shi-cane) and he was also the lead mechanic and tech for Saleen during the 1990’s. Mark decided to grab “The Guy” who built the nine Saleen SA10’s. How cool is that?!! Joe drove the car back to his shop for me and held on to it for three days until I could get a transport truck over to have it shipped out. He did a little maintenance on the car so that it would make it home.

Sadly about six months after this all took place Joe would be abruptly taken from us. Words can’t say how I feel about that. It was great to spend some time on the phone with him to talk about the build of the nine SA10’s. Those are priceless memories for me and something I’ll never forget. Thank you Joe, you are and will be greatly missed.

Below are the pics that were taken the day of purchase.  She was in pretty rough shape.  Just a baked and used 1993 5.0 Mustang 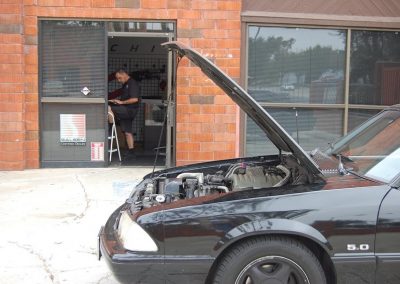 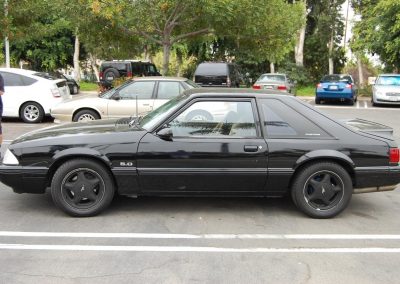 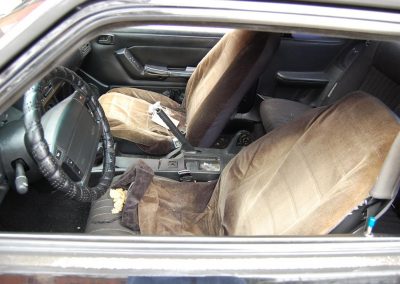 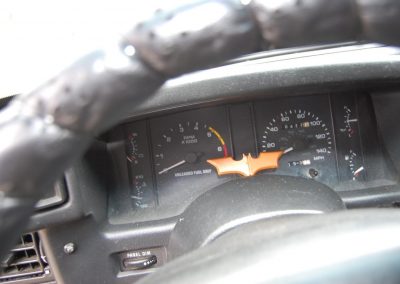 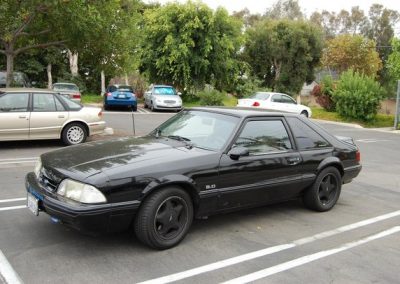 Almost Four on the day of purchase in 2010 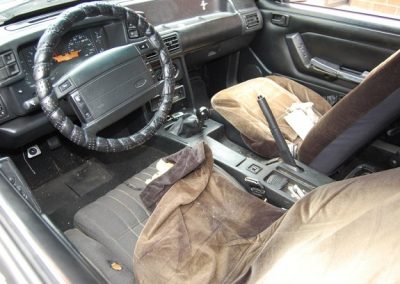 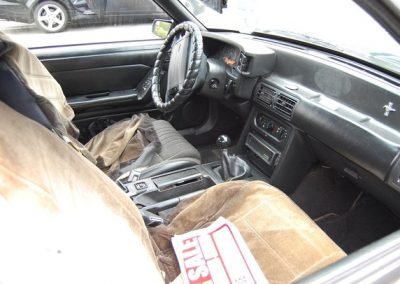 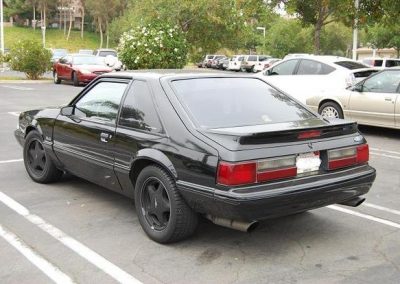 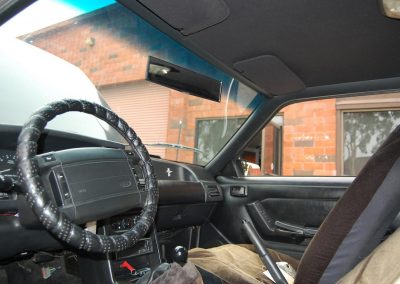 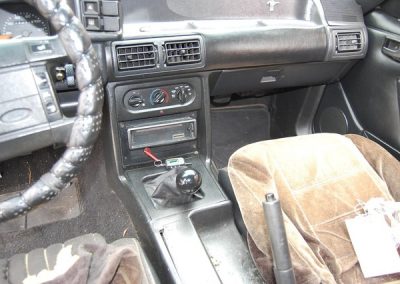